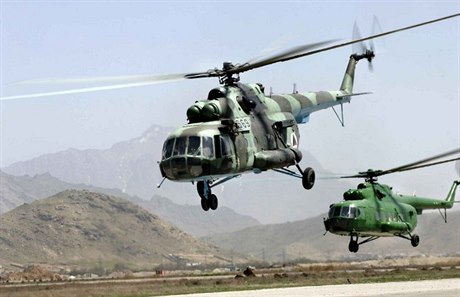 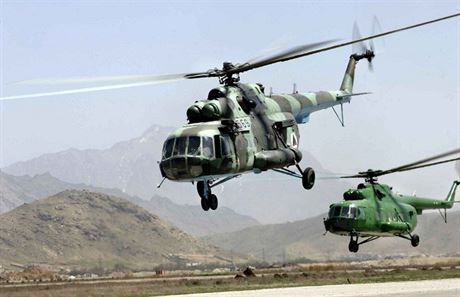 During his Oct. 27 meeting in Washington with US President Barack Obama, Czech Prime Minister Petr Nečas put forth a proposal for NATO pilots to be trained to fly Russian Mi-type helicopters at the LOM flight center in eastern Bohemia. The Czech military, however, wants to swap 32 Mi-type helicopters for 16 Boeing MH-6 type helicopters, the weekly Ekonom reported; these developments have rekindled speculation over the coveted LOM enterprise’s future.

“I’m convinced that it [the proposal] was of interest to our American partners. All NATO member states face the same problem: They are under budgetary pressures which affect defense spending, thus the attempt to concentrate capacity and to specialize is the right step,” Nečas (Civic Democrats, ODS) said in a statement cited by Ekonom.

The proposal is by no means a fresh initiative. US and Afghan pilots have already undergone training at the flight training center near Pardubice, owned by state-controlled LOM, a leading provider of complex repairs and customization of Russian-made Mi-type helicopters. However, this training was conducted under a bilateral Czech–US agreement, and the Ministry of Defense, which owns LOM, is keen to expand training there and make it a so-called NATO Center of Excellence.

The US military has bought dozens of Mi helicopters from third countries for service in Afghanistan and Iraq, and in May signed its first deal to buy directly from Russia, via state-controlled arms exporter Rosoboronexport. Under the $17.5 million deal, the US military is due to take delivery of 21 giant Mi-17 transport helicopters this month. The multipurpose Mi-17s — an export version of the Mi-8 Hip — can carry up to 37 passengers.

But the Czech military’s own plans appear to run counter to the ambitions to develop the center and widen cooperation; Ekonom’s article Thursday cited a confidential draft Defense Ministry plan for the Czech Air Forces helicopter fleet according to which the military would send eight of its giant Mi-17s  and up to 24 of its Mi-24 combat helicopters to Afghanistan in exchange for 16 Boeing MH-6 helicopters — eight transport versions and eight combat versions, the weekly said.

The Ministry of Defense informed Czech Position that plans for the expansion of pilot training in Pardubice are already under discussion Ekonom’s information is surprising since the ministry’s forward-looking White Paper on Defense — a proposal for the future  equipment and personnel of the Czech Armed Forces— calls for the offloading of combat helicopters in favor of transportation helicopters.

The ministry informed Czech Position on Thursday that plans for the expansion of pilot training at Pardubice are under discussion but in the preparatory stages, which indicates that Nečas’ proposal to Obama was not a new initiative.

“We are currently looking for an agreement between the experts from the interested countries i.e. the Czech Republic, the United States and Croatia. First and foremost though — and at present this is the most important point — it’s necessary to gain the support of the political representatives of those countries,”  the defense ministry said.

“That’s the reason this theme appeared on the agenda of talks between Nečas and Obama,” it added, noting the door is open for other NATO members to sign up for the joint training plan; other NATO members with military Mil helicopters include the UK and Canada.

The ministry said its proposal for NATO use of the LOM flight training center is in line with NATO’s Smart Defense policy and the European Union’s Pooling and Sharing initiative, which both also call for NATO countries to optimize military spending through specialization by individual countries.

Substitute for US radar

PM Nečas believes it was a mistake that the Czech Republic did not have alternative strategic projects ready when the Obama administration announced it would abandon plans for an missile defense radar to be sited on Czech soil as part of the US missile defense shiled strategy drawn up during George W. Bush’s presidency, the government press release said: “Now an international training center could be a substitute for it. This should be discussed at the next NATO summit in Chicago in May, 2012,” it said.

The LOM enterprise, which has its main operations and workshops in Prague, is unique in so far as it is the only provider of comprehensive repairs and services for Mil helicopters in the EU. Nevertheless, the future of the enterprise remains uncertain, LOM director Jindřich Ploch told Czech Position in August.

“The founder [i.e. the defense ministry] should say clearly what it demands of the state enterprise. The White Paper contains a basic outline, nevertheless, the ministry should say which services it should have this year, in two years. As the director, I need to know now exactly what will be in 2013. But I don’t,” Ploch said.

Penta, which owns Czech aircraft manufacturer Aero Vodochody, has confirmed it would be a potential buyer. There is speculation that the ministry may sell LOM and reportedly plans to conduct a comprehensive audit of LOM before making any decisions about the enterprise’s future.

“It was about cooperation in pilot training where both firms [already] cooperate,” Defense Minister Alexandr Vondra (TOP 09) told Czech Position. However, a source close to developments at the defense ministry told Czech Position no aviation or flight training experts were among the defense officials who visited Honeywell’s HQ in Morristown, New Jersey.

While Honeywell hasn’t commented on interest in buying into LOM, the Czech private investment firm Penta, which owns Czech aircraft manufacturer Aero Vodochody, has confirmed it would be a potential buyer. There is also reportedly interest from Russia.