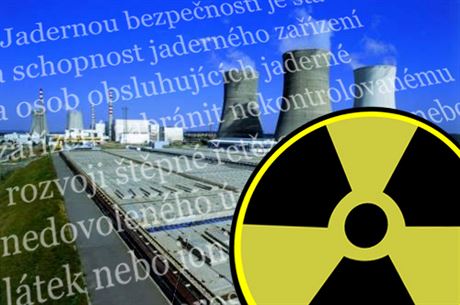 The message making the rounds in the Czech media is that we are the third most-successful country in achieving nuclear safety. This information is complete nonsense. The cited ranking — issued on January 11 from the American group the , which monitors the security of nuclear materials from the standpoint of abuse — has little in common with the nuclear safety of atomic power plants.

The NGO’s report, NTI Nuclear Materials Security Index: Building a Framework for Assurance, Accountability and Action, was developed with the Economist Intelligence Unit (EIU), and assesses countries with weapons-usable nuclear materials across five categories: Quantities and Sites, Security and Control Measures, Global Norms, Domestic Commitments and Capacity, and Societal Factors. The 144 states without weapons-usable materials are assessed across a subset of these categories.

“Australia ranks number one out of the 32 states with weapons-usable nuclear materials, with Hungary, the Czech Republic, Switzerland, and Austria rounding out the top five. The United Kingdom ranks highest among nuclear-armed states at 10; the United States ranks 13th. Among countries without weapons-usable nuclear materials, Denmark earns the top spot,” the NTI said.

Czechs are not making the Bomb, and any radioactive materials that can be used in nuclear weapons are reliably stored. Only Australians and the Hungarians do better. Such findings honor Czech nuclear engineers but have little to do with an assessment of the nuclear plants' overall safety.

It is time to burst the bubble that has arisen from a faulty interpretation of the rankings. The NTI is not remotely involved in nuclear power plant safety, instead, as its name suggests, it stubbornly monitors all the possibilities for nuclear material getting into the “wrong hands.”

What do the experts say? Nothing?!

Who intercepted this canard? It wasn't any of the nuclear experts — of which the Czech Republic alone has many hundreds — but rather Jan Beránek, an experienced anti-nuclear activist from the European headquarters of Greenpeace.

Didn't any of the esteemed nuclear engineers mind that a falsity was being created about such a serious matter? It is hard to believe that most simply overlooked this fallacy, greatly underestimating Czech nuclear risks, just because it was convenient. But why didn't anyone raise the alarm? Was it because they liked how biased Czech journalists gave anti-nuclear Austria a verbal beating, as its nuclear safety is no better than the Czechs with their Temelín?

Why are the experts keeping mum about this media massage without a cause? Perhaps it is the embarrassing fact that talk may turn to the long-term weakness of Czech nuclear power: four of the six Czech reactors now in place lack the massive protective envelope called containment. This fact alone means that the Czech Republic won’t be at the top of legimitate nuclear safety tables.

On the other hand, advocates of Dukovany, so far highly reliable, will go to great lengths to convince you that their reactors do not need an envelope and the risk of radioactive leaks from the reactor would be dealt with in a different way. Fortunately, this has yet to be put to the test. There are, however, enough of those doubting the theoretical solution to the risks at Dukovany.

Dana Drábová, the head of the State Office for Nuclear Safety (), modestly spoke in an article on the public television news server ct24.cz boasting about taking bronze in the world of nuclear safety: “No serious deficiencies were found, and we were ranked quite high; that's nice, but on the other hand this does not mean we can rest on our laurels.” And although she did not mention it, she clearly didn’t mind that the dumb-downed reader — and doubtless the TV viewer in the previous live version — automatically related it to praise for nuclear safety. Drábová clearly didn’t mind that most people automatically related the NTI findings to praise for Czech nuclear safety.

In this instance, it is the duty of the head of SÚJB to object to a self-serving interpretation of the results. Maybe, in so doing, she’d find greater satisfaction than from merely sitting back and observing the avalanche of propagandist articles blurring the initial mistake until it is unrecognisable.

Not even the Pope can write the Bible, the head of SÚJB could participate in the Appendix to the Atomic Act. After approval by Parliament and the President's signature, the Atomic Act becomes her Bible. It says:

“Nuclear safety is the state and the ability of nuclear installations and persons operating a nuclear device to prevent the uncontrolled development of a fission chain reaction or the prohibited leakage of radioactive substances or ionizing radiation into the environment, and restrict the consequences of accidents.”

It’s not possible to give a clearer and more binding definition of what is and what isn’t involved in the concept of nuclear safety. Despite this, in his article in Deník Referendum, Greenpeace’s Jan Beránek added several other definitions from respected books and servers. The main thing stemming from the Atomic Act and the other definitions is that the ranking has nothing to do with an overall assessment of nuclear safety.

Even graft and error can produce a false victory

Czech corruption considerably eludes both the Czech police and American experts. Otherwise, the Czech Republic could not hold on to third position in the ranking, since one of the criteria examined is corruption.

Allegedly, 176 countries were assessed, but only 32 got into the rankings. What do they have in common? That each one is known to have at least a kilogram of fissionable material, which could be used for the manufacture of nuclear weapons. Countries are ranked by the “Nuclear Materials Security Index.” The mainly monitors highly enriched uranium and plutonium. And, of course, their mixes, produced for the needs of new types of fuel.

One key element of the assessment is the amount of fuel and its place of storage. And, in particular, the number of storage sites; too great a number could mean a higher risk of nuclear material going missing. The compilers of the NTI report were interested in how the fuel was secured and the control measures. Other criteria involved included such matters as treaties, national commitments and societal factors, and, in particular, the country's political stability, transparency and the level of corruption.

A result of the assessment is the nuclear materials index, giving a numerical expression determining the country's final ranking. No one here has enjoyed so much attention as this year. Oddly it became associated with false information unduly relating to the safety of nuclear power plants. Whether this was due to a negligence or not, the ranking is a warning, and not as concerns the safe storage of nuclear materials but rather against other similar “errors” that may influence public opinion through false data.