Northern Europeans tend to set out on their own earlier than those in the south or new EU states, report shows 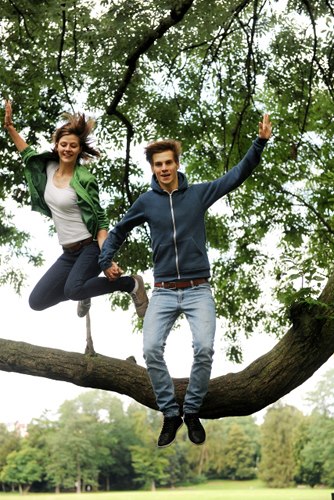 Young Czech adults live with their parents slightly longer than the EU average, according to a recent report by Eurostat, the EU statistical arm. The overall research, based on data from 2008, showed 45.6 percent of young adults in the EU between the ages of 18 and 34 still lived with at least one of their parents.

“Countries can be grouped into clusters, with, on the one hand, the northern Member States, where young adults tend to leave the parental home earlier, and on the other hand, a group of countries composed of most southern countries, as well as some new Member States, where young adults tend to stay longer with their parent(s),” Eurostat said in a summary of the statistics.

Across the EU, the main reason given for those between 18 and 24 living with one or more parents was education. “Not surprisingly, there are substantial differences between the age groups 18–24 and 25–34. On average in the EU-27, a majority (54.8 percent) of young adults aged 18–24 living with their parent(s) declared they were still in education, while this dropped to only 13.4 percent for those aged 25–34,” Eurostat said.

The share of young adults aged 18-24 living with their parents and involved in education ranged from 27.7 percent  in Malta to 77 percent in Slovenia. The Czech Republic, while above 50 percent, was just short of the EU average. ‘Not every job automatically leads to financial self-sufficiency.’

Finding a job does not automatically mean that a young person will move out.  “Access to employment with a stable situation is a key condition for developing an independent life, and, in the case of young adults, to setting up their own household. However, not every job automatically leads to financial self-sufficiency,” the report said. In 2008, in EU-27, some 51.1 percent of young adults aged 18–34 living with their parents were working full or part time.

One factor that may lead young adults to live at home is the lack of affordable housing. “This may be particularly relevant for those aged 18–34 who live in urban areas and do not need to move out of the parental home in order to find a job,” the report said.

The Czech Republic was above the EU average for women between 18 and 34 living with a partner in consensual union. A consensual union as defined by Eurostat means both partners live in the same household either with or without a legal basis such as marriage. The EU-27 average for women between 18 and 34 was 47.6 percent, while for the Czech Republic it was 48.8 percent. ‘Women, on average, marry or move out with a partner earlier than men.’

The number of Czech men living in a consensual union with a partner, at 34.7 percent, was just below the EU-27 average of 35.8 percent.

“A key factor driving the gender imbalance among young adults living with their parent(s) is being involved in a consensual union with a partner (with or without a legal basis). Women, on average, marry or move out with a partner earlier than men,” Eurostat stated.

There is some overlap in the figures for living with parents and living in a consensual union, with 4.5 percent of young adults in the EU-27 doing both.