Czechs rank highest in the EU for using public transportation, but they don’t want to compromise on car quality to reduce CO2 emissions 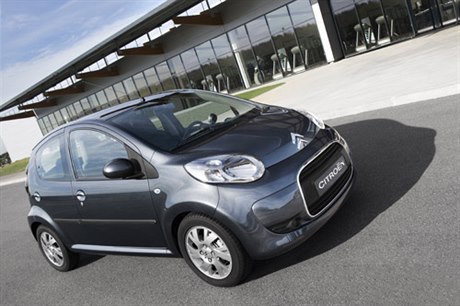 Those Czech who do drive are among the least willing in the EU to switch to public transport foto: © TPCA, Česká pozice 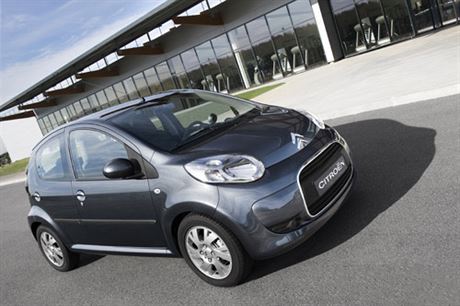 For getting around on a daily basis, the some 37 percent of Czechs said public transportation was the main mode of transport on a daily basis, a newly published Eurobarometer flash report on the future of transport stated. This was the highest proportion of any EU country. It is also one of only three countries — along with Hungary and Latvia — where more people rely on public transportation than on cars as a means of primary daily transport.

But Czech drivers scored as some of the toughest customers when it comes to reasons that would make them change their minds and leave their cars at home, coming in dead last in most categories. They also are among the most unwilling to sacrifice car quality to reduce greenhouse gases.

Central and Eastern European counties took most of the top spots in use of public transport, with — after the Czech Republic — Latvia at 36 percent, Hungary at 35 percent, and Poland and Estonia tied at 32 percent. The level of reliance on public transportation dropped to 5 percent in Cyprus, due largely to a lack of infrastructure.

Slovenia and the Netherlands were close to Cyprus, with roughly one-tenth of interviewees saying they mainly used public transport. The Netherlands, however, scored highest on people using “nonmotorized individual transport” such as cycling and walking.

“A slim majority (53 percent) of EU citizens said they used a car as their main mode of transport and about one in five (22 percent) used public transport. ‘Walking’ was mentioned by 13 percent of EU citizens, and 7 percent selected ‘cycling.’ The least popular choice was a motorbike, mentioned by 2 percent,” the Eurobarometer report stated.

The Czech Republic ranked 21st out of the 27 EU members for relying on “motorized individual transportation,” meaning mainly cars and motorbikes. Some 36 percent of people list cars as the main mode, and an additional 2 percent listed motorbikes. Cyprus (at 89 percent) and Slovenia (at 68 percent) led the EU for relying primarily on cars.

Cycling, at 7 percent, and walking, at 16 percent, was enough to for Czechs to score 10th place and slightly above the EU average for nonmotorized transportation.

Across the EU, preference for types of transportation followed gender and educational patterns. “Men were more likely than women to say that they used a car to get around on a daily basis (59 percent vs. 47 percent of women). Women, on the other hand, more frequently said that they usually walked (16 percent vs. 9 percent of men) or used public transport (25 percent vs. 18 percent),” the report said.

But leave my car alone

‘Respondents in the Czech Republic were the most likely to answer that it was ‘not likely’ or ‘not likely at all’ that they would accept such a compromise.’

In Cyprus — which relies most heavily on cars as a main means of transport — 75 percent of respondents said that they would be likely to buy a car that needed refueling or recharging more frequently if this would help reduce emissions. In Romania and Lithuania, on the other hand, just 48 of respondents are willing to reduce range.

“Respondents in Finland and the Czech Republic were the most liable to say they would probably not compromise on a car’s range (41 percent of ‘not likely’ and ‘not at all likely’ responses),” the report said.

Price is also a factor that Czechs are rather unwilling to sacrifice to reduce greenhouse gases. “Although respondents in France were among the most likely to compromise on a car’s speed, size and range, they appeared to be less likely to be willing to buy a ‘clean’ car if it was more expensive. Czech respondents, in fact, were the only one’s more likely than the French to say that it was ‘not likely’ or even ‘not likely at all’ that they would compromise on a car’s price (46 percent in the Czech Republic and 41 percent in France),” the report said.

The survey is based on fixed-line telephone interviews, with nationally representative samples of EU citizens (aged 15 and older). The target sample size in most countries was 1,000 interviews. In total, 25,570 interviews were conducted by the Gallup Organization from Oct. 15–19, 2010. Statistical results were weighted to correct for known demographic discrepancies.

Eurostat
Vstoupit do diskuse (1)
Registrace: smskou dopisem
CZECHPOINT101 Use of Public Transport in Czech Republic vs Canada I can say coming from... 8:57 30.3.2011