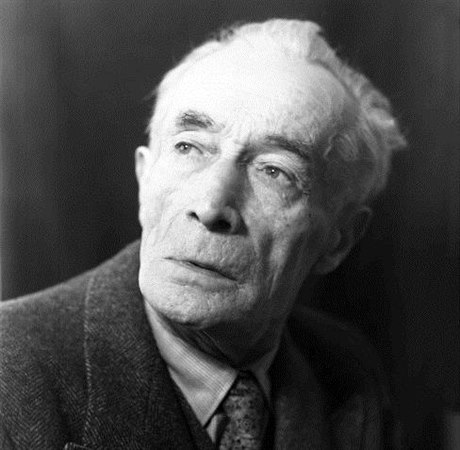 The artist as an ageing man foto: © ČTK, Česká pozice 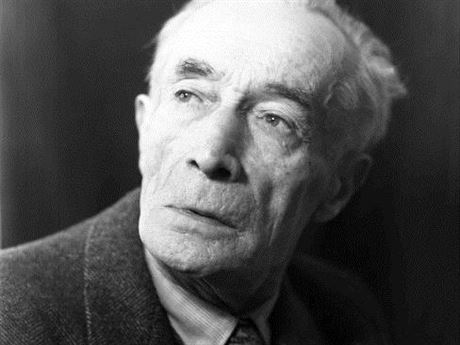 Czech campaigners calling for the remains of one of the country’s foremost modern artists to be repatriated from France say they taken a major step forward after getting backing for their bid from the Ministry of Culture.

The campaign focuses on the ashes of graphic and later abstract artist František Kupka, which now rest in a columbarium in a hidden corner of Paris’ famous P?re Lachaise cemetery.

“The Ministry of Culture on February 28 gave its support for this, so we can go for it,” one of the leading members of the campaign, Lenka Jaklová,told Czech Position.  Jaklová’s daughter rediscovered the forgotten remains of the celebrated painter, whose works now set auction records, in the cemetery five years ago.

“They are is a totally anonymous spot in the cemetery,” Jaklová, a member of the city council of the eastern city of Hradec Králové for the TOP 09 party added. Kupka’s works have a place of honor in the Hradec Králové Gallery of Modern Art.

Jaklová says the inscription at P?re Lachaise mentions Kupka’s service in the French army during WWI, he eventually becoming a captain, and the fact that the earned the Légion d’honneur, but there is nothing about him being a world famous artist. He is also referred to as Fran?ois Kupka, using the French version of his first name.

‘It would be appropriate because he would be there along with the likes of Alfons Mucha and others.’

If Czech plans go ahead, František Kupka’s ashes would be moved from the modest spot in Paris to Prague’s  Vyšehrad cemetery, the final resting place for many of the Czech nation’s most famous artists, composers, writers, scientists and leaders.

The most famous part of the cemetery is the recently reopened Slavín tomb, a pantheon built in 1890 in which more than 50 famous Czechs are buried. “It would be appropriate because he would be there along with the likes of Alfons Mucha and others,” Jaklová said, referring to the Czech who also made his mark in Paris and the world for his art nouveau posters and massive historical paintings later in his career.

So far there has been no official signal from French authorities whether they will be willing to agree to the Czech request once it is officially dispatched.  Czech Minister of Culture Alena Hanáková(TOP 09) is to make an official approach to her French counterpart following Tuesday’s decision.

Jaklová says French authorities are well aware that the Czech request in the pipeline from their Prague embassy and the Czech ambassador in Paris.

She is upbeat that the request will be accepted. “If there were a similar demand from the French about a worldwide known Frenchman, they would make similar efforts to get his remains returned. I hope they will understand,” she added. Kupka left no descendents in France or the Czech Republic who might have an opinion where his last resting place should be, she added.

Czech efforts to return Kupka’s remains have the backing of some high profile personalities such as  Cardinal Dominik Duka, the head of Prague’s Academy of Fine Arts, Tomáš Kotalík, and Meda Mládková, the founder of Prague’s Museum Kampa, which boasts one of the biggest collections of the artist’s works. Support also comes from the town of Opočno, where the artist was born in 1871, and the Hradec Králové region, which regards Kupka as one its most famous sons.

‘We do not have the right to return him to this country without his wishes that he be taken back from France.’

But there are dissenting voices as well. A group of Czech art historians have dispatched a letter to the Ministry of Culture pointing out that Kupka quit his homeland for France in 1894 and never showed any signs that the wanted to go back or have his remains taken. “We can be really proud that Bohemia gave the world such a big personality as František Kupka. But we do not have the right to return him to this country without his wishes that he be taken back from France,” the letter reads.

In France, Kupka first worked as an illustrator of books and posters and achieved some notoriety for his satirical drawings for newspapers and magazines. He settled in the Paris suburb of Puteaux in 1906 and never moved away until his death in 1957.

His shift towards abstract art is dated from around 1911 and a year later he took part in an important Paris exhibition alongside the pioneers of Cubism, though he refused to be identified with that movement. He helped create the loose association of artists in Paris in 1931 known as Abstraction-Création and as well as the abstract art movement Orphic cubism (Orphism).

From 1919 he was supported by the Czech industrial patron, Jindřich Waldes, the founder of the  famous Waldes Koh-i-noor Company buttons and fasteners company. A large part of his personal collection of Kupka’s works was transferred to the Prague National Gallery.

A painting by Kupka has been used as the basis for the design of the Czech Olympic team’s uniforms for the London games this year. His paintings are increasingly sought after at home and abroad with those coming to the market often setting record prices.