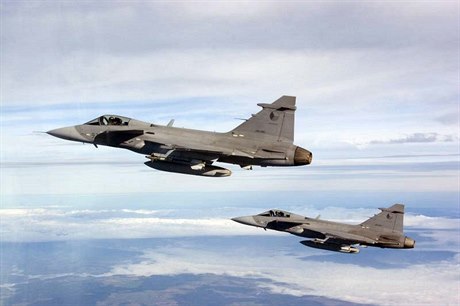 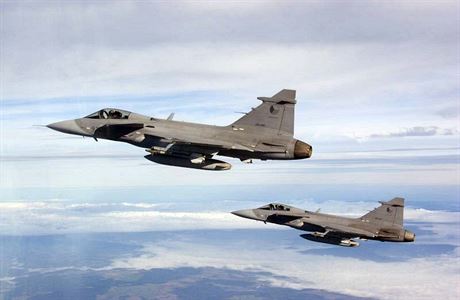 A Czech probe into one of the biggest suspected corruption cases in the country has received what investigators hope could be breakthrough information from the British Serious Fraud Office (SFO) after a top level intervention from Czech and British prime ministers.

The SFO documents relate to the Czech attempt to buy 24 JAS Gripen jet fighter planes from the Anglo-Swedish consortium formed by BAE Systems and SAAB.

The Kč 60 billion deal  was signed by the Czech Social Democrat (ČSSD) government in 2002 amid suspicions that the massive deal, which eventually fell through after it failed to win support in parliament, was greased by large corruption payments by the arms companies and their middlemen.

The long drawn out Czech investigation has been stalled by problems getting key information and cooperation from foreign investigators, including the SFO which has probed a series of high profile international corruption cases concerning Britain’s biggest arms company, BAE. Czech Prime Minister Petr Nečas (Civic Democrats, ODS) raised the issue with his British counterpart, David Cameron, when the latter visited Prague at the end of June. The British premier promise of full cooperation has borne rapid fruit.

‘We received the documents from the British SFO on August 8.’

“We received the documents from the British SFO on August 8,” Irena Válová, spokeswoman for Prague’s Supreme State Prosecutor, which is in charge of the investigation, told Czech Position, adding that the office was still waiting for an official translation of the documents.  “It is not the fact that we do not have people here who understand foreign languages, but there must be an official translation,” she explained. Válová would not comment on the content of the SFO’s information beyond confirming that the Czech side was seeking fresh information and hoping for a breakthrough in the long-running case.

Prime Minister Nečas welcomed the fast British reaction to his request for help. “I am glad that things have moved after my intervention and that the British side reacted so quickly. Now it is up to the Czech authorities to carry out and an in-depth and independent investigation,” he told the daily Hospodářské noviny.

As well as the SFO, the Czechs also asked for legal help from Poland, Austria, the United States and Switzerland over the Gripen corruption probe.  Válová said replies had been received from Poland and Austria but were still being waited for from the two other counties. “There is no timetable for this. In such cases it can take months or even years to get a response and legal cooperation might be refused altogether,” she explained. She denied reports that she had said that a US response was on the way.

High Czech hopes that the British could provide breakthrough information have been fueled by depth of the SFO’s investigations into BAE Systems graft payments and use of middlemen worldwide to land multi-billion dollar arms deals.

Czech hopes that the British could provide breakthrough information have been fueled by depth of the SFO’s investigations into BAE Systems graft payments and use of middlemen worldwide.

SFO investigations in particular focused on the massive £40 billion Al Yamamah arms contract to Saudi Arabia. The investigations also covered the suspected use of middlemen in Central Europe who paid bribes to land Gripen contracts. The latter included Austrian aristocrat Count Alfons Mensdorff-Pouilly who was charged in a British court at the start of 2010 of corruption involving Gripen deals.

The SFO case was, however, hurriedly dropped as a result of a $500 million worldwide in the US between BAE and the US Department of Justice, which had been leading the US end of a probe into the British arms producer and trader. That worldwide deal stopped many of the SFO’s investigations in their tracks.

Mensdorff-Pouilly has been accused of conspiring to give or giving payments between January 2002 and December 2008 to “unknown officials and other agents of certain Eastern and Central European governments, including the Czech Republic, Hungary and Austria as inducements to secure, or as rewards for having secured, contracts with those governments for the supply of goods to them, namely SAAB/Gripen fighter jets by BAE Systems.”

At the time, the SFO said its case was based on cooperation between the Ministry of Defence Police in the UK and collaboration with Austrian, Czech, Hungarian and Swiss authorities and coordination by European police cooperation organization, Eurojust.

The Austrian aristocrat, originally from Vienna but who also owned a Scottish castle, had even appeared and been bailed by a London court pending the full opening of the case. He denied conspiracy to corrupt.

While a successful Gripen corruption probe could point the finger at some prominent Czech politicians from the past and seriously embarrass the leading opposition party, the Social Democrats,  there is still a lot of money at stake in the outcome of this case.

The Czechs eventually opted to  lease 10 Gripen jets for 10 years from the Swedish government at a cost of Kč 20 billion. That lease contract runs out in 2015 with Czech authorities spelling out that Sweden’s SAAB would have no chance in a new tender unless suspicions about the previous purchase deal dating back a decade were cleared up. Czech media reports say that US arms giant Lockheed Martin would now like to enter the race if a new tender is held and offer its F-16 planes with an offer from the European Eurofighter consortia also likely.