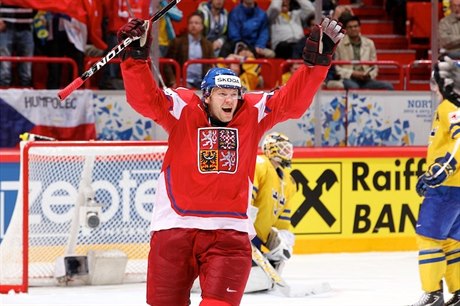 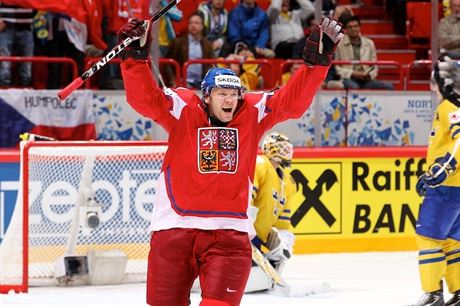 Late goals in quarterfinal matches have set up a mouthwatering clash between the Czech Republic and Slovakia for a place in the finals of the 2012 IIHF Ice Hockey World Championships.

Saturday evening’s clash between the two countries – formerly joined as Czechoslovakia that went their separate ways in 1993 – will bring to the surface their traditional friendly rivalry now no longer tarnished about arguments of who was getting what spoils in the unified state.

Underdogs in the semifinal clash against joint world championship hosts, Sweden, the Czechs led for most of the match before allowing the Swedes to pull back two goals to draw level at 3:3. Milan Michálek gave the Czechs a rare top competition triumph against the Swedes with a goal with only 29 seconds left on the clock. Thursday night’s hart stopping triumph was the first time Czech coach Alois Hadamczik had beaten Sweden in a major competition match.

A surprise Slovakia emerged as winner from the earlier clash with Canada. The Slovaks took an early two goal lead, allowed Canada to race back with three unanswered goals, and then took the match with an equalizer and winner in the last six minutes.

Given such history, the Czechs will bear the perhaps unfortunate mantle of clear favorites for Saturday’s semifinal tie with a heavy historical balance in their favor. The performances against Sweden and previous exhibition-style show against Germany give signs that the team is getting into its stride after a shaky start to the championships, which included an earlier 1:4 defeat against Sweden.

The match will pitch Hadamczik against Slovak coach Vladimír Vůjtek, who were both in the past in charge of the Czech league club Vítkovice and in the running for the Czech national coach’s job in 2005. Hadamczik won that competition although Vůjtek had been fancied to land it.

Vůjtek was appointed to coach the Slovak team last year in the wake of the catastrophic home world championships in 2011 when they finished in tenth place under Canadian Glen Hanlon at the tournament which they hosted. The 65-year-old veteran coach has experience in charge of Czech and Russian league teams, most recently taking Russian team Lokomotiv Yaroslavl to the 2011 conference final.

Czech team captain Tomáš Plekanec said after the win over Sweden that there was no way that the team would underestimate the Slovaks or judge that they were weaker opposition than the Canadians. “It will be a really hard match. They are playing really well as a team,” he told Czech Television (ČT).