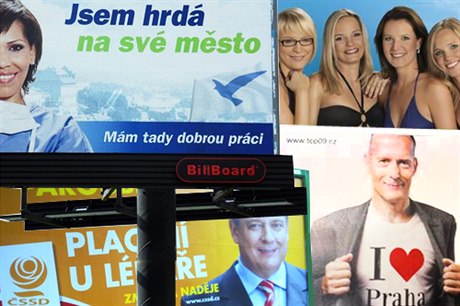 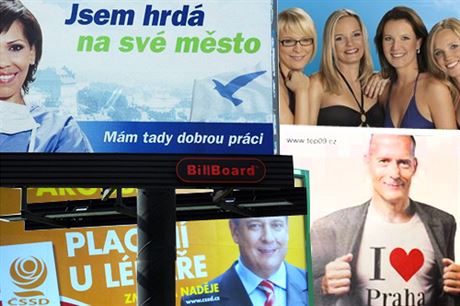 One important instrument to make the funding of political parties more transparent will probably remain unavailable to the Czech Republic – limits on election campaign spending. Although the main opposition center-left Social Democrats (ČSSD) have put forward a proposal to amend the law on political parties and movements which includes spending limits, the governing coalition is heading in a different direction.

The Civic Democrat-led (ODS) coalition government is discussing a bill that should result in a new law that aims to regulate funding of political parties but lacks spending limits on political campaigning. The ČSSD's amendment proposal will presumably be passed in the upper house of Parliament, the Senate, where they have a thin majority, but is unlikely to make it through the lower house (Chamber of Deputies), as coalition deputies are bound by agreement to only vote for bills which enjoy the concerted support of the ODS and its coalition partners, TOP 09 and Public Affairs (VV) parties.

According to information obtained by Czech Position, there is also no consensus among the coalition partners where spending limits are concerned. Deputy prime minister and VV deputy chairwoman Karolína Peake favors such limits, but the ODS does not. And Top 09, according to a statement made by one of its deputies, Stanislav Polčák, indicates, is demanding not only the introduction of spending limits in the new law but also a reduction in the state contribution to political parties.

The proposed Social Democratic amendment is being pushed by Senator Jiří Dienstbier, Jr. Contrary to the government bill for a new law, his bill  introduces limits to the costs of election campaigns. “It's a comprehensive proposal on how the political contest and funding of political parties or election campaigns should be regulated,” Dienstbier told Czech Position. Were the proposal to be adopted by the Senate, also some parties of the government coalition could back it in the Chamber of Deputies, he suggested.

Limits as defined by ČSSD

VV’s Karolína Peake, the deputy prime minister tasked with fighting corruption, has a different plan. Together with Interior Minister Jan Kubice (unaffiliated) she is preparing her own proposal, apparently similar to the measures contained in the ČSSD bill. However, under pressure from the ODS, spending limits on election campaigns were taken out of this government proposal for a new law on controlling party financing. Peake is, nevertheless, still trying to convince her coalition partners to agree to the limits. She intends to include the requirement in the interdepartmental objection resolution procedure.

Peake also expects thedispute over limits to surface in the Cabinet, which should deal with the proposal by May at the latest. She intends to refer the matter to a K9 meeting (a format where each of the three leaders of the coalition parties is assisted by two negotiators) if the disagreements persist. Will the VV support the ČSSD's proposal if it finds its way to the Chamber of Deputies? “That is out of the question. For me reaching consensus in the coalition is more important,” Peake told Czech Position. And she is now preparing an international comparative study that should reveal how legal limits to campaign funding work in countries where such ceilings have been introduced.

The ODS is against the introduction of limits because it argues they can be easily circumvented. “Limits are usually there with the knowledge that they be infringed – and this includes speed limits. This will result in those who lose elections filing a legal complaint claiming a limit was not adhered to or that someone had paid who was not supposed to,” ODS senator Jaroslav Kubera told Czech Position. “Parties must themselves arrive at the conclusion that it is pointless for them to spend excessive amounts on elections. No law will ever do that for them.”

Kubera also noted that similar laws have been in force in the United States and France for some time now but that in spite of this “there is cheating and scandals keep cropping up.” The ČSSD proposal is in his view motivated by sheer populism as the public, he claims, rather likes the idea of restricting election expenditure.

TOP 09 is favorably disposed to imposing limits on election campaign spending. According to MP Stanislav Polčák, a member of the lower chamber's Legal and Constitutional Affairs Committee, limits have a chance of gaining support if at the same time state contributions to political parties are reduced. “I would not absolutely rule out support for such limits. But we will certainly not support the ČSSD's proposal as we are bound by the coalition agreement. The Social Democrats could, however, introduce an amended proposal to the government bill,” Polčák said.

If the disagreements continue, the possibility of a spring episode to the ongoing series of coalition wrangles looms large.

According to a recent statement made to the daily Právo by Tony Stafford, Head of Guidance and Policy at the British Party and Election Finance Directorate, none of the political parties in Britain spends anything like as much as £19.5 million (roughly Kč 609 million) on electioneering. In comparison, during the “super election year” of 2010, the ODS and ČSSD spent Kč 541 million and Kč 270 million, respectively, according to official statistics (although the Social Democrats probably spent much more according to certain estimates).

Irrespective as to whether ČSSD's proposal or the government bill will be adopted, it is for certain that this year's elections to the Senate and regions will be held according to the old rules. The voters can once again look forward to billboards and political advertising amounting to hundreds of millions of crowns.