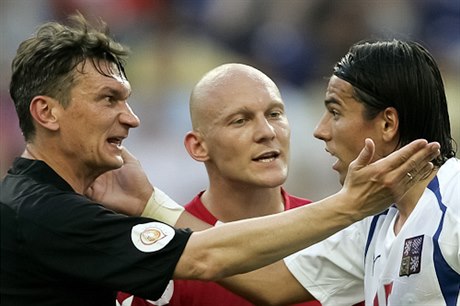 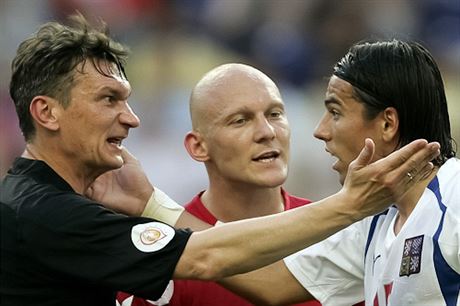 Czech footballers appear to have been given a favorable chance of securing a place in the Euro 2012 championships in Poland and Ukraine by drawing Montenegro in the crunch two leg play-off ties.

The Czechs will be relieved to have missed out on Turkey, but might have preferred to be pitted against Estonia, widely judged to be the weakest of the last eight teams trying to grab the last four places available.‘They have attackers such as Mirko Vučinič of Juventus Turin.’

Montenegro could still, however, prove a handful for the Czechs, having secured their play-off place with a draw 2:2 draw against England after going two goals down. But the team notched up losses in the qualifying group to both Wales and Albania.

Czech manager Michal Bílek said in reaction to Thursday’s draw that Montenegro was certainly not the easiest team on offer, pointing to their two draws against England. “They have attackers such as Mirko Vučinič of Juventus Turin. There is not much time before the game but we will be immediately collecting information on them,” he said.

The Czechs have a mixed record in play-offs having won one and lost one of their previous two such encounters. In November 2005 the Czechs won at home and away to secure a place in the 2006 World Cup in Germany. Four years earlier, though, high Czech expectations were exploded with home and away defeats to Belgium in the play-offs for a World Cup berth.

The clashes between Turkey and Croatia look to be the most appetizing from the play-off draw. Bosnia and Herzegovina play Portugal and Estonia take on the Republic of Ireland in the other matches.

The Czechs qualified for the play-offs with a convincing 4:1 away win against Lithuania while rival for second spot, Scotland, lost 1:3 against Spain. The Czech record in the group has been hardly assured with Bílek's attacking options looking limited and frequently failing to deliver.