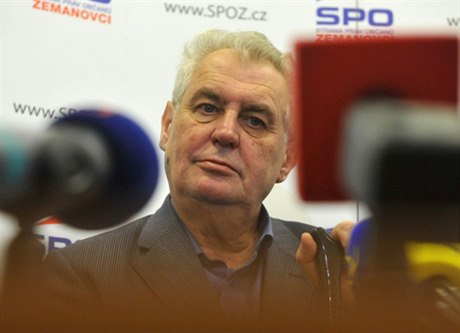 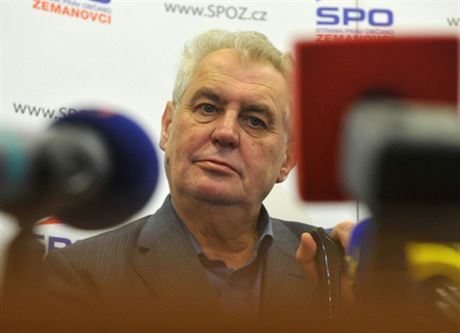 “Today we have surpassed the magic number, a figure that once seemed unattainable to us,” SPOZ said on its website. “All of this is thanks to you, the people who believed in us and have not abandoned the fight for their rights.”

Currently, Czech presidents are elected by both houses of Parliament at a joint session. This June, the center-right Czech government approved draft legislation to allow direct elections of the president, who selects policy makers and appoints prime ministers.

According to the draft law, a potential candidate would need to collect 50,000 signatures (or the support of 10 senators or 20 MPs) in order to be nominated. The parties have thus far agreed that elections should consist of two rounds, but have yet to agree on the powers that a directly elected president should wield.

Changing the law would require an amendment to the country’s Constitution, which would require a majority of three-fifths in the lower house and therefore the support of the main opposition ČSSD, which had advocated for making it possible for any Czech citizen with the support of 50,000 people to be allowed to run.

The petition was organized by SPOR — which aims to field Miloš Zeman as a candidate to replace current president Václav Klaus when his second term expires in 2013 — and backed by a number of deputies from the Mayors and Independents (STAN) group. Current ČSSD chairman, Bohuslav Sobotka, however, has said he would like to see Czech-American economist Jan Švejnar, who lost to Klaus in the last elections, as the party’s official candidate.

Former Senate chairman Přemysl Sobotka (Civic Democrats, ODS) has said he would be interested in running for Czech president; Foreign Minister Karel Schwarzenberg, the TOP 09 party chairman, has not ruled out a candidacy — if direct elections are introduced — and there is even talk that Klaus, who cannot be elected by Parliament to a third term, could find his way back to Prague Castle if he remains the people’s choice.

Zeman left the ČSSD on March 21, 2007, due to conflicts with then party chairman and later Prime Minister Jiří Paroubek  — yet another potential candidate, though Sobotka has said publicly that he doubts his predecessor would garner enough support. Zeman founded SPOZ in October 2009, with financing from his aide Miroslav Šlouf, a former communist youth leader whose Slavia Consulting company brokered the LUKoil deal to supply Prague’s airport with fuel.

An overwhelming majority of Czechs want the ruling center-right coalition of the Civic Democrats (ODS), TOP 09 and Public Affairs (VV) to deliver on its promise to allow for direct presidential elections — but few believe they will do so before the 2013 contest, according to a February poll by the Center for Analysis and Empirical Studies (SANEP).

According to Klaus himself, the Czech Republic – which has had a parliamentary system from its creation — is not ready for such a major political change and neither is it desirable. His assertion that it would give the president too much power is shared by political scientists of various leanings, the Czech news agency ČTK reported in May.

Direct elections would strengthen the weight of the presidential office to the detriment of the governments that usually rely on a fragile majority in the lower house of parliament (Chamber of Deputies), Prof. Michal Klíma, rector of the Metropolitan University in Prague (MUP) told ČTK.