The varied world of Czech literature, past and present, contains a vast store of work virtually unknown outside of the Czech Republic 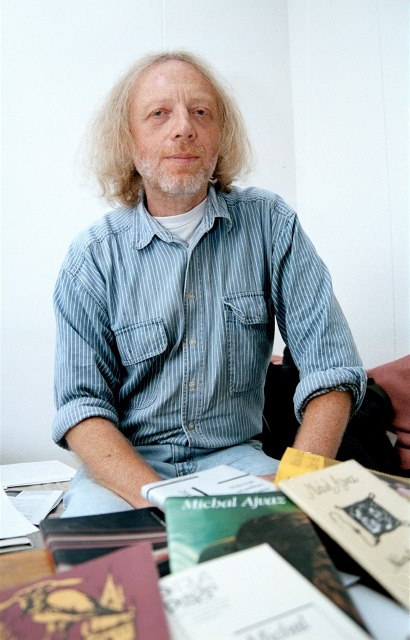 Michal Ajvaz is one of the nominees for the Magnesia litera award foto: © ČTK, Česká pozice

Nothing lasts forever, and the recent losses of Václav Havel and Josef Škvorecký emphasize the finitude of what was probably the greatest generation of Czech writers. Fortunately, there are numerous younger writers whose work is becoming better known at home and abroad, while for English speakers there remain prominent figures in Czech literary history still to be discovered.

On March 15, the Václav Havel Library and Twisted Spoon Press are hosting an English-language evening devoted to philosopher and novelist Ladislav Klíma. Twisted Spoon has published the first English translation of Klíma’s novel Glorious Nemesis, which was recently reviewed on Czech Position. Translator Marek Tomin will read from and discuss his work, while literary critic and editor Martin Machovec will discuss Klíma’s significance for the Czech underground.

There will also be a screening of a newly released documentary DVD containing a performance of Glorious Nemesis by the Plastic People of the Universe from the 1970s.

As to the reasons it has taken 80 years for an English translation of the posthumously published novel, Twisted Spoon publisher Howard Sidenberg told Czech Position that there hasn’t been a translator dedicated to Klíma’s work in the same way as French translator Erika Abrams has been in bringing out editions not only of Klíma’s fiction but his philosophical writings as well.

“Klíma has been translated into most European languages. I think The Sufferings of Prince Sternenhoch is the most frequent,” Sidenberg said.

Twisted Spoon published The Sufferings of Prince Sternenhoch in 2001.

The event was organized together with novelist and journalist Jáchym Topol, who took up a position at the library towards the end of 2011. Speaking at the opening event of the LiterARTura festival, Topol was asked if he had time for his own writing. “None at all,” he replied, adding that his plans to give up journalism and sequester himself in the forest to focus on his own writing were foiled when Václav Havel asked him to become involved with his library. Following the former president’s passing Topol stated that he couldn’t possibly give the position up.

LiterARTura is a festival devoted to art, design and architecture books, with an emphasis on granting wider exposure to books published by small independent publishers. It takes place in an open café in the DBK Budějovická shopping mall, with a plate-glass floor providing a clear view of the vegetable section of the supermarket on the floor below.

“We are living in period, when ‘time is money,’ and people are very busy. They have no time for culture at all, but everyone has to eat and shop sometimes. So they come to a shopping mall and if they find something different and special there they appreciate it,” PR manager of LiterARTura Klára Dvořáková told Czech Position.

Dvořáková further emphasized the fact that the books being presented at the festival aren’t available at chain bookstores, so showcasing them in a mall redresses that imbalance to some extent. Among the books available at the festival throughout the month Topol  mentioned the recent publication of Olga Havlová’s correspondence with her husband, essentially the answers to Havel’s widely-known Letters to Olga.

Upcoming festival events that Dvořáková expects a large turnout going beyond the occasional curious shopper are presentations of books by the Czech rapper Vladimir 518 as well as an interactive workshop for children.

Another notable event that delves back into Czech literary history is the presentation of a manuscript by writer and artist Josef Váchal that was previously thought to have been lost. Titled Cesta Slovenskem s A. Calmetem aneb Theorie wampyrismu, the manuscript was discovered by poet Petr Hruška and translator Anna Kareninová, who then went on to prepare it for publication.

Whether it is a reading of the European Union Prize for Literature winner Tomáš Zmeškal, the selection of nominees for the 2012 Magnesia litera award for best books, or the increasing number of Czech books being translated into foreign languages the growing profile of the younger generations of Czech writers have begun to leave their mark.

The nominees for the Magnesia litera award’s most prestigious category of best prose work were announced at the end of February, and for the most part represent the generation between writers such as Milan Kundera and Bohumil Hrabal and the young writers just establishing their reputations. They include novelist Michal Ajvaz, who has two novels translated into English — The Other City and The Golden Age.

Perhaps best known as a poet, Sylva Fischerová was nominated for a book of short stories Pasáž (Passage). Bloodaxe Books has published two collections of Fischerová’s poetry, most recently in 2010 publishing The Swing in the Middle of Chaos translated into English by the author and Stuart Friebert.

Another best prose nominee, Jiří Kratochvil, has an outstanding short story titled “I, Loshaď” in the latest edition of Best European Fiction. The story is told from the point of view of a highly educated talking horse that comes to Brno with the Red Army in the closing months of World War II. Though Kratochvil’s work has been translated into most European languages, none of his novels have appeared in English and only a small selection of his short stories have made it into English.

Nevertheless, according to the Czech Ministry of Culture, grants supporting translations of Czech writers have risen from 21 titles in 1998 when the program was initiated, to 63 in 2010. Among the younger generation of writers that have appeared in English are Emil Hakl, Pavel Bryczand Petra Hůlová, while others such as Tomáš Zmeškal and Jaroslav Rudiš have yet to make it into English (though Rudiš has had considerable success in German translation).