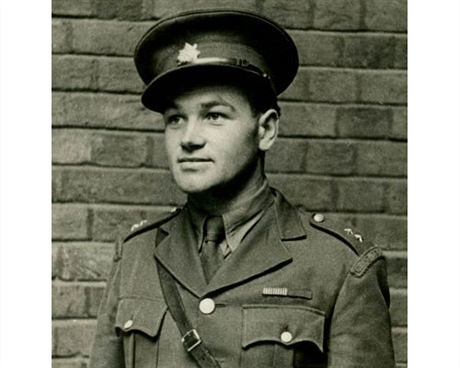 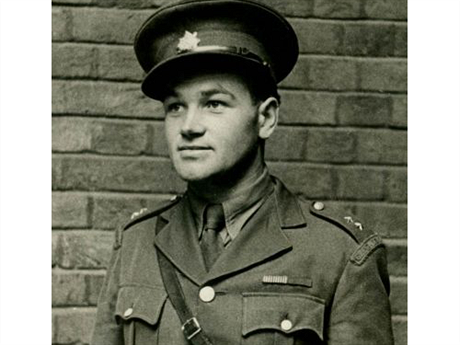 The Czech birthplace of one of the WWII resistance fighters who played a leading role in the most audacious assassination of the war — the killing of top SS general and planner of the Jewish holocaust, Reinhard Heydrich — is looking to turn his former family home into a museum in his honor — with or without support from state funds.

The 400-strong village of Dolní Vilémovice, near Třebič, wants to honor its most famous son, Jan Kubiš, one of the leaders of the group of Czechoslovak exiles parachuted into the Nazi-occupied Protectorate of Bohemia and Moravia from Britain to carry out the assassination. The initiative has come up against lukewarm state support.

Kubiš and his colleagues in the assassination of the highest-placed Nazis during the war died after their Prague hideaway was given away to the Gestapo by another parachutist dropped in the country to carry out sabotage attacks.

Dolní Vilémovice has so far raised around a quarter of the estimated Kč 4 million costs of transforming the home where Kubiš’ was brought up, and which is now owned by the local council. Around half a million crowns has come from an ongoing public subscription and Kč 400,000 as a donation from state-controlled power company ČEZ.

But mayor Jitka Boučková has so far come away virtually empty handed from her attempts to get other cash out of the Czech state and, in particular, the Ministry of Defense. “We will try in the Spring to see if we can get European funds from the program for rural development. That would allow us to go ahead with the work within a year,” she told Czech Position. “If we are not successful, we will try to carry out the work anyway with the help of volunteers, including those from the Czech Army, but that will take a lot longer.”

‘June 24, 2013, would be the hundredth anniversary of Jan Kubiš’ birth and would be an ideal date for this to happen.’

Boučková says the village has fixed the target of June 24, 2013, to open the Jan Kubiš museum, whatever the obstacles in the way. “June 24, 2013, would be the hundredth anniversary of Jan Kubiš’ birth and would be an ideal date for this to happen,” she said.

The modest family home where Jan and the large Kubiš family lived has changed little since the traumatic events of WWII, according to Dolní Vilémovice’s website. Most of the family were rounded up in the aftermath of Heydrich’s assassination and taken to a concentration camp where they were later executed in the wave of terror that followed the top Nazi’s death.

“Jan spent his childhood in the home and lived there until his military service; he came back for a short time before escaping to Poland after the Nazi occupation of March 1939,” Boučková explained.

From Poland, Kubiš travelled to France via Algiers and joined the French Foreign Legion, taking part in the desperate defense of France in 1939 and 1940. With the fall of France, he escaped by ship to Britain where he became part of the Czechoslovak army in exile and part of former Czechoslovak president Edvard Beneš’ plans boost his position among the many exiled governments in London that had fled the Nazis.

The plans to assassinate Heydrich —  known as ‘the butcher of Prague’ — were partly born out of Beneš’ desperation at the failure of the Czech resistance in his homeland. It had failed to take any fundamental action against the Nazi occupation. Heydrich, who had piloted the Wannsee Conference of top Nazis in January 1942 that decided on the extermination of the Jews, was carrying out a largely successful carrot and stick policy as acting Protector of Bohemia and Moravia to keep Czechs pumping out arms and goods for the Nazi war effort.

Plans to assassinate Heydrich were partly born out of Beneš’ desperation at the failure of the Czech resistance at home.

Kubiš was parachuted into his homeland in December 1941 as part of the group selected for what they realized would be a near suicide mission. Preparations for Operation Anthropoid got underway with the help of the local Czech resistance. While Kubiš and his colleagues were prepared to face their own deaths, they realized that the Nazi revenge after a successful assassination would be merciless and in all likelihood shatter the weak Czech resistance movement. Despite pleas to reconsider the action, the final orders came from London to go ahead.

On May 27, 1942, Kubiš and his best friend, Jozef Gabčik, lay in wait for Heydrich on the outskirts of Prague as he was driven into the city from his country retreat. Gabčik’s Sten gun jammed as he ran out to try and shoot Heydrich and Kubiš threw the grenade which resulted in the mortal wounds which resulted in the top Nazi’s death a week later.

Worries over whether the attack had succeeded turned to euphoria once they realized Heydrich had died. And the Anthropoid group appeared to be in the clear after bungled Nazi attempts to track down the attackers led nowhere. But the group’s hiding place, in the Orthodox church of St. Cyril and Methodious in Resslova Street near the city center was eventually given away by another exiled parachutist, Karel Čurda, tempted by the huge reward on offer.

The church was surrounded and after a bloody battle lasting more than four hours there was silence — the remaining resistance fighters left alive after the fight took poison. Kubiš died of his wounds.

The Nazi terror that followed Heydrich’s death was everything that his attackers had feared. Two Czech villages, Lidice and Ležáky, were razed and most of their population shot or shipped off to concentration camps. But the attack did pay off in boosting Beneš’ standing, his demands that the 1939 Munich Agreement be repudiated by the Allies and his later drive to expel the Sudeten Germans from a restored Czechoslovakia once and for all.