Czech Surrealist brought out of hiding 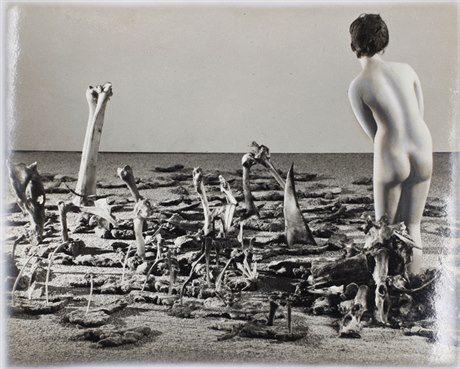 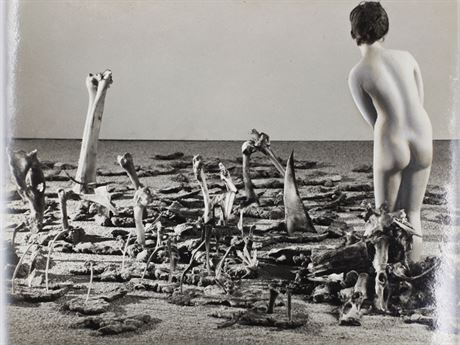 Jindřich Heisler: Surrealism under Pressure at Chicago’s Art Institute presents 70 works by the still little-known Czech Surrealist whose work straddles the line between a variety of artistic media. The exhibition also underlines the significant role Prague played as an important outpost of Surrealism, second only to Paris.

Jindřich Heisler joined the Surrealist movement in 1938 as a poet and was a close associate of Toyen (Marie Čermínová), Jindřich Štyrský and Karel Teige. More so than most artists his creative pursuits would be heavily affected by the historical turmoil of the times. Heisler, who was half-Jewish, spent the first years of World War II living in the Nazi Protectorate and when his deportation number came up late in 1941 he was forced to go into hiding until the end of the war. Two years later, with the threat of communist takeover imminent, he and Toyen emigrated to Paris.

“Heisler has a history of being a mystery man. He was not well-known even in Czechoslovakia. And as we now see his work in a certain complexity we will also be able to situate him, because he has never actually been compared with anyone,” professor of Slavic languages and literatures at the University of Michigan Jindřich Toman told Czech Position. Besides having a scholarly interest in Heisler’s work, Toman also happens to be the artist's nephew.

Curator of the Art Institute’s department of photography Matthew S. Witkovsky told Czech Position that following recent exhibitions of Surrealist art in Paris, London and New York it has become clear that after the City of Lights, Prague was the second greatest center for Surrealist activity in the world during its heyday.

“So it’s only fitting that the great actors in that movement should be accorded attention,” he said, adding that visitors to the show have focused their attention on Heisler as an individual rather than as a Czech Surrealist.

Nevertheless, there are differences between French and Czech Surrealism. Besides the longer history of the movement in Paris there was a much more developed and contentious approach to who belonged to the Surrealist movement and who didn’t, with figures such as Antonin Artaud and Georges Bataille being expelled by Surrealism’s founder André Breton.

“The war marked the French group in a different way than the Czech group. André Breton was in exile in the United States while in the Protectoratethere was a very intensive wartime Surrealism and Heisler is actually a prime example of that,” Toman said.

Another difference can be seen in the long-term impact of the movement, which Toman considers to have lasted longer among Czech artists of the ‘50s and ‘60s all the way to contemporary artists such as Jan Švankmajer,as the recent exhibition of Czech and Slovak Surrealists attests to.

For Toman one of the exhibition’s major points of interest is the unorthodox manner in which Heisler created his photographs, particularly notable in the collection titled From the Same Dough.

“Heisler called it photographics and this is a pretty interesting photographic technique. We don’t know exactly how he was doing these things, but we assume he was applying pliable material like Vaseline on glass and was using the glass in lieu of a negative.”

What is all the more impressive is that this technique was developed by Heisler after he went into hiding. Under circumstances challenging to any kind of artistic creation Heisler managed to achieve striking and innovative results in a medium that he came to as an amateur.

“What’s great about Heisler’s photography, or at least what interests us in doing this show, is that he shows where photography meets drawing, where it meets sculpture and where it meets literature and book arts,” Witkovsky said.

Whether it is in the photo layouts accompanying his poems, From the Strongholds of Sleep (of which only six copies are known to exist) or later images using dolls, pictures and miscellaneous objects, Heisler’s photographs defy easy categorization. His last work, the 1952 Alphabet creates an imaginary alphabet constructed out of human figures and a range of diverse objects including swords, keys, antlers and umbrellas among many other things, resulting in a Surrealist simplicity as striking as many of the art works the movement produced.

Considering that he only lived to be 38 years old and spent the war years in hiding, Heisler has a body of work that is extremely varied in its incorporation of poetry, art, photography and a very modern form of sculpture and installation. That variety seems even more impressive in examining the threads linking his work to a number of later artistic developments.

Together with Toyen and a group of Surrealist compatriots Heisler started the first postwar Surrealist journal, Néon. The magazine didn’t survive long due to the 1948 communist takeover of Czechoslovakia from which funds could no longer be accessed, but represented evidence of the continued innovation of the avant-garde creation that had been brutally interrupted by World War II.

The Art Institute show is presenting all five issues of the magazine, the layout of which makes it hard to believe that Néon dates from the late ‘40s rather than the ‘60s.

“The look of Néon absolutely anticipates the look of the countercultural journals of the ‘50s and ‘60s. It’s explosive and has a mixture of typing, handwriting and drawing. It has a scribbling kind of look and was very dense,” Witkovsky said.

But while much of postwar Surrealism was revitalized by a connection with the new artistic movement of Abstract Expressionism, Heisler’s relative isolation during the war and as a Czech émigré in Paris from 1947 compelled him to follow his own artistic path.

“Heisler is really amazing in that regard. He didn’t have an active relation like Breton, who came to the US and met painters like Gorky, Mattaand other Abstract Expressionist painters. Heisler was in hiding and then he was an émigré in Paris with a small circle of friends,” Witkovsky said.

The aesthetic bonds connecting Heisler’s work to subsequent cultural movements are very different than those commonly made with other Surrealist artists. “[Heisler’s work] is not pointing to Abstract Expressionism, but it is pointing to the Beat Generation and in France to the Situationist International, also in the subjects it treats,” Witkovsky said.

As appreciation of the avant-garde movements of the ‘20s and ‘30s continues to grow Witkovsky sees good prospects for previously uncelebrated artists like Heisler.

“Surrealism is an amazing movement because it keeps on getting renewed and you see these new figures come to the fore when our attention wanders off a straight, single path.”

Jindřich Heisler: Surrealist under Pressure
The Art Institute of Chicago
Through July 1