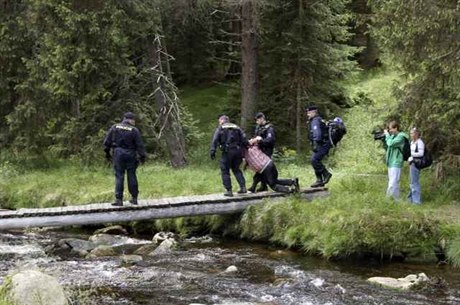 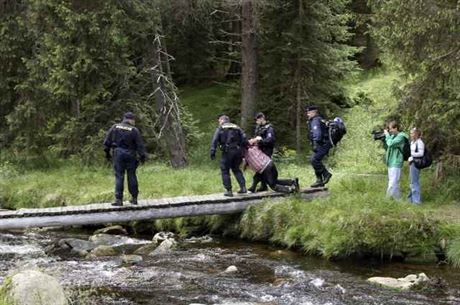 Czech police and ecological activists clashed Tuesday in the protected Šumava National Park in an escalating battle pitting two views diametrically opposed views over how the ancient forest should evolve.

Ecological activists chained themselves to trees to prevent loggers — acting on orders of park management — from cutting down trees infected with the bark beetle. Park management said the action is necessary to prevent the infestation from spreading but ecological activists said that part of the national park had been designated as a zone where nature, and the bark beetle, was supposed to have been left alone to run its course.

Police already intervened Monday to remove some of the activists and allow logging to start. Ecological activists say excessive violence was used and has been stepped up in a bid to remove the final protesters.

The environmental and human rights grouping of lawyers, Environment Law Service (EPS), said Tuesday that it had reported one police officer who brutally attacked a woman protester and threatened to kill her to the Czech Police Inspectorate. The group maintains that police and national park management are breaking the law in pushing ahead with the logging. “We believe that the police by their action are supporting what amounts to illegal logging,” said EPS’ Pavel Franc.

‘Logging is taking place at three of the four locations, and I don’t think we can hold out at the fourth.’

One of the organizers of the environmental tree-hugging action, Mojmír Vlašín, admitted that they had been forced to give ground at the site in the face of overwhelming police numbers and aggression. He accused police of acting with brutality. “Logging is taking place at three of the four locations, and I don’t think we can hold out at the fourth,” he admitted to the Czech environmental website Ekolist.

Park management won a further victory on Tuesday when a provisional court order was issued calling for the Czech branch of Friends of the Earth, Hnutí Duha, to abandon the action at the site. Hnutí Duha said its three activists on site had left but that the action was continuing with the participation of dozens of other activists.

Frequent run-ins with environment groups have followed with Stráský apparently prepared to use any means in his war against the bark beetle, including chemical sprays in areas where they are supposed to be banned.

Environmentalists feel they have been losing the battle in central government since ODS ministers, largely hostile to Green ideas, took control of the Environment Ministry in mid-2010 following elections and put the ministry on a new course.

The Šumava forest, bordering the Czech Republic and Germany, is the most extensive forest area in Central Europe containing some remnants of ancient forest but mostly devoted now to conifers. The area was little changed before the fall of the Iron Curtain with much of the previous ethnic German population being forcibly removed following the end of WWII.