Following the success of first emission, the Czech Finance Ministry is to offer bonds, some inflation-linked, with longer maturity periods aimed at individual investors 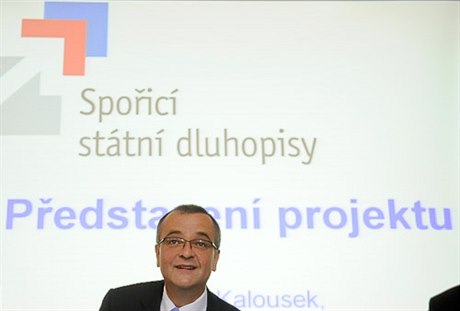 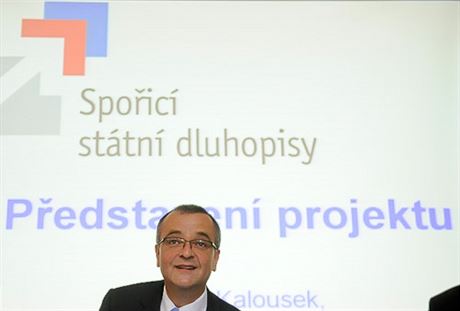 The Czech Ministry of Finance is planning its second ever issue of state bonds for individuals and non-profit organizations, this time around with a face value of around Kč 20 billion, Finance Minister Miroslav Kalousek (TOP 09) has told the daily Právo. Subscription for the bonds, which for the first time will include certificates pinned to the rate of inflation, is due to begin in May and if successful, a further issue could be made this fall.

Czech Ministry of Finance Miroslav Kalousek (TOP 09) told Právo the inflation-linked bonds could appeal to investors seeking to protect their savings from being eroded by inflatiom. "Savings can be devaluated by inflation and therefore we have created an offer of stability, which although does not promise a single crown of profit, is the only product which the state guarantees will not lose value,” Kalousek told the paper.

Although some details about the new bonds are yet to be finalized, one type will reportedly have a maturity period of seven or eight years, whereas the  bonds for individuals issued by the ministry in October 2011 have a maximum maturity period of five years.

The inflation-pinned bonds, which are due to be issued in June, will yield annual interest at the level of inflation in the Czech Republic calculated by the Czech Statistical Office (ČSÚ).

The bonds will be available to citizens and non-profit organizations of any country.