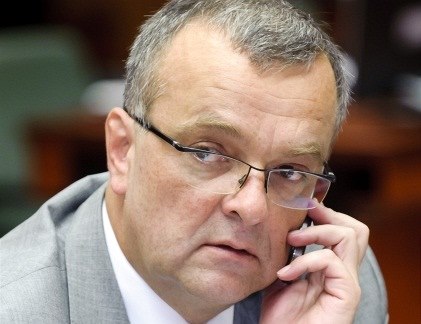 The Czech government’s economic advisory council NERV and the Ministry of Finance are drawing up contingency plans to react to various potential developments of the economic situation, including the collapse of the euro and an ensuing economic “catastrophe.” Large-scale borrowing to incite growth is not being considered, but a shorter working week and higher VAT are.

The ministry and NERV, which is largely comprised of economists and leaders of industry, have drawn up some 30 proposals for the Czech Republic to cope with four possible scenarios of economic development, including a “catastrophe” scenario whereby the eurozone would collapse and banks stop lending.

According to the daily Hospodářské noviny (HN), the proposed measures to be discussed at the beginning of next week include a further raise of some taxes, shortening the working week, and guaranteeing long-term cuts in government spending in order to achieve a balanced budget.

At the beginning of next year the government plans to amend the 2012 budget in line with a more accurate forecast of development of the Czech economy. Last week, Finance Minister Miroslav Kalousek (TOP 09), warned that if the eurozone collapses, the Czech Republic will have to fight for survival.

“A completely new era is upon us — [which will mean] the end of living on debt and more personal responsibility. We have to adapt our personal needs to this. The myth whereby the state can raise growth with debt is disappearing, [likewise the myth] that the economy must grow and the state must guarantee that growth,” HN cites Kalousek as saying.

Jan Mládek, shadow finance minister with the main opposition center-left Social Democrats (ČSSD), disagrees with the assessment that stimulus measures would not help. “If the crisis deepens, growth measures will be essential,” he told HN.

The 2012 budget, which has been passed and the government intends to amend, counts on a growth rate of 2.5 percent of GDP. Last week Raiffeisenbank in its latest forecast said the Czech economy will retract by 1.2 percent next year.