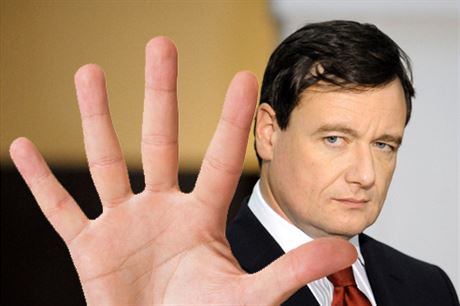 A top member of the main left-of-center Czech opposition, the Social Democrats (ČSSD), has been detained by police in connection with an investigation into bribes of around Kč 12 million.

Former ČSSD health minister and ongoing shadow health minister and governor of the Central Bohemia region David Rath was detained by police on Monday night. According to Czech Position’s information, party high flyer Rath was detained overnight in cells by anti-corruption police in apparent connection with an investigation centered on bribes totaling Kč 12 million. A trustworthy source told Czech Position that Rath was caught taking a Kč 5.0 million bribe, an offense that could result in a sentence of up to 12 years in prison.

Along with Rath, another seven people were detained. These include, according to Czech Position’s sources, Rath’s former advisor and former Civic Democrat (ODS) member of parliament Petr Kott and the director of Kladno’s hospital, Kateřina Pencová.  The Central Bohemia regional office refused to say whether Kott had turned up for work on Tuesday with the hospital saying that Pencová had not arrived during the morning.

State prosecutor for the Ústí region Lenka Bradáčová, who is leading the enquiry, confirmed that eight people had been detained but refused to give details. Suspicions are centered on the payment and acceptance of bribes, damaging the financial interests of the EU, and suspected favorable treatment for public tenders.

According to Czech laws, a serving member of parliament such as Rath can only be detained if caught red-handed in the process of a criminal action. That would appear to suggest that he might have been detained while receiving a bribe.

Rath’s spokeswoman Berill Mascheková said that he was the target of “police victimization” on Monday evening. “This is a clear payback for the tough political opposition when the police, under the leadership of [interior] minister [Jan] Kubice abused their powers to scare and liquidate political opponents. A police commando has held him in a way so that he can be politically liquidated,” she said. Rath, she added, was willing to step down from his positions to avoid damage to the left-of-center party ahead of regional and Senate elections in the fall.

Party leader Bohuslav Svoboda said on Czech public broadcaster, Czech Television (ČT) that Rath should resign as regional governor if he is charged by police. He added that he was willing to lift Rth’s parliamentary immunity. But he also called for the minister of interior and police president Petr Lessy to explain the circumstances surrounding Rath’s detention.

Kott transferred to the Social Democrats after being excluded from the ODS. He later took part in drawing up the party’s health legislation. Rath appointed Kott as the regional head of the insurer VZP shortly before he finished as health minister in the summer of 2006.

Rath’s problems could dent the current popularity of the ČSSD in recent polls which have given the party a wide lead over the ODS and a clear possibility of forming a governing coalition with the full or silent support of the communists (KSČM).

Rath is known for his biting attacks on political opponents in the lower house, recently, for example, suggesting in a vote of confidence debate that the breakaway group from the Public Affairs (VV) party under Karolína Peake should be called “the ticks” because they were so keen to cling onto power.