A chance for sneaker collectors to mingle, Milujeme tenisky (We love sneakers) also aims to steer the public away from bland trainers 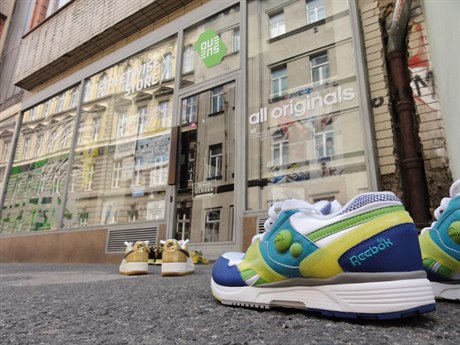 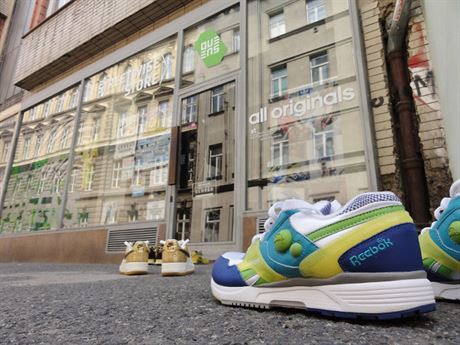 For the average non-fashionista, choosing shoes for the day is a one-minute deliberation on the way out the door. The still young but tight-knit Czech community of sneaker aficionados — sneakerheads, as they call themselves — is looking to show the public otherwise by spotlighting rare sports footwear at the country’s first-ever sneakers exhibit, which runs through July 6.

Intended mainly as an opportunity for sneaker collectors to meet and mingle, Milujeme tenisky (We love sneakers) is also on a mission to steer the public away from bland trainer choices. “We want to show people that you can wear other things than a pancake of a shoe sported by another 10,000 people in Prague only,” Martin Hýža, one of the organizers and an avid sneaker collector, told Czech Position.

“It’s about people not following sheepishly en masse, about finding their own style, and we simply feel that sneakers are part of a person as much as any other piece of clothing. It doesn’t have to cost you a pile of money — you can ferret out real first-rate pieces for a couple hundred crowns,” Hýža said.

The space being a somewhat crammed basement of a Prague 1 hip-hop wear store, only iconic designs made the cut. The selection comprises six-to-eight major brands collected in the country — about 60 pairs — including the notorious 1985-manufactured Air Jordan 1 line, designed for and endorsed by former professional NBA basketball player Michael Jordan, and the rare Air Yeezy model, designed by and for Kanye West that now goes for around $1,000 on eBay. Hýža said that the six pairs imported to the Czech Republic and Slovakia sold within two minutes.

The sneaker subculture that had its incipience in the ’70s and ’80s in New York City has been slow to catch on in the Czech Republic, only taking off about six years ago, said Hýža, who works as a retail and brand manager for a street-wear store called Queens. The five-year-old web portal Sneakers.cz, which acts as sharing space for kicks devotees in the Czech Republic and Slovakia, has about 50 active users and 2,100 items from personal collections uploaded.

“Until 1989, brands like Nike and Adidas had been worn scarcely — which means that these shoes don’t have a history here; they don’t have a support base like they do in, for instance, Germany, where they’d been worn by parents and now by their kids,” he said.

Like with the birth of the sneakerhead culture in the United States in the ’80s, in the early 2000s, when collectors in the Czech Republic were few and far between, sneaker collecting was tightly roped to hip-hop and skater subcultures. These days, sneaker lovers are much harder to pigeon hole, Hýža said. Although Czech-manufactured trainers by Botas or Prestige have historical value, design-wise, they’re humdrum for sneaker collectors.

Although Czech-manufactured trainers by Botas or Prestige have historical value, design-wise, they’re humdrum for sneaker collectors, whose collections run heavy on designs by Nike — which targets the shoe-collecting community, putting out plenty of limited-edition models.

Because a number of collectors shy away from sharing their collections online, it’s hard to estimate the size of the largest collection in the country. Hýža believes he might come third with his 85–90 pairs.

Not every sneaker is a keeper, though. During his trips to outlets and Berlin’s sneaker stores, or combing through eBay, Hýža doesn’t hesitate to buy for resale. But bargaining and business, he added, is not what sneaker collecting is about. “For most collectors in the Czech Republic and Slovakia, it’s more of a love affair,” he said. “Most of them are students who are saving up money from side jobs to be able to buy something.”

For any kind of collecting, time and money are prime investments. With footwear, grooming also comes into play.

Hýža’s friend Adam Šitavanc — who helps run various online magazines in Ostrava, North Moravia, and has been a full-time sneaker collector for about four years with 60 to 70 pairs to flaunt — always has a shoe brush ready by the sink for accidental stains, and makes sure his collection is safe from dust, neatly shelved away.

Both Hýža and Šitavanc agree that to prevent wear-down, a collector needs to know his sneakers intimately — what a particular pair can and cannot take.

The weather forecast in many ways dictates the trainers that Šitavanc and Hýža will sport that day. With a few dozen pairs, though, deciding on what shoes to wear can be time-consuming. Hýža said he starts deliberating at waking, and once he chooses a pair, he’ll match his clothes accordingly.

With some designs, he will buy two pairs just to make sure that he has a standby for when one pair wears out. And while preserving their collections is always on Hýža and Šitavanc’s minds, they agree that wearing their “kicks” is what it’s all about.

‘It’s mainly about exhibitionism ... when we walk through the Prague city center wearing a pair of these, 30 people will turn around and know that these sneakers are valuable.’

“It’s mainly about exhibitionism,” Hýža said. “We collect sneakers because we like wearing them; we like to show them off and know that when we walk through the Prague city center wearing a pair of these, 30 people will turn around and know that these sneakers are valuable.”

Šitavanc noted that people on the street will often stop them to ask what they’re sporting, especially with the more eccentric models. In their hometown of Ostrava, though, the two are viewed as “crazies,” they say. “Here [in Prague], the foreigners will show appreciation, but where we live, they’ll look at you and wonder if you’re sane wearing a ten-color shoe with a Star Wars print,” Šitavanc said.

Hýža has sworn many times throughout the five years he’s been fattening up his collection that he’s bought his last pair, but now he’s gotten his girlfriend involved, and though he’s planning to use the money from reselling for his home, he also knows that’s unlikely.

“I’ve told myself many times that I’ll never buy another pair, but not a week goes by and I stumble across something for a great price and buy it — without hesitating — because I simply want it,” he said. “It sort of becomes a disease at one point.”