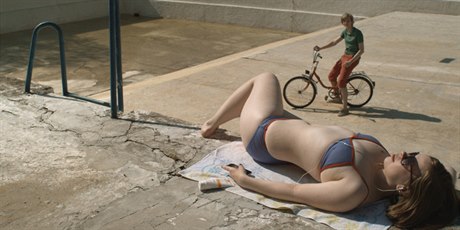 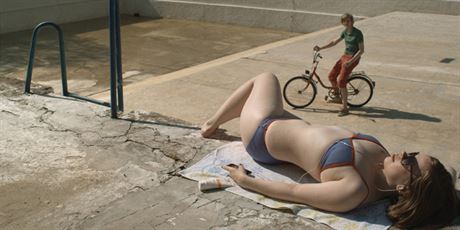 This year will be the first time that Czech audiences will have an opportunity to see Oscar-nominated short films in a movie theater. On Feb. 29 the five live action nominees will be screened, while the animated nominees will be shown on March 1, both at the Bio Oko cinema. At the end of January iShorts also participated in the launch of a DVD of Czech shorts put together by the Czech Film Center.

“There were a lot of festivals showing short films but no regular events like iShorts,” its founder, Petr Horák, told Czech Position.

The iShorts evenings originally took place at Palace Cinemas at Slovanský dům in Prague 1, but for the past two years have taken place at Bio Oko in Prague 7. Screenings typically run to 90 minutes, which allows for the viewing of an average of five to seven films.

With the Academy Awards taking place Feb. 26, Czech audiences will be given the chance to whether their own judgments on the winners of the Best Short Film for live action and animation match the Academy’s decisions. While there are no Czech contestants this year, European films have a strong presence in the live action category with four of the five nominees coming from Europe or being European co-productions.

According to Horák, there is a significant difference between the conditions for making short films in the Czech Republic and in Western European countries and North America. “When I was in the UK looking for short films to screen, about 80 percent came from independent producers, but here about 99 percent of short films come from schools,” Horák said.

While the lack of independent producers working on shorts in the Czech market implies that shorts are confined to younger filmmakers, Horák says the schools offer strong support for filmmakers to get their projects on the screen, both financially and in terms of providing the necessary equipment and facilities.

No one would be surprised to hear that the world of feature films is highly competitive considering the money and time involved in making a 90 minute or longer film. Yet in terms of numbers, and getting your film noticed, short films might have an even more arduous path. Horák says that at the world’s largest short film festival in France’s Clermont-Ferrand the catalog contains 7,000 short films.

Considering the sheer numbers, it is a big battle for Czech filmmakers to distinguish themselves, though Horák points out that Prague’s FAMU (Film and TV School of the Academy of Performing Arts) was named Europe’s top film school and No. 7 in the world by The Hollywood Reporter.

Nevertheless, the Czech Film Center’s production of a DVD of the best Czech short films is an obvious means to increase the exposure to the excellent filmmaking being done here. Czech Short Films 2012 Vol. 3 consists of 13 films chosen from a total of 160 films by a jury of film and TV professionals. Three of the films in this year’s collection were nominated for the Magnesia Award for Best Student Film, including the winner Neplavci (Non-Swimmers) directed by Jakub Šmíd. The award is done in cooperation with the Czech Lion Awards (Český lev), which will present the awards in a televized ceremony on March 3.

Non-Swimmers follows the aimless days of teenagers in a small town hanging out around an abandoned holiday resort waiting until its empty swimming pool is filled with water. The performances of the young actors in the film are exceptional, strongly expressing the boredom and claustrophobia in their lives.

Another strong film and Magnesia Award nominee on the DVD is titled Malý okruh pozornosti (Small Circle of Attention) and stars Miroslav Krobot, who has won recent acclaim as the lead inAlois Nebel, as an actor whose theory of acting works much better on stage than when applied to his personal life. The film is a series of short but intense scenes that develop a complicated and difficult family situation.

Horák has particularly strong hopes for these two films to garner some international attention. “I think this DVD is a really good opportunity for young filmmakers of short films. This DVD is getting around at other festivals, and that way lots of important people from the short film world will be able to watch them and then maybe choose them for screening.”

Only in its third year, it is still early to gauge whether the exposure of these young Czech filmmakers provided by the DVD is helping them move onto the next step in their filmmaking career — but with iShorts in its sixth year, Horák says the successes are starting to increase as more of the directors graduate and begin their professional careers.

“I think the next few years more of them will shoot their features,” Horák said.

The DVD of Czech shorts also includes strong examples of animated short films as well as documentary shorts. 5,-Kč (5 CZK) by Marek Cicciotti looks at the lives of the women who work in the public toilets collecting the obligatory Kč 5 charge. From being barely visible in life the film shapes a moving and often tragic portrait of the three women in front of the camera.

Another fascinating documentary is titled Jáma (Pit-hole) and directed by Jiří Stejskal. The films shows a Ukrainian family living in a rural-style farm house in the midst of a massive block of apartment buildings. Though they have been sued and threatened as well as mocked by their neighbors the matriarch of the family (whose other peculiarity is that she has two husbands living there) has refused to give in and move to an apartment.