Since the financial crisis, Czech Rep. marks steeper per capita drop in influx of immigrant than Spain and Ireland; bureaucracy a factor 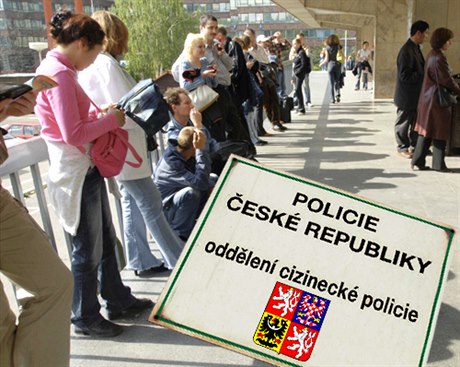 The lines at the Czech police department for foreigners may be thinner this year foto: © ČTK, Česká pozice 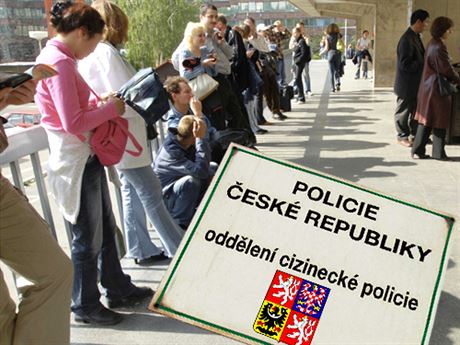 In 2007 prior to the onset of the global crisis, over 100,000 immigrants arrived in the Czech Republic looking to find work and settle here; two years later, the figure stood at 40,000 — a larger percentage drop than Europe’s worst hit economies. According to the Czech Statistical Office (ČSÚ) the decline in arrivals has continued since then.

“People no longer count on there being a good future for them in the Czech Republic,” Jan Schroth of the Czech branch of the International Organization for Migration (IOM) told the news server aktualne.cz, commenting on a new OECD report that found international migration fell throughout member states in 2009, reflecting lower demand for workers in OECD countries for the second consecutive year after a decade of growth.

The “2011 International Migration Outlook” report says that migration into OECD countries fell by about 7 percent in 2009 to 4.3 million people, down from just over 4.5 million in 2008. Recent national data suggest migration numbers fell further in 2010.In 2007 and 2008, the Czech Republic was a highly popular target country with about the same number of immigrant arrivals as Poland, Slovakia, Hungary and Slovenia combined. “The decline is particularly marked in Asian OECD countries and in most of Europe, notably the Czech Republic, Ireland, Italy, Spain and Switzerland,” it said.

In Europe, movement between EU member states fell by 22 percent in 2009, the report noted. In contrast, permanent migration to Australia, Canada and the United States increased slightly in 2009. Temporary labor migration is especially susceptible to shifting demand and declined by 17 percent in 2009. The only European country in the OECD not to see a fall in the same period was Germany.

In percentage terms, the decrease in immigrant arrivals to the Czech Republic in 2010 was 61 percent lower than in 2008. By comparison the fall in Ireland was 57 percent, the second-largest drop in the OECD’s figures, and in Spain  49 percent. In the same period, Italy saw a drop of 15 percent, Japan12 percent, the UK 7 percent, the US 4 percent and France 2 percent.

In 2007 and 2008, the Czech Republic was a highly popular target country for migrants ranking 12th in the world in OECD figures, with about the same number of arrivals a year as France, or Poland, Slovakia, Hungary and Slovenia combined.

In terms of numbers of immigrants to local population percentage, in 2008 only Spain, Ireland, Austria and Switzerland experienced a higher ratio of immigrants per capita of the population.

In 2007, the Ministry of Labor and Social Affairs estimated the number of illegal immigrants in the country at around 200,000. The IOM’s Jan Schroth says that due to the lower demand for labor, and stricter controls by police of pensions and hostels for migrant workers and also workplaces, the number has dropped considerably, though the International Organization for Migration in the Czech Republic does not have estimates for current numbers.

In addition to the lower demand for labor, Czech bureaucracy may also be a factor in the decline in immigrant numbers. Applicants for residency require a range of documents from various offices, including from the embassies of applicants’ home countries, and the process can take many months.

Gov’t to up fines for illegal employment