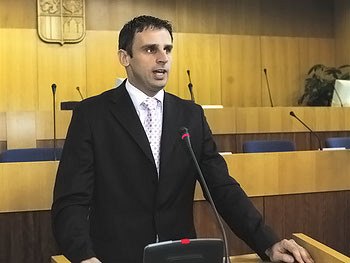 “Unfortunately, I’m convinced that the personnel reshuffle about which the media has reported stems from the need to finish what the government of Mírek Topolánek (ODS) did not manage to fulfill, i.e., the need to complete the privatization of Budvar,” Zimola told the server parlamentnilisty.cz, referring to reports Budějovický Budavar’s top man over the past 21 years, Jiří Boček, could be forced out, as a first step to that end.

Last week a lawyer connected to the ODS, Tomáš Jindra, and a businessman linked to the Public Affairs (VV) party, Jiří Lexa, were appointed to Budějovický Budvar’s 12-member supervisory board.

The deputy leader of the opposition center-left ČSSD, Michal Hašek, has called for an independent audit of the brewery and claims the new appointments to the supervisory board are part of an initial move by the ODS to seize control over the firm. “The ODS godfathers are trying first to gain control over Budvar, then maybe milk (assets) and then privatize it,” Hašek was cited by parlamentnilisty.cz as saying.

Bendl, the former Central Bohemia regional governor who was named agriculture minister in October, denies he or his allies are preparing to sell off the famous brewery. “I want to control the running and management of an organization that is administered by the Ministry of Agriculture,” Bendl told the ČTK news agency last week.

Zimola says that if the government does not propose a law safeguarding the brewery, he will call for a referendum in the South Bohemia region. České Budějovice where the brewery is located is the administrative center of the region. Zimola says he’s aware that a referendum would have no legal weight against a decision to sell off the Budvar brewery, “but I would think it necessary so the government sees what the people in the region think about it,” Zimola said.

Czech gov’t adapts Budvar supervisory board to its taste