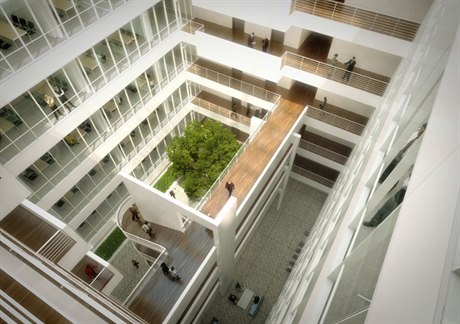 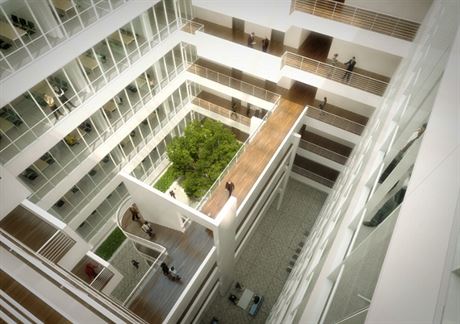 The relocation of PricewaterhouseCoopers Czech Republic to almost 12,000 sqm in Skanska’s City Green Court office building in Pankrác – Prague 4, the Czech Republic’s first property to obtain ecological Leadership in Energy and Environmental Design (LEED) Platinum pre-certification, indicates the growing significance of sustainability on the Czech real estate market. Czech Position sat down with some of the leading green building specialists in Prague to discuss a range of key issues facing the real estate industry in its efforts to become greener.

The number of projects in development or planning stages in the Czech Republic expected to be certified represents a significant increase.

Compared to Western Europe green building is still in a relatively early stage on the Czech market, with the financial crisis having sapped the growing momentum of the boom years. Currently, the only completed LEED certified buildings in the country are ČSOB’s headquarters in Prague 5 and a manufacturing facility for pet food company Hill's Pet Nutrition located in Hustopeče, Southern Moravia. Both of these buildings obtained the LEED Gold certification. Centrum Zlatý Anděl in Prague 5 and Beta building in BB Centrum in Prague 4 have obtained UK Building Research Establishment  Environmental Assesment Method (BREEAM) certification.

But the number of projects in development or planning stages in the Czech Republic expected to be certified represents a significant increase. According to a June research report by real estate consultancy DTZ, 74 percent of the 123,900 sqm of office space currently being built or reconstructed will be green certified. The report further states that 76 percent of the supply pipeline, amounting to around 412,000 sqm, is aiming to achieve certification of one kind or another.

The trend of leases being signed in green buildings shows the extent to which sustainability is becoming a pre-requisite for development. According to Chris Owen, a BREEAM accredited consultant architect, developing a green building not only helps secure an early deal but lessens the risk involved.

“You risk obsolescence if you don’t take sustainability on board,” Owen said.

While EU legislation is often talked of as an impetus for increased sustainability in European real estate, there is the sense that it is only a secondary aspect. “I think what’s making it move is the demand side,” Owen said. “The agents have grasped what’s tangible and have established that BREEAM and LEED are the reference points.”

“There’s been quite a few examples recently of developers who got a building permit and now they’ve finally woken up because maybe a tenant has approached them and is looking for something that is certified. Now they’re realizing that this is something they have to consider,” said Andrew Caistor, BREEAM international assessor at Chapman Taylor architects in Prague.

The relatively recent increase in importance of having green certification in Prague has also resulted in some developers trying to green already designed buildings, often by adding secondary features that will help tick some of the boxes. This approach, all the specialists agree, is both inefficient and often unnecessarily expensive.

‘You risk obsolescence if you don’t take sustainability on board.’

“In the near future a lot of them [developers] are going to do it from day one,” Caistor said.

“Again, it’s the occupiers that are pushing for this with respect to their own corporate social responsibility policies, the health and well-being of their staff, staff retention, attracting the right, high-quality staff – young graduates that are interested in these things,” Owen said.

Another misconception about sustainable building for which there appeared a clear consensus was on the use of glass. “Everyone wants their glass office building, and glass is bad. It’s hard to make a building that is energy efficient and that has 100 percent, or even 80 or 70 percent glazing,” said Cory Benson, LEED accredited architect at sustainable architecture and urban design company Made Sustainable, adding that the optimal amount of light to get in is closer to 40 percent. Though there are materials that retain heat much more efficiently than glass but tenants still insist on glass.

“I think the use of glass is in decline,” Owen said. “Talking about one segment – corporate office – maybe there’s a bit of a lag there, but if you look at all building types and how the envelope has been addressed in the early design stages, then the use of glass is decreasing.”

There were other features the specialists scrutinized as well for their green legitimacy. “A green roof doesn’t make a sustainable building. It’s nice, but expensive, and you can probably get the same energy performance that you get from a green roof through better insulation and maybe a different type of roof covering. And people are realizing that,” Benson said.

“It’s a visible thing and that’s why a lot of them do it,” Caistor said.

The price is right

One obstacle that has slowed the growth of sustainable building on markets like the Czech Republic has been the notion that green building simply costs too much.

“I think there’s the perception out there that green buildings have to be expensive – and they can be – but they don’t have to be,” said Eric Johnson, executive cost manager at construction consultancy Gardiner & Theobald.

And while having close to zero energy or treating wastewater on site certainly require substantial investments Johnson insists it is equally true that you can do a better and more efficient building for no additional costs.