Czech MPs seeking to get to bottom of leaked ‘secret service’ tapes complains of lack of gov’t cooperation, want files made public 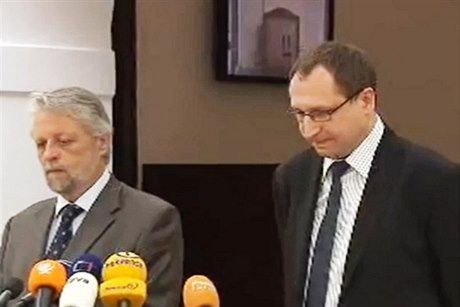 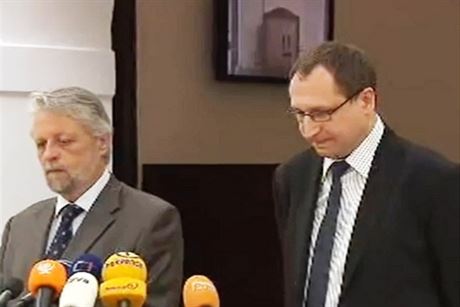 The head of a parliamentary committee trying to probe the shadowy world of the Czech intelligence services and their surveillance of links between top politicians, lobbyists, and business groups has complained about a lack of government cooperation with his investigation — and his powerlessness  to proceed.

But Dolejš, who explained he could not make public all the information handed over but could give his opinion about it, said it still wasn’t possible to say whether the tapes came from the BIS and were leaked to the security company ABL, created by the de-facto head of the Public Affairs (VV) party, Vít Bárta.

BIS director Jiří Lang said upon leaving the committee meeting that the intelligence service has still not been able to verify the leaked tapes but was working on the problem.

The leak of the Bém–Janoušek tapes in March, followed by other tapes suggesting the infamous lobbyist was also in contact with two current ODS ministers, agriculture ministr Petr Bendl and Environment Minister Tomáš Chalupa, created a scandal, largely because it confirmed the widespread suspicions of shady “godfather” contacts between Prague business interests and politicians.

Bém, now a member of the lower house of parliament, suspended his membership in the center-right ODS party in the wake of the scandal. A top Czech policeman, the former police president and current deputy president Vladislav Husák, has also resigned his post due to alleged links with Janoušek.

But the exact origin of the tapes, their authenticity, and whether they were part of a massive effort by the BIS to map out the links between business interests, so-called “godfathers,” politicians and top members of the state, remains unclear. Who might have authorized the BIS to carry out such surveillance — or if it did so of its own volition — has not been clarified either.

‘These people could be under pressure, could be being blackmailed and might not be making decisions independently.’

Dolejš said the question of how many more recordings exist, whose hands they are now in, and whether they could be used to blackmail those in power was still unresolved. “These people could be under pressure, could be being blackmailed and might not be making decisions independently,” he warned. “This represents a big danger for this state. That is why light should be shed on this whole issue.”

He called on the BIS to make public all its information about the recordings, adding, though, that so far the domestic intelligence service had been reluctant to take such a step.

Dolejš also attacked the refusal of Prime Minister Petr Nečas (ODS) to appear before the committee and former ODS prime minister Mirek Topolánek’s public declaration that he would not answer questions from it.

The ČSSD member of parliament accused Nečas of “hiding his head in the sand” about the tapes and the scandal  and suggested the current government “does not have a clean conscious” about it. Dolejš added that he had used his rights as a member of parliament to send off a series of questions to the prime minister to try and clarify whether he and other ministers were informed about the BIS’ suspected surveillance operations.

Both Dolejš and fellow committee member, former Social Democrat minister of the interior František Bublan, complained that parliamentary supervision of the activities of the domestic espionage service was “almost formal,” and that the committee lacked real teeth to get to grips with the matter. “The legislation needs to be changed,” Dolejš said, adding that his party was drawing up a law which should deliver stricter supervision. But he maintained that it should be possible to get to the bottom of the affair.

‘This represents a big danger for this state. That is why light should be shed on this whole issue.’

The initial tapes between Bém and Janoušek were made public by the Czech daily Mladá fronta Dnes, which reported that they were made five years ago by the BIS and two years later landed up in the hands of ABL, the security service company being run by Bárta.

The tapes suggested Janoušek wielded enormous influence over the Prague mayor, even to the extent of helping decide his daily program, and was involved in key real estate transactions involving land held by Prague City Hall and decisions concerning its many municipal companies.