Too many Schnitzels [pork chops] not Sharia behind conversion of Czech prison inmates to Islam, says prisons service’s religious supervisor 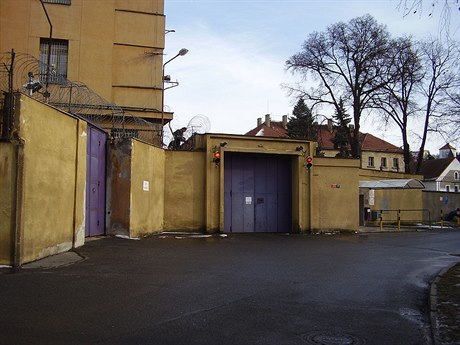 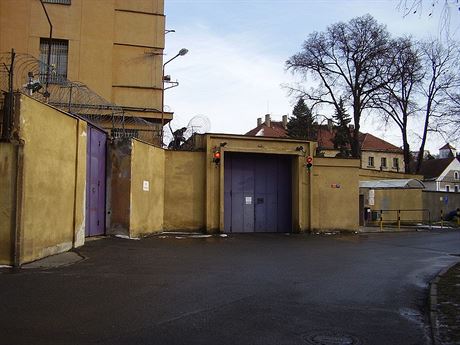 The Czech Interior Ministry’s latest quarterly report on the state of extremism and security situation in the country reveals that a considerable number of prison nmates have converted to Islam. Chairwoman for religious and spiritual affairs in the Czech Prison Service Renata Balcarová says most of the converts to Islam do so for entirely material reasons, such as a more varied menu, and typically don’t have any idea about or genuine interest in the religion.

Balcarová says she cannot give a precise figure for the number of converts to Islam in Czech prisons, but estimates that there are “several dozen” such cases. And for the most part the inspiration is gastronomic, not spiritual. “They get the notion that the Muslim diet will be more interesting and varied. It’s more or less the rule that the lower the intellectual capacity of these people, the greater the likelihood of this phenomenon emerging. They simply see that a Muslim has something else on his plate and also want it,” Balcarová said in an interview with the server tyden.cz.

‘They simply see that a Muslim has something else on his plate and also want it.’

Balcarová explains that the bogus converts are exposed by prison chaplains who hold long discussions with them and typically discover they know practically nothing about the Koran, the life of the prophet Mohamed, and the basic principles of the faith.

Ruýzně - the Mecca of Czech prisons

The prison with the largest number of supposed Muslims in the Czech Republic is the Ruýzně facility in Prague 6, where Balcarová says there are currently 20 inmates who profess adherence to the faith. In the early 1990’s there were a number of foreign Muslim inmates and the then governor of the prison agreed to convert the chapel into a dual faith prayer room. To this day Ruýzně is the only such facility in the Czech Republic with such an arrangement.

According to Balcarová there appears to be no danger whatsoever of the converts becoming dangerous Islamic fundamentalistsIn addition to a Halal diet, Balcarová says that  Muslim inmates in Ruýzně are provided with prayer mats, headscarves, and are allowed into the prayer room in accordance with Muslim times of prayer. In most other prisons, however, Muslims — superficial or genuine — do not receive special concessions, at least when it comes to meal times.

“When someone proclaims he is Muslim in a prison where he is the only adherent of that confession, the prison is not obliged to provide him with a Muslim diet,” Balcarová explains, adding that in such cases the converts usually write multiple letters of complaint. Each complaint is treated individually, she says: in some cases convicts are moved to other prisons with Muslim inmates, in other cases they are informed that they’re unlucky and nothing can be done.

“About 14 days ago one employee of the Prison Service put such effort into a reply to a disgruntled convict that he literally quoted the Koran. It’s written in there that if a Muslim finds himself in a place where it’s not possible to observe the [Halal] diet, Allah will forgive him and he may consume forbidden food,” Balcarová says.

According to Balcarová there appears to be no danger whatsoever of the converts becoming dangerous Islamic fundamentalists and that not a single case of propagating violent Jihad has been registered in Czech prisons. “They’re mostly a peace-loving community,” Balcarová says of the Czech Muslim jailbirds.