Czechs spend 72 percent of EU average on consumer goods, and prices in some categories that were above average have dropped a bit 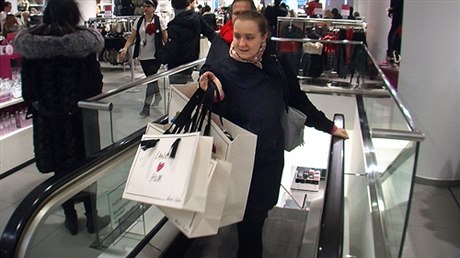 Simple tasks like shopping can become overwhelming to people who have just relocated and have no idea of the language or where to find basic items foto: © ČESKÁ POZICE, Česká pozice 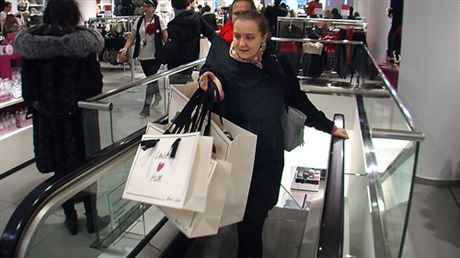 Consumer prices in the Czech Republic were at 72 percent of the EU-27 average in 2010, with restaurants and hotels offering the best deals. For the past three years, overall price levels have held relatively constant with the Czech Republic also at 72 percent in 2008, according to Eurostat, the EU statistical arm. Some items that such as consumer electronics and clothing — which had been above the EU average — are now below it but just barely.

Prices for restaurants and hotels in the Czech Republic were 59 percent of the EU average in 2010, and this was down from 65 percent in 2008. Figures were not given for 2009, when the Euostat price report focused only on food, beverage and tobacco prices. In recent years, there has been stiff price competition among higher category hotels.

Alcoholic beverage and tobacco prices in the Czech Republic were are 82 percent of the EU average in 2010, the same as in 2008. Figures for 2009 were given separately, with alcohol at 89 percent and tobacco at 75 percent.  “For alcoholic beverages and tobacco, prices were lowest in Bulgaria and Romania (both 64 percent of the average) and highest in Ireland (170 percent). This large price variation is mainly due to differences in taxation of these products among Member States,” Eurostat said.

Consumer electronics registered at 97 percent of the EU average, with household appliances at 99 percent. This is also a drop from 2008, when electronics were at 108 percent and appliances at 111 percent. “Consumer electronics is another group of products where prices differed less among Member States, from 89 percent of the average in Bulgaria to 115 percent in Sweden,” the report noted. The gap is closing over time, as it was 86 to 126 percent in 2008. ‘Clothing is one of the groups of products showing the smallest price variation among Member States.’

The areas in 2010 where the Czech Republic was above the EU average were electricity, gas and other fuels, at 106 percent; and communication, at 107 percent. The country did not score as the most expensive or least expensive in any of the tracked categories.