Jarmila Kovaříková becomes the first woman to win the Czech Press Photo viewers’ award, for “Life After the Earthquake in Haiti” 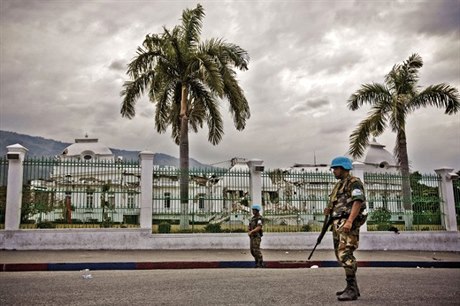 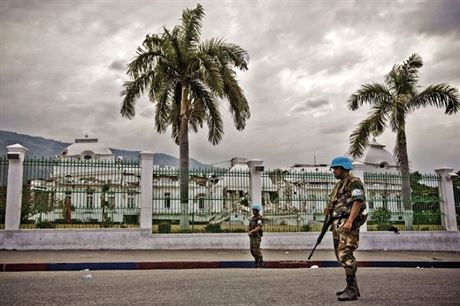 The annual Czech Press Photo exhibition in Prague’s Old Town Hall came to a close on Jan. 31 with the granting of the viewer’s award to freelance photographer Jarmila Kovaříková for her pictures from Haiti following its cataclysmic earthquake just over a year ago.

Around 40,000 people saw the selection of photographs from the show’s opening in November 2010, with categories ranging from on the spot news to sports and the arts. While the preponderance of news photography often leads to an overload of death, disaster and visible suffering, this year’s winner stands out more on the basis of images that rely on photographic skills as opposed to the simple exposure of global misery.

‘Kovaříková takes a much subtler approach, and her photos end up providing a more nuanced picture of life in Haiti.’

Kovaříková’s series “Life After the Earthquake in Haiti” was included in the exhibit after having won first prize in the general news category. She attended the initial press conference last October, a day after coming back from taking pictures in Africa.

As the viewers’ choice is only revealed once the votes of exhibit goers are tallied, the photographers can’t be informed in advance. So it was no great surprise that Kovaříková was off on a photo shoot — her father had to come accept the award in her place. But because her shoot is in Cambodia, where phone and Internet connections are not readily available, she had not learned of being selected as the viewers’ choice.

Press Photo award events are often incongruous and disturbing events. Art lovers stand around sipping champagne, taking admiring glances at images of war, poverty and disease in between casual conversations as photographers gratefully accept congratulations and try to make contacts to further their careers. Then there are all the portraits of politicians, some critical but many fawning attempts to help get fat, incompetent clowns taken seriously.

The winning photo, which is then displayed on billboards and advertisements, is all too often the most depressing image found in the whole show – often with a dead or injured child (in this year’s case, the latter).

Yet this year’s Best Photo, of a young Haitian girl with eye and facial injuries, went a step beyond the usual exhibitionism. The image is in high focus at the center of her face but blurs toward the photo’s periphery, an effect more commonly found in a studio portrait and rarely used for a candid image of a wounded child. Kovaříková’s pictures of Haiti represent even more of a departure, not only from what we have grown used to seeing on the news, but from most other images of Haiti on view at exhibits such as the Czech Press Photo awards. Her pictures represent a departure from the typical news photo as well as from most other images of Haiti.

Top prize in on the spot news also went to a series of photographs from Haiti, but whereas Jan Šibík’s work is typified by bodies – charred, dead or face down on the ground in the process of arrest, Kovaříková takes a much subtler approach and her photos end up providing a more nuanced picture of life in Haiti than their more sensationalistic counterparts.

Whether it is the picture of a skull on the side of a pile of debris or that of two UN Peacekeepers’ stressed, sweaty faces — each of the photos tells its own story, while the atmosphere and composition invite viewers to give them more than a passing glance.

The earthquake killed more than 200,000 people and has left another 1.5 million Haitians homeless. The people of the Caribbean island nation — the poorest country in the Americas — continue to endure appalling living conditions amid a nationwide cholera outbreak.

Onto the world stage

Originally intending to be an actress after graduating from the Academy of Performing Arts in Prague (DAMU), Kovaříková has since trained her lens on a vast array of targets in the developing world. She has done photojournalism on the problem of AIDS in southern India and has done extensive photo reportage from Africa.

In September and October 2010 Kovaříková was part of an exhibit titled 3 Women in Africa, which was also exhibited at the Old Town Hall before moving to Prague’s New Town Hall, where it closed on Jan. 2, 2011. The show highlighted the projects of three Czech women photographers — Kovaříková, along with Lenka Klicperová and Líba Taylor — working independently of one another in different parts of Africa.