Czech president hits out at German foundation over speaker ban 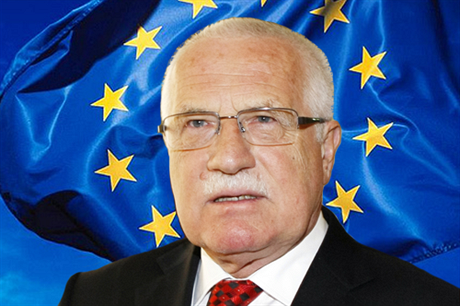 Czech head of state Václav Klaus has warned that he will consider handing back the prize he received from a well known center-right German political foundation unless it rescinds a conference ban on the leader of a right-wing Czech eurosceptical party.

President Klaus said on his personal website that he was “shocked” by agency reports that the Konrad Adenauer Stifting had threatened to withdraw its sponsorship of a Prague conference on fiscal union in the EU  and the debt crisis if the chairman of the Free Citizens Party (SS0), Petr Mach took part. The conference is due to take place at Prague’s University of Economics on March 7

‘I do not want to acept that your foundation would limit discussion, what’s more at an academic site, in such a brutal way.’

“I do not want to acept that your foundation would limit discussion, what’s more at an academic site, in such a brutal way,” Klaus said. He added that he was still hoping there was some mistake in the information he received.

The Free Citizens Party was a legitimate Czech political party and Mach was a significant personality, not just in politics but also in economics, Klaus added. The party’s views coincide largely with Klaus’ and Mach at one stage headed the liberal economic think tank created by the Czech president.

Klaus said if the pressure, which he said verged on blackmail, turned out to be true: “then we are living in a totally different world to that which I have been struggling for over the last 20 years in Czech and European politics.” “I should also consider whether in this case I should not return the prize which I received from the K.A. Stifting foundation in Prague in December 1993,” he added.

The Prague-based office of the Konrad Adenauer Stifting was not immediately available to answer questions.

The Free Citizens Party stood in Czech parliamentary elections in mid-2010, winning just under 39,000 votes and no seats in parliament.