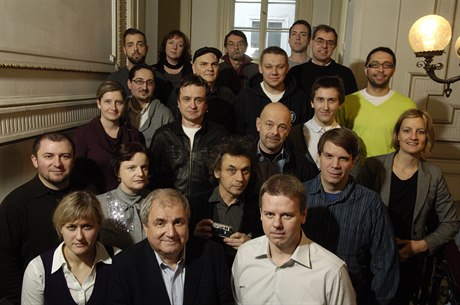 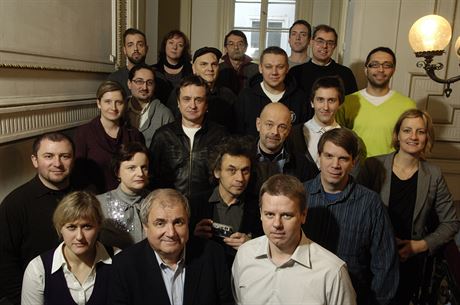 Czech Position launched in December 2010 with the lofty goal of becoming the world’s daily English-language source for Czech political, business and cultural news, by offering a mix of breaking news reports, feature articles, analysis and investigative reporting. Alas, all good things must come to an end.

We were well on our way — thanks in no small part to being able to draw on the work of our parent publication, Česká pozice, which is staffed by more than a dozen veteran Czech reporters, editors and commentators. And that was what truly made this English-language publication unique on the market.

How it all began

Editor-in-chief István Léko left his stewardship of the weekly Euro after 12 years to found Česká pozice/Czech Position convinced of the demand for a news server that would expose and track corruption and incompetence in politics and business without bias. It was he, for example, who first exposed the dodgy dealings of the brokerage Key Investments, to which several Prague districts had entrusted nearly 1 billion crowns of taxpayers’ money.

Putting such complicated stories into context for the world at large (i.e., in English) were senior editor Brian Kenety, a former Interfax bureau chief in Prague and Inter Press Service EU correspondent; news editor Chris Johnstone, a former AFP reporter in Prague and AP-Dow Jones correspondent in Brussels; and reporter/editor Tom Jones, a co-founder of the English-language version of Gazeta.ru. All three had previously worked (though not at the same time) for the Czech Business Weekly (Johnstone as launch editor, Kenety as managing editor, and Jones as a reporter). The English staff also broke its share of hard new stories on the Czech market and often were the first to report in English on Czech stories of global interest.

The English staff also broke its share of hard new stories on the Czech market and often were the first to report in English on Czech stories of global interest — as evidenced by citations from venerable publications like Time magazine, The Economist, The Guardian, The Telegraph, The Huffington Post, and other international media, including news agencies like Bloomberg, Dow Jones and Reuters.

While keeping readers current on key events, we also covered the lighter stories — the kind everyone loves to share on Facebook (remember the “gay caveman” and caped crusader/guerilla marketer “SuperVáclav”?) — and published a cultural feature each weekday.

Writers Raymond Johnston and Michael Stein (founder of Literlab) — who were both instrumental in the Czech Position launch — continued to cover arts and leisure for us, and the publication benefited greatly from having a stable of other experienced freelancers on hand, such as Radio Prague veterans Sarah Borufka, Christian Falvey, Dominik Jůn and Ian Willoughby, along with Martina Čermáková, Hana Gomoláková, Jacy Meyer, Joann Plockova and Sam Beckwith.

Unfortunately, with the recession still ongoing, advertising revenue proved insufficient to sustain the English section. Perhaps when the global economy has bounced back, so too will Czech Position. In the meantime, Česká pozice is going strong, and will further expand using resources previously allocated for the English section.

Thanks to all our readers for your insightful comments over the past year and a half. We bid you Adieu.