Nuclear power is among the issues Czech and Polish premiers will discuss on Friday, with the Poles bringing mixed news to Prague 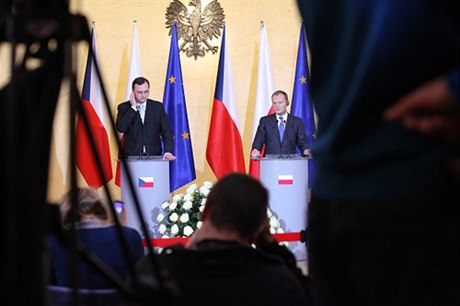 Nečas (left) and Tusk are both pro-nuclear, but may take different stands on ‘stress tests’ foto: © vlada.cz, Česká pozice 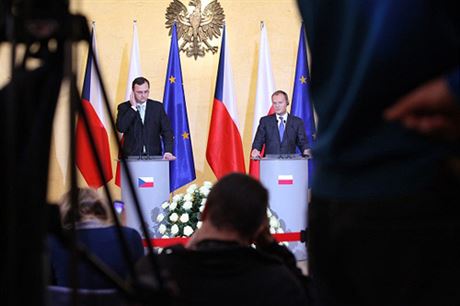 European nuclear power stress tests and  support for under pressure nuclear power are likely to be some of the hot issues on the agenda when Czech Prime Minister Petr Nečas (Civic Democrat, ODS) meets with his Polish counterpart Donald Tusk in Prague on Friday.

Announcing the meeting, the Czech PM’s office announced that nuclear power is on the agenda without giving more details. But a government spokesman said that the so-called “stress tests” were likely to crop up.

Although the main lines of the stress tests have been resolved, some of the details have still to be decided, and this could put the Czech Republic at odds with Poland, the current holder of the EU’s rotating presidency of the Council of Ministers.

Non-nuclear Poland actually envisages a wider remit for the tests than the more minimalist Czech Republic, which has warned of the issue becoming a political one and reportedly harbors fears that its two current nuclear blocs, Dukovany and Temelín, might not pass more rigorous tests.

“We want the stress tests to include not only the EU member states, but also its neighbors,” a specialist working for for the Polish EU presidency told Czech Position. “We stand also for tests of the physical protection of nuclear facilities, including protection against potential terrorist attacks.”

Terrorism risks and steps to prevent them were not included in the late May deal over the format of EU stress tests to begin on June 1. These covered natural events and “any other initiating events potentially leading to a loss of safety functions requiring severe accident management and includes human and organizational factors.”

Despite the apparent differences over stress tests, the Czech PM can expect broader support for the Czech Republic’s forthright pro-nuclear stance, as it comes under pressure from Germany’s opposition to nuclear power in the wake of Japan’s Fukishima nuclear accident.

Poland, which currently has no nuclear power plants — because it was not seen as sufficiently trustworthy by the former Soviet Union to benefit from its nuclear know-how — is now looking to join the nuclear power production club.

The simple fact is that Poland faces severe problems meeting EU pollution cutting targets if it continues with its virtual coal alone policy, and many of its existing coal-fired plants are in any case reaching the end of their lives.

The 70 percent state-owned power company has also built options for a further three nuclear reactors in the Temelín tender, without stating where they would be sited. The most commonly cited scenario would be for two of the options being translated into new reactors at the Dukovany site with a third being allocated to ČEZ’s Slovak nuclear joint venture with the Slovak state.

But the Slovak center-right government has yet to come out clearly in favor of another nuclear plant and the joint-venture hatched under the previous left-led coalition. This leaves the possibility that Poland may prove a more enthusiastic partner and option for the spare ČEZ option.