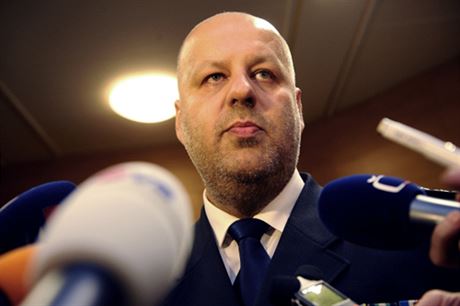 Czech police numbers must be maintained above the level of 40,000, if not Police President Petr Lessy says he’s prepared to resign in September, he said in interview on Czech Television (ČT) on Sunday (May 6). Lessy is considered as a protégé of former ruling coalition partner Public Affairs, and his ultimatum is similar to that delivered by the party’s ex education minister, Josef Dobeš, over budget cuts.

Three circumstances indicate Lessy’ departure is a question of time:

Search for a replacement

The departure of Public Affairs from the ruling coalition (ODS, TOP 09 and now, LIDEM) is a major factor behind Lessy’s current predicament: He no longer has political protection and thus the search for a replacement has begun in earnest. Chief of the North Moravia and Silesia police department Tomáš Tuhý was mentioned as his potential successor in April before Kužel’s name emerged.

“Kužel has received an offer. Now he’s deciding whether to take it, after all it’s a post with many uncertainties. The chief of police in the Czech Republic is, as a rule, replaced every two years; therefore, Tomáš is thinking about where he would go if he had to leave the post early,” Czech Position’s source said on condition of anonymity.

“His name has consistently appeared on the list of candidates for the police presidency for quite a long time now,” an MP with the ODS who chose not to be named told Czech Position. Another senior ODS figure said Kužel has the right credentials for the job. “He would certainly be a candidate as a member of the police leadership team. After all he’s already been part of it,” the source said referring to Kužel’s stint as deputy police president for economy from 2007 to 2009.

Also in Kužel’s favor is the fact that he would in all likelihood be able to arrange for a smooth transition with Lessy, who prior to becoming police president served as Kužel’s deputy in South Bohemia. “It’s a loss for the police commend in South Bohemia that he won’t be here with us, but it’s beneficial for the police in general that we [now] have him as president,” Kužel said commenting on Lessy’s appointment in February 2011.

Through his spokeswoman Petr Vedrová, Kužel told Czech Position that no one had approached him in connection with the top police post, and dismissed the information as “nonsense.” As to whether he would take the job if asked he responded “no comment.”

Lessy versus Kubice: played out

Kubice may be central in orchestrating Lessy’s departure, and he now has a useful document for this purpose. Last Friday Lessy sent Kubice a letter proposing the introduction of a system for setting rank and file police numbers in 2013, including a request for the proposal to be debated in parliament. ‘A further reduction of police numbers below the level of 40,389 would render it impossible to fulfill the [required] tasks...’

“In order to fulfill the duties of the police to the extent defined in the relevant legal regulations, the minimum number of service posts required is 40,389. ... A further reduction of police numbers below the level of 40,389 would render it impossible to fulfill the tasks to the extent specified in the special legal provisions concerning the police,” Lessy wrote in his letter to Kubice, a copy of which Czech Position has obtained. Lessy also proposed that his proposal for personnel numbers should provide a basis for calculating the 2013 police budget.

“The Minister has received the letter and has sent it to the relevant departments for expert assessment. The proposal will definitely not be discussed at the government meeting on Wednesday (May 9),” Interior Ministry spokesman Jan Novák said.

According to Czech Position’s sources, Lessy’s proposal will be rejected because it lacks an explanation as to why the police would be unable to function properly with fewer uniformed officers on patrol.

“The police president consistently refers to a report on personnel requirements which he commissioned last year, but is not possible to find,” a well-informed source said on condition of anonymity. Czech Position therefore asked the Police presidium for a copy of that report, but a week after making the request, the Presidium’s spokeswoman Pavla Kopecká had not replied.