From “Rusalka” to the “Fireman’s Ball” to a Kafka ice show, Denver gets a large and varied dose of Czech cultural riches 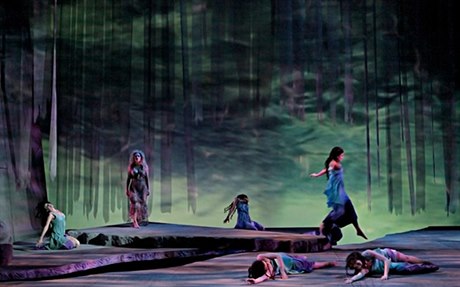 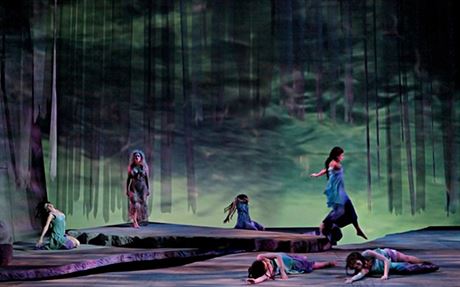 Czech Point Denver is a wide-ranging celebration of the rich culture and history of the Czech people and includes music, theater, film, lectures and more. A cooperative project of several Denver-based arts organizations, the festival will revolve around Opera Colorado’s production of legendary Czech composer Antonín Dvořák’s opera “Rusalka,” the first time this famous opera has been staged in Colorado.

Greg Carpenter, Opera Colorado’s general director, spoke to Czech Position about how introducing “Rusalka” to Denver opera lovers metamorphosed into a full-blown Czech-themed festival. Once the idea of a festival arose, Carpenter and the festival’s marketing director, Rex Fuller, needed to decide would be the most compelling components of a cultural festival based on the arts.

“We quickly decided that music, theater and art were top priorities, but we also recognized that the Czech film industry was a substantial cultural movement in the last half of the 20th century and we could not leave out film,” Carpenter said.

Once these four basic areas were determined, the pair began meeting a variety of local arts organizations, including organizers of the Denver Jewish Film Festival, where a screening of Czech director Pavel Jandourek’s Golem-inspired “Maharal” sold out within hours and who became the first to hop on board.

‘Everybody knows a lot of good hockey players are Czech, but not everyone knows we’ve had so many good musicians, writers and artists. Hopefully this festival will change that.’

A number of Czech businesses in the area became involved and members of the local Czech Lodge volunteered to help at a number of the events. “We began to gain momentum once we had our first collaborator in place,” Carpenter said.

“Rusalka” might form the base of the festival, but a better known Czech-born cultural figure today than even Dvořák is the writer Franz Kafka, and the festival features two events with him in mind. “Kafka on Ice,” a stage play produced by the local Buntport Theater Company, is an off-the-wall combination of the writer’s semi-fictionalized biography along with his “Metamorphosis,” all performed by actors in ice skates.

A scheduled lecture with the eye-catching name of “Kafka, Sports, and Czechoslovakian Jewish Identity” was meant to be a somewhat more serious event. The lecture was presented on the website with Kafka’s response in a postcard to his brother-in-law that critics of the rising sport might finally be getting the upper hand. The postcard in part said “snad ted footbal vůbec přestane,” meaning “perhaps now, soccer is really over.”

Unfortunately, the unusually harsh local winter put a number of festival events on ice, including the lecture, as well as a reading of the Czech-born British playwright Tom Stoppard’s “Rock ’n’ Roll.”

The cancellation of the lecture on Kafka and sports particularly disappointed Filip Stribal, owner and manager of Sobo 151, the venue chosen for the talk. Sobo 151 is Denver’s only Czech-themed sports bar and serves as the unofficial meeting place for Denver’s small, but well-organized Czech community. Expecting nearly 60 attendees Stribal happily made due with the handful of people who braved the elements.

Asked his thoughts about the festival, Czech native Stribal responded that although he personally didn’t have the time to attend most of the events he was nevertheless happy that people had the opportunity to learn more about his homeland.  “For me, as a Czech, I feel that sometimes we get forgotten because we are such a small country,” he said. “Everybody knows a lot of good hockey players are Czech, but not everyone knows we’ve had so many good musicians, writers and artists. Hopefully this festival will change that.”

Adverse weather luckily did not deter the dozens who attended a screening of Miloš Forman’s “Fireman’s Ball,” one of the most famous and beloved films of the Czechoslovak New Wave. Local film professor Howie Movshovitz introduced the film by calling it a “timeless parable which should have been watched by the Egyptian government.”

There were also screenings of Jiří Menzel’s classic “Closely Watched Trains” and 2003’s “Czech Dream,” a controversial documentary by two students of the Film and TV School of the Academy of Performing Arts (FAMU) in Prague that caused quite a stir upon its release in the Czech Republic. Movshovitz lamented that he only had room for three films since he said he could have easily chosen 10 movies, “masterpieces all, from that miraculous era of filmmaking called the Czechoslovak New Wave.”

That the Czechoslovak New Wave is less known than many other new waves of the ’60s is part of a general imbalance the festival is hoping to address.

“I feel that the music of Czech composers both past and present is all too often dismissed and overshadowed by more well-known composers like Mozart, Verdi, Puccini, Wagner and others,” Opera Colorado’s Carpenter said. While the same can also be said for Czech writers, filmmakers and more, Czech Point Denver is a welcome reminder of the outsized accomplishments of a small country whose influence and legacy looms very large indeed.

For more information on the festival, which ends March 16, visit the website.

Robert Kozar is a freelance writer living in Denver