Gov’t council for research to tackle the science budget, revamp the Technological Agency, and form the sector’s priorities 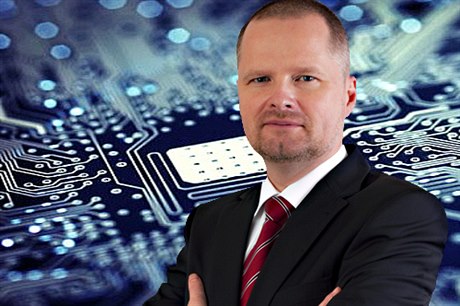 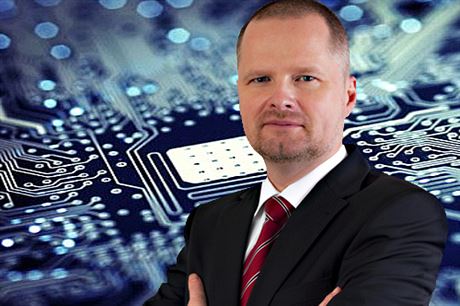 Preparation of the Czech science budget, the creation of national research priorities and intelligent methodologies for evaluating research, and changes at the Technological Agency (TAČR) — these are the main tasks to be undertaken by the newly created Council for Research, Development and Innovation (RVVI), which will advise the government what direction Czech science should head in.

As Czech Position has already reported, after premier Petr Nečas (ODS), chairman of the council, the crucial word will be had by the elected 1st vice-chairwoman Miroslava Kopicová and the vice-chairmen Karel Aim and Profesor Petr Fiala, who in September became head advisor to the prime minister on science following an institutional shake-up.

“Yes, that was the result of the elections. The decisions were clear cut. Basically there was a consensus and the selection of the board respects the main personalities active in sphere of research in the Czech Republic. Most of the members of the council regarded this outcome as practical, sensible and important for the continued operations of the council,” Professor Fiala, the rector of Masaryk University for many years, told Czech Position in an interview.

Fiala ranks himself amongst the representatives of academics and universities. As opposed to the 13 ordinary members representing universities, the Academy of Sciences of the Czech Republic (AV ČR) and industry, the board will meet not once a month but every week and will devote more time to its work.

A new scientific arena for opinions

In October an international audit of Czech science was published, which calls the RVVI a “quasi-ministry of science” in light of its influence. Is Professor Fiala of a similar opinion? “To a certain extent I am, though the council has all the disadvantages which a collective body has which isn’t an official authority. Premier Nečas is well aware of this. He has taken several measures aimed at freeing up the situation,” he says.

The first step was the establishment of a main scientific advisor, thanks to the cooperation of the hitherto relatively fragmentary administration of Czech science. “There is not simply a council here, but ministries, above all of education and industry, and other bodies. His second measure was to establish the section of science and research at the office of the government in order to boost the role of the office as a central body of the public administration where the secretariat of the research council is based,” says Fiala regarding changes to the management of science.

And another important (and clearly laudable) change is in the pipeline. “The prime minister is aware that the council is – in inverted commas – an executive body. Petr Nečas therefore thinks that discussions on Czech science should also take place on some other platform, which we could call a “parliament” and which at present has the working title Forum for Research and Development. Our idea is that some forty people would participate at the forum two or three times a year,” the professor says.

“Apart from members of the council representatives of key institutions and groups active in the sphere of science and research would also be present. We would hold joint discussions regarding what needs to be done, and the opinions coming out of these forums would be used to improve the activities of the RVVI. I can imagine such a forum being created during the course of 2012,” said the current vice-chancellor of Masaryk University in Brno. Nečas is aware that the council is – in inverted commas – an executive body. Nečas therefore thinks that discussions regarding Czech science should take place on some other platform, which we could call a “parliament,” says Fiala.

Transformation of the Technological Agency

The research council has a large backlog of work. What will be its priorities? Fiala believes we can expect that first of all it will examine the dismal situation surrounding the country’s Technological Agency (TAČR), a grant body which hands out billions in state aid for applied research and cooperation with industry. In October its chairman, Karel Klusáček, resigned, and Professor Karel Pospíšil, a member of the board, reached the end of his term of office.

“At the very first meeting of the council we recommended that the government accept the resignation of two members of the board and we took another important step: we announced the submission of proposals for new members of the board. However, we still haven’t completed this. We want to review the operations of the TAČR, including its legislative status,” explains Fiala. Although the technological agency was created as a complementary body to the Grant Agency of the CR, which supports basic research, it seems that its functions are somewhat different. The TAČR combines public and private resources, and Fiala believes it will be necessary to change the management structure so that it is fitter for purpose.

The new head of the TAČR – speculation is already rife in scientific circles as to who this might be – should possess a powerful managerial personality. “At the head of the technological agency we can’t continue to have someone who does it on a part-time, almost a voluntary basis. We have to transform the post into a full-on managerial position and find a personality who will link their professional carrier with the TAČR, otherwise it simply won’t work properly,” Nečas’s head advisor said.

The RVVI has to get to grips immediately with preparations of the R&D budget for 2013 while taking into account 2014 and 2015. “This is a really important task. As we all know, while in the past the outlook could be seen against the context of growth, over recent years funds for research have stagnated or have risen very slowly. And this is how things will continue in the future, even though there are an awful lot of issues which science and research should be addressing and therefore a high level of mandatory expenses,” Fiala said. Fiala says the new TAČR head should be a powerful managerial personality who will work full time.

“If we look at the drama being played out around the state budget, even simply pegging research expenses at the present level actually represents a success, because other areas are receiving less money. For 2012 there has been a slight increase, which is a completely exceptional situation in relation to the context. I can only hope that this tendency continues and I can attempt to persuade politicians of its merits, but I really don’t know how things will be in the future,” says the professor of political science, who believes it is also important to prepare for the next European Union program period and create a basis for the operational programme and its co-financing.

As well as the changes being prepared to the method of evaluating science the council must define the national research priorities, as Czech Position has already reported. The timetable has been drawn up. “Expert panels have already been created and the selection process should end in June 2012, when the government will approve it. Many renowned personalities are involved,” Fiala said.

Is Kopicová on the side of industry?

Miroslava Kopicová, former Minister of Education, sat on the previous RVVI and has come in for criticism from young, engaged scientists  of the type belonging to the federation Science Lives!, which in December sent out a protest press release.

The press release includes the following: “Candidates (to the council) did not present their ideas of the management of science and research but were simply appointed by premier Nečas on the basis of unclear criteria. The premier thus demonstrates that his promises regarding greater transparency of politics have no basis in reality ... From previous statements made by Miroslava Kopicová it ensues that she supports the routing of funds intended for Czech science to industry and applied spheres to the detriment of basic research.” The federation is clearly preparing other initiatives.

“Doctor Kopicová was twice Minister of Education and has long devoted herself to research, support for innovation and the involvement of the Czech Republic in European programs. She is extremely competent in this area. The criticism being heard is allegedly to do with her efforts to the benefit of Czech industry. I want to emphasise that this simplistic view is not one I share, but even were we to say that Mrs Kopicová tends to represent the application side of research, this is not a threat, because the composition of the council – and this has been acknowledged by the chairman of the Academy of Sciences, Jiří Drahoš – is very balanced,” said Fiala, who pointed out that academics have never in the past enjoyed such representation on the council.

“I would say that premier Nečas has managed to put together a team in such a way that, despite all the critical voices which logically there will always be, since the situation in Czech science is very fragmented, the council will be able to work on the basis of cooperation and to the genuine benefit of Czech research,” he adds. And as a political scientist he is not worried about the limited representation of the social sciences.

Fiala believes we are in a completely different situation than previously, at a time when the biggest battles were being fought between the Academy of Science, universities and industry. Reform has taken place which was not always completely thought through in certain spheres. But it was also a time when the budget was increasing constantly, which is not the case today. “We have certain limits and it is in all of our interests that the funds be well utilised. For instance, the Academy of Science carried out an internal evaluation which was not always positive. And I believe that we have moved much further than several critics active in the media are conceding,” Fiala said.

Fiala has several hopes for 2012. “I hope that we reach a decision on the evaluation of research and its links to financing as soon as possible. My idea is that, in light of the budgetary situation the results of international audit and experience, we attempt to stabilise the financing of research institutions in such a way that for two or three years we guarantee the current level of financing and remove them from evaluation for a certain period of time. We would thus stabilise a situation which for many institutions is intolerable” he said.

Fiala: I want to finance activities which are top quality and help not only the development of science but society too

At the same time the council would commission the compilation of a respectable methodology which would be ready within two or three years and which would be borne in mind during the distribution of funds in the future. “But we must never repeat that mechanical method that the scientific community nicknamed the ‘coffee grinder,’” warns Fiala.

He also wants to complete compilation of national research priorities, those areas which the Czech Republic really needs to support in applied research. “I would like there to be sufficient funding for Czech science and for us to finance projects which are good quality and help not only the development of science but society too. This isn’t easy. Right now as the scientific community we have a great opportunity to participate in setting up the rules of the game.”