Czech political leadership creates curious precedence: two state secretaries for EU affairs, one named by the PM and one by the FM 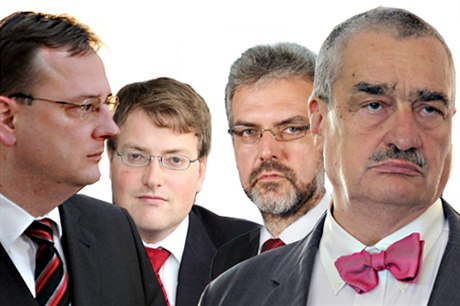 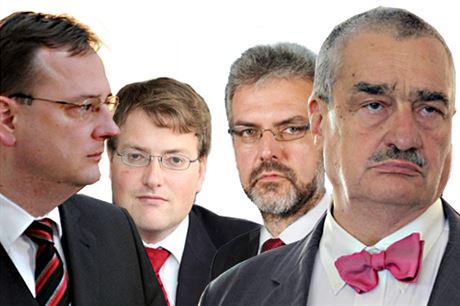 To have two secretaries of state for EU affairs is nonsensical; the Czech Republic is the only country in the world to have such an arrangement. But for one of them to be a young man who has never been elected to an office, served as a diplomt, and with no experience of EU structures or circles in Brussels, is truly unique.

What are his qualifications? His anti-EU conservative ideology and secretive close connections with Prime Minister Petr Nečas (Civic Democrats, ODS) and the Civic Institute. Finally, our EU partners are sure to take us seriously now. So what’s behind this unique arrangement? It’s about control of the EU agenda, which forms the backbone of Czech foreign policy and from where billions of crowns flow into the country.  These are two absolutely juxtaposed approaches towards the EU, yet there is a pretence that they both belong within the coalition government. They don’t.

So who will gain the upper hand? The Government office, i.e. Nečas and the ODS, with their policy of attacking the EU at any opportunity and who frequently ignore the fact that this state is part of the EU? Or will it be Minister of Foreign Affairs Karel Schwarzenberg (the TOP 09 party chairman), who takes a realistic and courteous approach towards the EU and who has a team of professionals?

These are two absolutely juxtaposed approaches towards the EU, yet there is a pretence that they both belong within the coalition government. They don’t. What we’re seeing is an attempt to build some sort of second foreign affairs ministry that will conduct a secretive policy, formed without involvement of experts and with no accountability to parliament or the public.

The Czech prime minister has appointed a young man lacking adequate qualifications as his secretary for EU affairs. He has given him the key to the European club comprised of seasoned politicians (with mandates from electorates), and no less-seasoned diplomats, people considerably older than him with much experience he lacks. Vojtěch Belling, 30, will doubtlessly raise eyebrows in Brussels.

On the other hand, Belling does have some excellent qualifications: This academic theoretician declares himself to be a pure conservative who takes no prisoners when it comes to the EU; he’s an extension of President Václav Klaus’ presidential team although he was not directly installed by Prague Castle.

The aim of Klaus and his euroskeptic allies is to remove EU issues from the hands of those in the foreign ministry who know the EU well and who played roles in the arduous process of gaining EU membership for the Czech Republic, and transfer responsibility to ideologists who confuse Brussels with the Warsaw Pact. These people are from the highly conservative Civic Institute, headed by Roman Joch, and the no less conservative CEVRO - Liberal Conservative Academy headed by ex-Interior Minister Ivan Langer and MEP Jan Zahradil (both ODS).

Belling began his political career as a passionate liberal with the center Christian Democrats (KDU-ČSL), becoming a secretary to former foreign minister Cyril Svoboda (KDU-ČSL). After the demise of the party, Belling turned up in the Ministry of Labor and Social Affairs when headed by Nečas, and after being schooled in conservatism at the Civic Institute was appointed to head the ministry’s department for children and families. Belling then went further with Nečas. The appointment of Ladislav Bátora, ultra-conservative protégé of Klaus to the Education Ministry, Roman Joch becoming advisor to the prime minister are other pieces of the puzzle that have fallen into place for the general picture to emerge.

Vondra and other anomalies

The post was only supposed to last for the duration of the Czech presidency of the EU in the first six months of 2009. Unlike in most EU states, the EU minister was subordinate to the prime minister and not to the foreign minister, and this is where the current conflict arose.

Vondra built a strong apparatus for himself in the Government Office, which has remained with 55 employees, while all ministries have reduced staff numbers in line with government spending cuts. This apparatus has been searching for a raison d’etre even without a minister, and the government has got used to intervening in EU politics directly.

When the current coalition government was being formed, it was decided to abolish the post of minister for EU affairs and the decision was included in the coalition agreement and the coalition government’s founding declaration. The same agreement states that the prime minister is responsible for the strategy of the country’s general strategy towards the EU for which he has the necessary apparatus, but nowhere is it stated that the Government Office’s department for EU affairs takes precedence over the Ministry of Foreign Affairs.

Another anomaly: There are no time limits set for state secretaries, neither in the relevant laws, nor in the coalition agreement, nor in the government’s stated policy program. A long while back now, state official Pavel Telička, who played a role in negotiating Czech entry to the EU, saw to it that such time limits were not imposed so as he would have a stronger position during entry negotiations (and also greater personal aura).

And then Nečas decided that the government will have a state secretary for EU affairs. He has earned a reputation as a decent, polite man; nevertheless, he put the proposal to the cabinet in a backhanded manner – quickly, without debate and on a day when Schwarzenberg was absent due to medical treatment. To compound the confusion, the proposal was withdrawn during the very same cabinet meeting, but appeared again at the next session a week later; the What’s shocking about the whole episode is the way in which the post was forcibly imposedODS and the third coalition partner, Public Affairs (VV), voted to create the post.

Schwarzenberg responded by appointing first deputy foreign minister Jiří Schneider as state secretary for EU affairs. After all, Schneider is an experienced diplomat and former ambassador and has the right qualifications for the post. It’s paradoxical that Schneider is an ODS man who was once the party’s speaker.

What’s shocking about the whole episode is the way in which the post was forcibly imposed and the fact that it is an invented post which is not recognized by Czech laws and regulations. What is also shocking is the choice of person appointed to the post.

Belling is not a member of any political party, but he has led Nečas’ so-called European section since the emergence of the ODS-TOP 09-VV coalition government, albeit from a lower level civil servant’s post. Now, after having received political blessing, he has immediately initiated negotiations and organized videoconferences with state secretaries for EU affairs of other member states without coordinating with or even informing the ministry.

For a while now, tensions have been mounting between the ministry and the EU section of the government office – where apparently there isn’t a single diplomat, there’s a lack of experience and the ink on the university degrees of its staff has hardly dried. Lack of experience is not the main cause of the tensions, however: Brandishing the PM’s name, the greenhorns in the EU section of the government office are formulating the Czech Republic’s positions for negotiations in Brussels, including at the General Affairs Council — the body that attempts to formulate united EU foreign policies — and have created roles that duplicate posts at the foreign ministry. Every week there are sharp confrontations between the Government Office and the ministry over who will be in the next delegation to Brussels.

The EU section of the Government Office with over 50 personnel now has more people than all of the departments that deal with EU policy within the ministry and claims the right to decide on all EU issues even though the section is not answerable to parliament. Every week there are sharp confrontations between the Government Office and the ministry over who will be in the next delegation to Brussels, who will participate in negotiations and most importantly, what will be said on behalf of the Czech Republic.

Erosion of the coalition

So we now have two state secretaries for the EU both with their own apparatus – one more or less comprised of experienced professionals at the ministry, while the other is primarily ideological. Just don’t ask which of the two their counterparts from Germany, France or the UK should contact.

When will someone come forward with a proposal to form a second Ministry of Education or Ministry of Finance within the Government Office? And this erosion of the coalition will of course strengthen the Prague Castle as a center of power.

Within the coalition, ODS and TOP 09 are the closest ideologically, but they are each other’s worst enemies when it comes to elections. The leaders of those parties are the prime minister and foreign minister, and it is their duty to protect Czech interests abroad. Nečas has interpreted this as a reason to create for himself a second Ministry of Foreign Affairs — albeit less professional and far more ideological. In response to the tensions over the dual state secretaries for EU affairs, an appeasement process has been initiated within the coalition, which, in real terms, translates into smiles and handshakes, but a kicking match under the table.