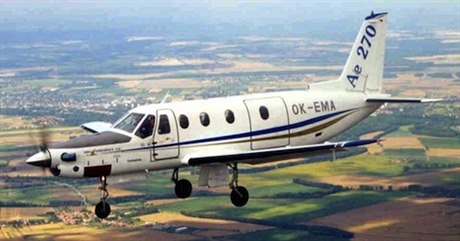 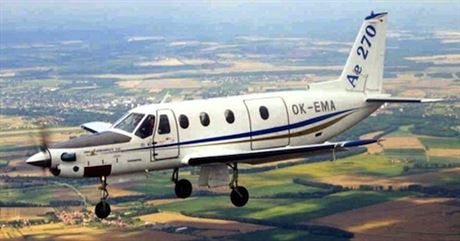 The Ae 270 single-motor, eight-seat passenger plane had been written off as a dead project. However, the manufacturer Aero Vodochody is in advanced stages of negotiations to sell the complete project. Belarus is reportedly the most likely buyer, though Russian and Chinese concerns are also interested. Aero Vodochody, the largest Czech aviation manufacturer, has decided to specialize in the production of military aircraft.

Aero Vodochody and also the Ministry of Industry and Trade (MPO) have confirmed that negotiations on the sale of the Ae 270 passenger plane to the Belarus state are in advanced stages. “Negotiations on the transaction are continuing. It is yet to be decided what form the contract will have,” deputy trade and industry minister, Milan Hovorka, told the daily Hospodářské noviny (HN).

Minsk to decide by summer's end

Aero Vodochody president, Ladislav Šimek, confirmed that talks with the Belarus are in advanced stages and that Alexander Lukashenko’s government is to make a decision on the deal by the end of August. According to HN’s information, the deal should be worth up to Kč 3.5 billion. The prospective deal with Belarus could be worth as much as Kč 3.5 billion and other Czech firms would likely be commissioned to build manufacturing facilities

If the deal with Belarus does go through, Aero Vodochody would provide technical support for several years and other Czech firms could be commissioned to build manufacturing facilities for the Ae 270 in Belarus.

The Ae 270 was developed in as consortium with the Taiwanese firm Aerospace Industrial development Corporation prior to the buyout of Aero Vodochody in 2007 by Penta Investments - one of the largest investment firms in the CEE region. The cost of development of the Ae 270 reportedly amounted to than Kč 2 billion. The Taiwanese firm has given provisional agreement to a deal with Belarus.

The Ae 270 has a pressurized cabin which enables the plane to travel at higher altitudes, thus enabling the craft to fly above bad weather conditions. Six Ae 270s were completed in the early 2000s. The plane’s motor is constructed by the Canadian firm Pratt & Whitney.  Ae 270 can be adapted for use as small cargo transporters, surveillance, and rescue craft.

Despite the advanced stages of negotiations with Belarus, there is also interest in the Ae 270 from Russia and China.

“The Chinese are looking across the world for a ready project to buy and manufacture under license. In this way they want to save time on development. In Russia although several projects [for a new small passenger plane] have been launched, none are as advanced as our Ae 270. That’s the main reason for their interest,” Vlastimil Coufal, Aero Vodochody’s manager for special projects in the former Soviet states, told HN.