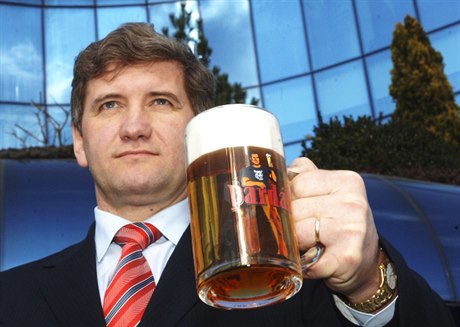 Budějovický Budvar’s Jiří Boček (pictured) has led a two-decade battle against US rival Anheuser-Busch, during which time sales and profits have doubled foto: © ČTK, Česká pozice 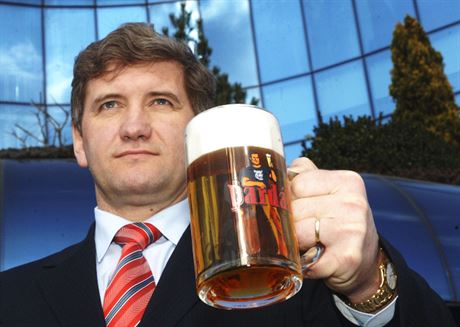 The legendary manager of Czech state-owned brewery Budějovický Budvar, Jiří Boček, is reported to be for the chop in what appears to be an escalating battle with his bosses at the Ministry of Agriculture.

Whispers about the brewing battle over the country’s fourth-biggest beer producer — known for its worldwide legal tussle with US beer giant Anheuser-Busch over claims to use the Budweiser name and related trademarks — have been circulating in the Czech press over the past days.

Boček, who has headed Budějovický Budvar for the past 21 years, and overseen the doubling of sales and profits and also the tripling beer production over the period, now appears to drinking in last chance saloon.

The business daily Hospodářské noviny (HN) said 54-year-old Boček’s dismissal by Minister of Agriculture Petr Bendl (Civic Democrats, ODS) is imminent. “The head of Budvar is ending due to ODS godfathers,” the paper headlined on Friday. “According to HN’s information from the ministry it is just a question of time, probably in the next days,” it added in its report.

According to HN’s information from the ministry it is just a question of time, probably in the next days.

The influence of the so-called godfathers, gray behind-the-scenes managers who pull the political strings, was already said to have been behind recent changes in Budějovický Budvar’s  supervisory board reported earlier this week . Lawyer Tomáš Jindra, said to be close to one of the ODS’ prominent string pullers, the powerful Prague lobbyist Ivo Rittig, was appointed to the 12-strong company body.

Budějovický Budvar has also been in ferment this week following the ministry’s launch of a special audit of its accounts and documentation. Brewery boss Boček will, according to HN, be sacked amid alleged, but not yet specified, misgivings about his managerial performance.

Neither Bendl, who was brought back to the Cabinet as agriculture minister in October last year, or Prime Minister Petr Nečas (ODS) have so far confirmed that Boček, who has always taken an uncompromising stand against Anheuser-Busch in the long-running trademark battle, is to go. “I cannot exclude nor confirm it at the moment,” was Bendl’s reply to HN.

The launch of the special audit was selectively reported before it had actually begun, including reported comments from deputy agriculture minister Roman Boček (non-aligned) that he was unhappy with the preliminary results of the checks. These have clearly left a bad taste at the South Bohemian brewer. A news release from Budějovický Budvar on Thursday suggested that the false reports were “caused by insufficient information that the media had at its disposition,” and that the situation described did not correspond with reality.

Boček [no apparent relation to the brewery boss] is a former businessman brought into the ministry by Bendl’s predecessor, Ivan Fuksa (ODS), after serving in a similar position at the Ministry of Transport.

‘Such an interpretation  can very seriously damage the good name of the company and its commercial interests at home and abroad.’

Budějovický Budvar spokesman Petr Samec added that the reports gave the impression that the brewer, which has the special status of a “national company,” had not been subject to ongoing checks from the ministry since 2003. “Such an interpretation  can very seriously damage the good name of the company and its commercial interests at home and abroad,” he said.

Samec added that brewer was subject to continuing checks and reporting, including an annual audit, meetings of the supervisory board every quarter, quarterly reports on economic and other company affairs, and checks by state bodies, such as the finance and customs offices.

A second strand of apparent ministry criticism of brewery management is its slow resolution of the dozens of legal battles with Anheuser-Busch, with Minister Bendl reportedly seeking to seal an out-of-court settlement with the US brewer, now part of the Belgian-based multinational InBev, by the end of the year. Anheuser-Busch appears to be positioning itself better for outstanding legal battles, it had hitherto lost most of the courtroom conflicts, and a possible privatization of the Czech brewer.

The center-right Civic Democrats, who have dominated the agriculture ministry in recent years, have frequently pledged that the state brewer would be readied for a possible sale after first being transformed into a shareholder company, but those promises have been slow to bear fruit with the whole transformation process apparently at a near standstill.

The brewer hit back on Thursday at reports of its failures in the legal battles by pointing out that these had been checked recently by a renowned legal practice acting for the Ministry of Agriculture with no faults found regarding Budějovický Budvar’s actions.

Budějovický Budvar reported at the start of the year a 5.5 percent increase in beer sales for 2011 to a record 1.32 million hectoliters in the face of flat domestic demand. Exports increased year-on-year by 7.8 percent to a record 650,000 hectoliters, or just under half of the brewery’s total sales volume.