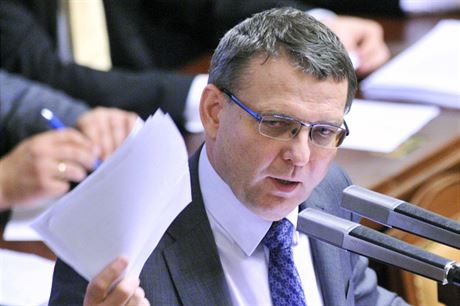 “What bothers me is that if the police really did establish that the testimony about the purchase of a pardon was not based on the truth, the police should act immediately,” Zaorálek told a press conference on Thursday, adding that the police should open an investigation into slander, false accusation and false testimony.

Last week the police announced that they had suspended their investigation into reports that Radka Kadlecová, a former policewoman with the Foreigners Police in the Karlovy Vary region, had received a pardon from Czech President Václav Klaus in November 2009 in return for Kč 2 million paid to the presidential office. In early 2009 Kadlecová was sentenced to two years in prison for repeatedly taking bribes from foreigners seeking Czech residency or work permits.

“If someone spread false information that the clemency was paid for, then I can’t imagine that the police would just suspend such a case and not initiate measures which it is obliged to perform, i.e. investigate criminal acts which were committed in the case the information was false,” Zaorálek said.

Zaorálek said that a number of recent cases suggested that investigations into powerful and influential figures have not been conducted routinely or thoroughly. He mentioned the police’s apparent mistakes when they detained the controversial businessman Roman Janoušek — dubbed the ‘godfather’ of the Prague chapter of the center-right Civic Democrats (ODS) — after he allegedly ran over a woman after crashing into her car and fleeing the scene.

Janoušek, who was drunk at the time of the hit and run incident, was allowed to call on his mobile after being detained and was not forced to sober up before being questioned as is the standard practice. Furthermore, police did not charge Janoušek before releasing him, though they delivered him charges several days later.