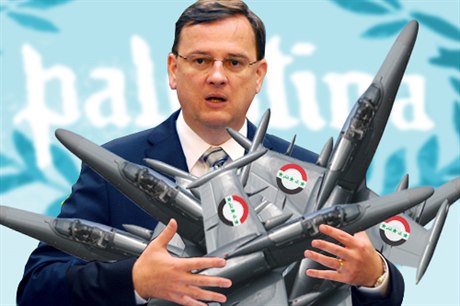 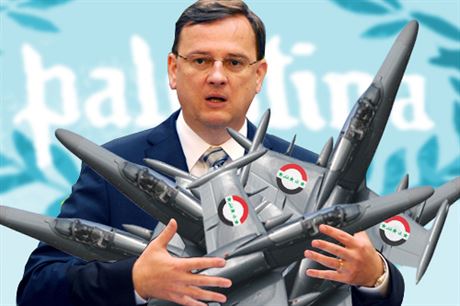 The Czech Ministry of Foreign Affairs has questioned diplomats in the Middle East region about the impacts a veto or vote against recognition of Palestinian statehood in the United Nations could have for Czech relations in the region.

According to several Czech diplomatic sources who spoke on condition of anonymity, if the Czech Republic votes ‘no’ to recognition of Palestinian statehood, it could jeopardize several prospective deals in Iraq, which include ongoing talks on the sale of Czech L-159 light fighter planes.

Iraqi Prime Minister Nouri al-Maliki is due in Prague in October to reciprocate a visit to Iraq in May by his Czech counterpart, Petr Nečas (Civic Democrats, ODS). At least for the Czech side, the most important item on the agenda are further negotiations on the sale of 24 L-159 combat planes produced by Aero Vodochody to the Iraqi air force. Nečas told his Israeli counterpart that the Czechs would not support any initiative for the unilateral recognition of Palestinian statehood.

A “no” vote to Palestinian statehood could torpedo talks on the L-159 deal, which are reportedly at quite an advanced stage: The fact is that for Arab politicians the Palestinian issue is a key election theme. During his visit to Israel last week, Nečas told his Israeli counterpart, Benjamin Netanyahu, that the Czech Republic would not support any initiative for the unilateral recognition of Palestinian statehood.

Palestinian leader Mahmoud Abbas reportedly told US President Barak Obama on Wednesday that the Palestinian Authority would press ahead with its bid for a vote in the UN Security Council for recognition an independent state, despite the Obama’s announcement that the US would veto the motion. Abbas reportedly said, however, that he would delay the initiative to allow for more talks.

The Czechs are in a difficult spot. The country obviously tends to follow the European Union line on foreign policy but consults with the US on sales of military equipment to sensitive areas; in October 2009, for example, a defense ministry official sought Washington’s view on the potential sale of L-159s to the Afgan Air Force, according to a US diplomatic cable published by WikiLeaks, “highlighting the Czechs’ commitment to following the US lead in this matter rather than taking a direct approach with the Afghans and potentially annoying Washington in the process.”

Politics not the only potential stumbling block

The question now is whether the Iraqis would be willing to buy the L-159s following an upgrade by Aero Vodochody. The option of delivering 24 new L-159s is not currently very realistic due to production capacity limitations at Aero Vodochody. Furthermore, it wouldn’t suit the defense ministry, which wants to offload its L-159s, while the price for 24 new L-159s would be considerably higher and likely deter the Iraqis.

Iraqi military representatives are reportedly being particularly cautious in the negotiations with the Czechs due in large part to a bad experience buying “new” Antonov An-32s from Ukraine. After concluding the deal, the Iraqis discovered upon delivery that the planes had in fact been assembled from older parts.

The episode caused a political scandal, and the politicians and military figures responsible for the deal faced accusations of corruption. Unsurprisingly, the Antonov deal has made the Iraqis wary of acquiring modernized older planes.