Czech NGOs call for Roman to quit ČEZ board over probe 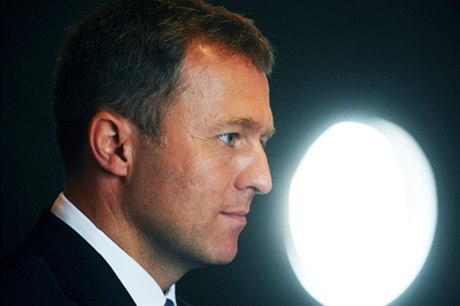 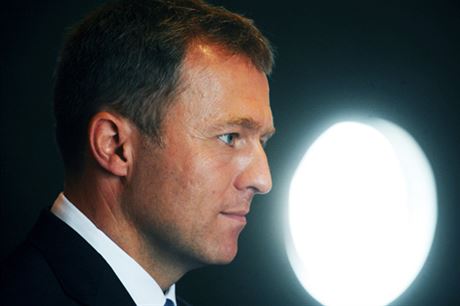 Eleven Czech anti-corruption and good governance NGOs have called on top Czech politicians to dismiss the former head of state electricity company ČEZ, Martin Roman, from his current position as chairman of its supervisory board while suspicions of a conflict of interest involving tens of billions of crowns in contracts are investigated.

The associations leading calls for anti-corruption measures and increased corporate and government transparency said that Roman simply could not remain in the position at ČEZ while he had not cleared his name. The company’s former CEO has admitted to links with offshore trusts connected with the owner of the massive Czech engineering company Škoda Holding, where he was general manager before taking up the job with ČEZ, and which benefitted from multi-billion crown contracts from the energy company during his seven-year stint at the top of the company.

Roman says he cut his links with Škoda Holding when he joined ČEZ. In spite of this, he has failed to clear his name or launch legal action against the Czech daily Mláda fronta Dnes, which has spearheaded the release of damaging documents about him suggesting links between the power company and Škoda Holding, one of its most important suppliers.

‘The presumption of innocence applies for criminal investigations, but not at all for remaining on this crucial supervisory body.’

They organizations said the government’s move to put Roman on the supervisory board although he is closely connected with his replacement and long-time second in command at ČEZ, Daniel Beneš — and would be monitoring his own era in power — broke with a basic recommendation about company management and good practice set out by the Paris-based club of developed countries, the OECD, of which the Czech Republic is a member.

They add that it is not possible for Roman to maintain a supervisory role at the company while he is being investigated in what could amount to one of the biggest domestic scandals of the last decade. Roman’s departure from the post, at least temporarily, would be in line with practice recommended by the OECD, they added in the joint statement.

“In spite of this, the current situation has not been criticized by any political party, which only goes to fuel speculation about political connections with the former leadership of the biggest Czech company,” the organizations added.

ČEZ is believed to have awarded contracts worth between Kč 17 billion and Kč  20 billion during Roman’s era at the top of the power company.  An investigation carried out by an environmental watchdog, the Ecological Legal Service (EPS), suggested that some of the work carried out by Škoda Holding modernizing and building new coal-fired plants in the Czech Republic was overpriced compared with similar projects in other countries.

The call for Roman to step down from the ČEZ supervisory board tops a six-point set of demands, dubbed the Pankrác  Challenge, which the NGOs have signed up to. The other points call for:

“This is not just about the billions that might have been lost through contracts. It is about a system-wide problem where one of the most powerful state companies could have been defrauded. That is the reason we decided to launch this challenge,” commented EPS’ Martin Fadrný.

‘It is about a system-wide problem where one of the most powerful state companies could have been defrauded.’

The call for a ban on companies with an opaque ownership from winning massive contracts stems directly from the scandal surrounding Roman and the Plzeň engineering company. Final ownership of Škoda Holding, previously Škoda Plzeň, was for long unclear due to the shadowy facts about supposed owner, Appian Group, with suspicions existing that it could have been a front for the engineering company’s own managers — including Roman.

The call for an extension of the NKÚ’s powers is not a new one. A current proposal to do that is proceeding through the Czech parliament but its scope is limited to allowing the watchdog to investigate the activities of local councils, but not their business subsidiaries or state-controlled companies.

“In all the countries surrounding the Czech Republic, some sort of control by the equivalent of the NKÚ is possible where the state has majority control of companies and in some cases where it even has a small shareholding,” commented the chairman of the anti-corruption NGO Oživení, Štěpán Rattay.

The combined value of Czech state and municipally-owned companies which are not covered by the state auditor is estimated at around 9.0 percent of Czech GDP. “This is a large share of the economy that is not being supervised,” Rattay added.

The call for the Czech Republic to adopt a wide raft of OECD good management and corporate governance recommendations stems from the fact that the county fails to meet most of the principal demands set out for state-controlled companies.

“The government should create an expert group with experts from corporate management, economics, from ministries, anti-corruption organizations and other experts which could work together on an all-round proposal to increase the transparency of these companies and make this  one of the tenants of the [government’s] anti-corruption strategy,” the organizations added.

Transparency International’s (TI) Jiří Boudal said no deadline had been set for the politicians to whom the challenged was addressed to reply. “If they do not want to take the steps we have suggested then they should explain why,” he added.

In connection with suspicions that ČEZ might have been stung for billions of crowns from overpriced Škoda Holding contracts, Boudal told Czech Position that he had tried to contract major minority shareholders, most large pension funds and other institutional investors, to stir up their interest and demand action from the company.

Boudal said TI had tried to stir up similar interest at ČEZ’s annual meeting in June 2010, when it claimed that the coal-fired power plant contracts had been too expensive — and the company’s supervisory board had showed no enthusiasm to act. “We got the support of three million shareholders for a motion calling for action although it failed. But we don’t know who precisely supported that motion,” he said.

As well as being the site for ČEZ’s headquarters, the Czech suburb of Pankrác is also the site of the country’s most infamous prison, a destination which Martin Roman might not avoid if the conflict of interest charges are proved.