Why don’t the Social Democrats want the people’s choice for Czech president to be allowed to appoint ČNB board members? 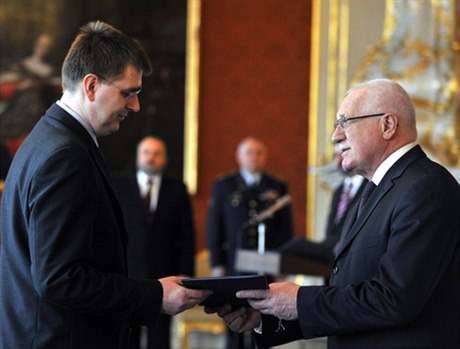 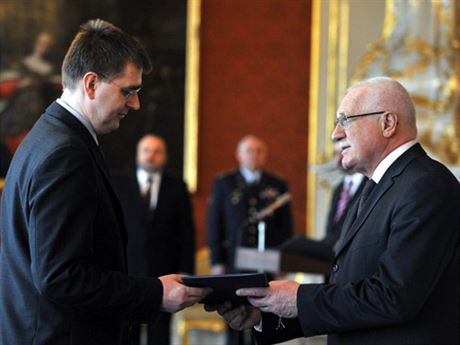 Far from increasing the powers of the Czech presidency, the escalating debate about new legislation allowing for direct elections of the head of state have actually been accompanied by sugestions that the future president’s powers be curbed.

The main opposition party, the Social Democrats (ČSSD), have demanded the powers of the head of state be curtailed in a number of key areas. Perhaps the most important is the future president’s power to appoint the Czech National Bank (ČNB) board.

The center-left party is insisting that central bankers be subject to approval by the government or the upper house of Parliament, the Senate. On the other hand, they want the president to have the right to name the heads of the Supreme Administrative Court (NSS) without the government’s consent.

According to Czech Position’s information, the ČSSD is concerned about the growing influence of financial groups in politics and view government or Senate confirmation hearings as a way to avoid having the central bank become the sector’s puppet. For a multi million-crown campaign contribution, for example, they fear one of these powerful financial groups could influence the future president’s choice for ČNB governor, deputy governors, and board members. The guardians of the Czech financial market would be in their pockets.

“The current proposal would, if a president were directly elected, only increase the desire of financial institutions to seek influence over their regulator. The logical concern, therefore, arises that in exchange for financing the campaign, which will be expensive, they would require influence over the composition of the Czech National Bank,” MP Jeroným Tejc (ČSSD), a member of the parliamentary Constitutional Law Committee, told Czech Position.

Constitutional law expert Jan Kysela, an associate professor of law at Charles University in Prague, expressed a similar view. “Ask yourself why you would support the campaign of a presidential candidate to the tune of Kč 20 million. You may be an altruist. You may also want to assert your interests at the ČNB,” he said. “It is absurd that the members of the bank board are decided upon only by the president. In my opinion, the Senate should have a say.” Kysela was less enthused about the prospects of the government in power making such decisions.

Eyes on the ČNB Prize

The powers of the Czech National Bank are extensive. It supervises the banking sector, capital markets, insurance companies, pension funds, credit unions and exchange offices. Among other things, the ČNB:

MPs last week approved the bill on direct presidential elections in a first round of voting. The Social Democrats would like to submit changes to the government’s draft legislation during the second reading, which is expected in November. The center-right coalition government (ODS-TOP 09-VV) has reacted negatively to the ČSSD’s proposal regarding the central bank and consider that the bill as it stands already represents a compromise.

“I’m rather a bit surprised at what the Social Democrats, who strongly voted in favor of direct presidential elections, are now proposing — an option that was more or less discussed among the four political parties [i.e., all parties in parliament except the Communists] — something that does not sit with direct elections,” Justice Minister and ODS deputy chairman Jiří Pospíšil said last week. “It doesn’t represent a systematic change, which could be logical, but a minor change concerning only the appointment of the ČNB board.”

If the government’s proposal passes the lower house of Parliament (the Chamber of Deputies) it will still need the support of 49 senators, where the ČSSD have a majority of 41 seats and ODS and TOP 09 have just 30 senators. If defeated, the proposal for a constitutional change could not be revived, as such draft legislation shot down by the Senate cannot be modified and resubmitted, and the upper house of Parliament cannot be overruled.

How to recall the President?

MP Tejc of the parliamentary Constitutional Law Committee notes that there are other conditions that the ČSSD are demanding before they will give the government’s proposal the nod. One of them relates to the criminal responsibility of heads of state.

Under current Czech legislation, the president cannot — with the exception of high treason — be charged with a criminal offense or be impeached. In this regard, some ČSSD deputies have come up with a rather radical solution — the introduction of a popular vote allowing the recall of a head of state. This would apparently eliminate the more problematic path of introducing criminal responsibility for the president.

MPs were inspired by Austrian legislation, under which Parliament can initiate a referendum on the impeachment of a president. However, if people reject the recall of the head of state, the president must dissolve Parliament; this effectively prevents the overuse of attempts by MPs to unseat a president.

Although the Social Democrats have not revealed their hand, they will probably not support direct presidential elections if a compromise cannot be found. And so the hopes of Czechs who have for years urged their policymakers to allow them to elect their own president will be dashed upon the rocks.

According to the latest research by polling agency SC& C, Jan Fischer, the unaffiliated former head of the Czech Statistical Office (ČSU) who became prime minister of a caretaker government in 2009, would stand the best chance of getting to Prague Castle if direct presidential elections were held today.

When asked to name specific people they would support among likely candidates, the names were rather different:

Fully 63% of those surveyed said they would not chose any of the above candidates.