Czech museums have added 50,000 artifacts to the growing European digital archive being created under the rubric of Europeana 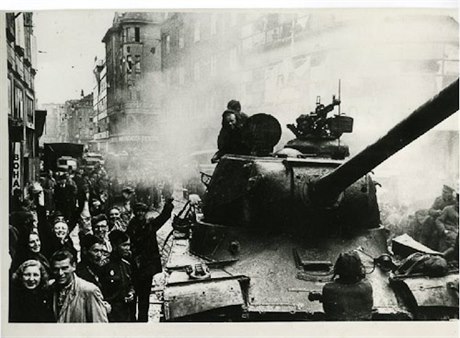 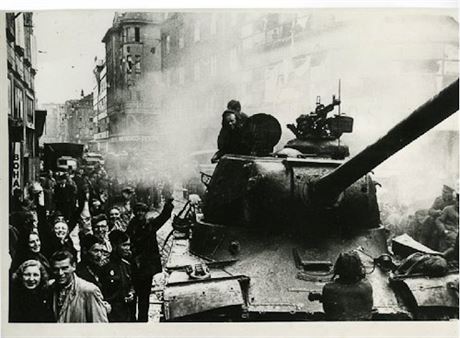 Europe’s cultural heritage is going digital, and the Czech National Museum (Národní muzeum) recently announced that it has made 50,000 artifacts available on the EU’s online portal Europeana. The collections encompass a broad spectrum of Czech history, art and daily life, containing everything from photographs of war to ancient manuscripts, archeology and antique children’s dolls.

The Europeana project extended from 2009 to 2011 and saw a total of over four million artifacts placed on the portal, including major cultural landmarks such as the drawings of Leonardo da Vinci as well as Isaac Newton’s groundbreaking book on the laws of motion. Towards the end of 2010, there was a push to speed up the digitization process, and the entire project went through a series of revisions due to the significant costs involved.

One of these revisions was the transformation of the main Czech portal from virtualni.nm.cz to eSbírky.cz (which translates as “electronic collections”). The revised portal incorporates the digital collections of a number of national and regional Czech museums.

Kateřina Musílková, the manager of the eSbírky project at the National Museum, told Czech Position that the actual digitization work was carried out by the individual museums. The eSbírky project’s responsibility was publishing the artifacts on the Europeana website. There were significant issues involving the collections’ data structure in addition to intellectual property rights.

Musílková insists that the best collections in the country’s museums were chosen to go onto Europeana, making it hard to choose a list of highlights. Nevertheless, she says she is particularly interested in the National Museum’s photography collection of the Czech uprising at the end of World War II as well as photographic archive relating to the first Czechoslovak prime minister, Karel Kramář, whose former villa in Prague overlooks the edge of Letná Park.

The 50 stark images of the 1945 Prague uprising contained in the collection offer an intimate view of a great moment in history. The photos veer between brutal images of death and oppression (showing the suffering of both Czech and German civilians) and celebratory moments of German-language signs being torn down and the Red Army being greeted as it enters various Czech cities.

“The good news for Czech museums is that visits at the eSbírky portal are great and our work wasn’t useless,” Musílková said, adding that the site is averaging around 100 daily visitors. “Achieving the goal of having 50,000 items online is amazing, and though I’m sure the online collections will grow, there is no exact number I can give as to how much.”

The modern Czech history section is balanced out by a range of fascinating everyday objects, from a pack of Partyzánka cigarettes to advertisements to collections of women’s clothes and hats.

The collection of the Museum of Czech Tramping has achieved a virtual existence before getting an actual physical home. The sampling of this very specific Czech subculture includes an Indian chief headdress, flags, posters, a boomerang and a document of one of the nature lovers being subjected to a Kč 50 fine for trespassing.

The Coffee Museum, the Postal Museum and a collection from the Museum of Romani Culture add further dimension to the online display. The collections from regional museums offer more than the trappings of local life. The Regional Museum in Chrudim, for example, has a large collection of posters by the famous art-nouveau painter Alphonse Mucha (or Alfons Mucha in Czech).

Musílková  indicated that among future additions is the digitized archive of Radio Free Europe, which is currently under preparation.