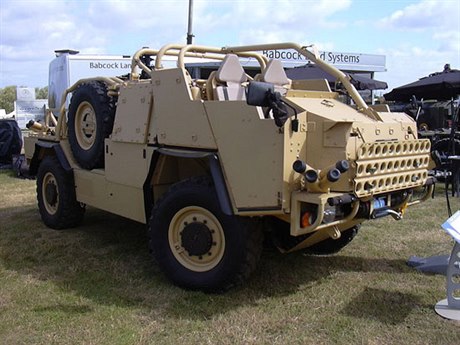 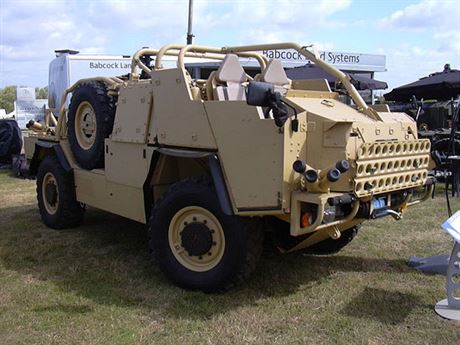 It appears Minister of Defense Alexandr Vondra (Civic Democrats, ODS) has at the last minute managed to avoid yet another scandal over military orders. Czech military intelligence planned to buy three Jackal armored cars reportedly for service in Afghanistan. Vondra cancelled the order on the grounds of the planned withdrawal of Czech troops from Afghanistan.

“In agreement with Military Intelligence, it was my decision to cancel the acquisition,” Vondra told the weekly Ekonom. “The change of plan stems mainly from the need to prepare special forces for other tasks, which will arise after the Afghan mission. In any case the Jackals wouldn’t have made it to Afghanistan,” he added.

Nevertheless, according to Ekonom, it’s likely the main reason for Vondra cancelling the order is that the contract with the manufacturer was signed without a public tender being held. The deal was brokered by the Czech firm MPI Group owned by Michal Smrž, who, along with former defense minister Martin Barták (ODS), faces criminal charges over his role in the Tatra affair.

In 2006 when Barták was deputy minister, the defense ministry placed an order for 556 all-terrain trucks from the Czech manufacturer Tatra for 2.6 billion without a public tender being held. Former US Ambassador to Prague William J Cabaniss (2004–2006), who joined the supervisory board of the US branch of the Czech truck maker Tatra after leaving the ambassadorial post, alleges that Barták solicited a bribe from him during a trip to Washington DC in February 2008 in order to smooth over problems the company was having with a subcontractor.

The trucks were eventually delivered in 2009 following serious delays. Czech police began investigating the corruption allegations over a year ago.

Day of the Jackal

According to the European public procurement Directive 2004/18/EC, the award of public contracts must be made on the basis of an EU-wide tender procedure. However, it provides for an exemption from this obligation in cases where the contracting authority buys specific military material and a public tender would put the essential security interests of the relevant Member State at risk.

The failure to hold a public tender, however, immediately raised suspicions that the perspective order may have been “tailored to size” for the manufacturer of the Jackals, the British firm Supacat Ltd. “We don’t know about anything being ‘tailored to fit’, or that the interest by the defense ministry would give rise to suspicions,” MPI’s business director, Lukáš Šebesta, told Ekonom.

In addition to the Tatra affair, the deal brokered by the MPI Group for the delivery of 19 German-made AFT Dingo armored cars to the Czech defense ministry for more than Kč 700 million was also shrouded in controversy. In a secret recording obtained by the daily Mláda fronta Dnes, former deputy defense minister Jaroslav Kopřiva described the deal as a “purely Barták scheme, from which Smrž made a mint.”

The defense ministry refused to answer to the suggestion the order was cancelled due to suspect circumstances. “We will not comment on your speculation about the purchase,” ministry spokesman Jiří Štábl told the weekly.