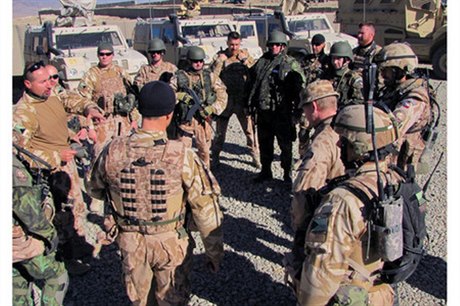 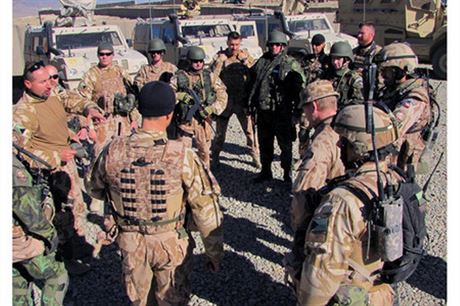 The Czech Operational Mentoring and Liaison Team (OMLT) unit of military trainers and artillery experts are to accompany Afghan soldiers in combat in the volatile Maidan Wardak province in central east Afghanistan. The unit’s commander, Martin Botík, says the mission will be the most challenging yet for his men.

“We will fight, eat and recuperate with the Afghan soldiers 24 hours a day,” Botík, who is leading the fourth Czech OMLT mission, told the official NATO news service in Czech, natoaktual.cz, adding that the majority of the soldiers in his unit have served on missions in Afghanistan.

Nevertheless, the Maidan Wardak province ranks as one of the five most dangerous areas in Afghanistan, where ambushes upon NATO and Afghan troops by Taliban fighters are an almost daily occurrence. ‘We’re preparing ourselves in such a way so that we all come home.’

The unit led by Botík will relieve their commrades currently in the same province on the third Czech OMLT mission, which was deployed in October last year. “We’re preparing ourselves in such a way so that we all come home,” Botík said.

Last year, two soldiers in the second Czech OMLT were killed. One was killed by a roadside bomb, and the other, shot in a Taliban raid on a forward base, died in hospital in the Czech Republic.

The first Czech OMLT unit was deployed in Afghanistan in September 2010. Initially, the mission selected Afghan troops and appointed their commanders deemed suitable and prepared for combat, then together with their Afghan trainees transferred to Maidan Wardak, where the Czech OMLT missions have been deployed since.

The fourth Czech OMLT mission will be equipped with the new CZ 805 BREN rifles produced by the Czech arms producer Česká zbrojovka, which are replacing the Vz. 58 rifles, also produced by Česká zbrojovka and first introduced in the 1950s, as the standard issue Czech Army rifle.

There are currently 620 Czech military personnel stationed in Afghanistan, the Defense Ministry confirmed to Czech Position on Friday.