From the works of Havel and Mácha to the Tata Bojs and a Hungarian vampire, Europe celebrates its literature 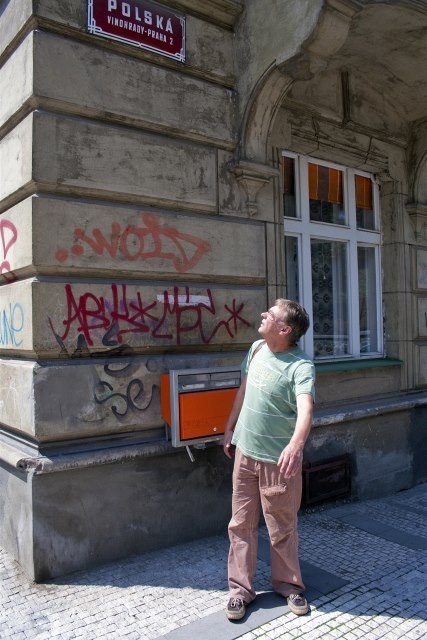 What began as a Czech project called Literature Night has now spread from Prague across the continent, with Czech and European authors appearing and having their work read from London to Yerevan. In its fourth year Czech Centre’s European Literature Night (ELN) is celebrated differently in different locations, whether it’s a showcase of emerging writers at the British Library, Romani writers in Munich, or Czech actors reading from European writing in Prague.

European literature is an imposing cultural category, evoking literary titans such as Shakespeare, Cervantes, Goethe, Tolstoy, Proust and Kafka among so many others that a single lifetime likely doesn’t provide sufficient time to read and re-read them to the degree they deserve. In fact, one could argue that European literature is sometimes presented as too imposing, an airless pantheon of genius that can only be studied and intellectually embalmed.

What makes matters worse, in terms of time constraint, is the fact that European writers continue to write, adding to the mountainous pile of words that explore, celebrate, regale against and even prophecy the end of the human condition. How can anyone possibly choose new and often unknown names to add to their reading list when the list is already populated with so many recognized classics?

This is where ELN serves a vital function. Rather than getting a headache sorting through literary webpages and “Best of” lists it allows people to get out on the town and get in touch with some of the best of both old and new writing.

As the point of origin of ELN, Prague is now on its sixth year of celebrating European writing by having well-known Czech actors give readings at a varied and always interesting choice of locations. Last year’s Prague events were centered around the city’s Libeň district, an area famously associated with Bohumil Hrabal. This year’s events will take place in Smíchov – Prague 5, with readings taking place in an old train car, a 16th century water tower and a Baroque summer palace among other sites.

Among the work being read is Austrian writer Josef Haslinger’s novel Jáchymov about the tragedy of communist imprisonment of Czech goaltender Bohumil Modrý. The Czech translation of Jáchymov will be read by actor Jan Budař.

Another European writer with a Czech connection is Poland’s Janusz Rudnicki, whose book Mój Wehrmacht (My Wehrmacht, and into Czech as Mein Kampf a moje jiné boje) was recently released in a Czech translation. Rudnicki has previously lived in Prague among other Central European cities. Rudnicki’s short story The Sorrows of Idiot Augustus is one of the standouts of Dalkey Archive’s Best European Fiction 2012.

ELN doesn’t only give a boost to writers and readers but to publishers, especially publishers specializing in lower profile European fiction (i.e. everything besides UK/Irish writing and Scandinavian crime fiction). One of those publishers is the newly established UK-based Stork Press, which specializes in writers from Central and Eastern Europe. One of the publisher’s upcoming novels, The Finno-Ugrian Vampire by Hungarian Noémi Szécsi was chosen for London’s ELN.

“Having one of our books selected for the ELN event is hugely important.Literature in translation comprises less than 5% of the UK publishing market which is a scary number if we look at the publishing markets in countries like Germany, France or Poland,” Stork Press publishing director Joanna Zgadzaj told Czech Position.

“ELN is all about celebrating literature in translation and we have already seen interest in the book from high profile magazines and newspapers because of The Finno-Ugrian Vampire's selection,” Zgadzaj said, adding that US and Canadian rights were recently sold as well.

Szécsi herself agrees with the notion that ELN provides a valuable opportunity to grant exposure to a literature that is woefully under-known in the UK among other large markets. Asked how much she thinks the British public knows about Hungarian writing Szécsi gave Czech Position a stark assessment.

“Practically nothing, I guess. Maybe they know that a Hungarian writer–Imre Kertész was awarded the Nobel Prize in 2002–and as far as I know translations of the novels by Sándor Márai were well received in Britain. But if a Hungarian novel gets translated in Western Europe, it is translated into German; Hungarian culture traditionally has strong ties to Germany,” she said.

“So far the imported cultural goods of Hungary have been the Holocaust and totalitarian dictatorships, so it is time to show something else.”

Czech culture also has strong ties to Germany. With many more Czech books translated into German than into English, Germany and Austria’s ELN events tend to aim for a more in-depth focus.

Vienna’s literature night will feature Czech screen legend Zdenka Procházková, star of classic Czech films such as And the Fifth Horseman Is Fear, reading the work of another classic, Karel Hynek Mácha. A German translation of Mácha’s seminal epic poem ‘Máj’ will be presented along with an exhibition of Mácha’s life and work prepared by the Museum of Czech Literature.

Perhaps the most unorthodox event of all will take place in Berlin, where local Czech inhabitants of the German capital involved in presenting Czech culture will select their favorite Czech books and writers to read and discuss at Shakespeare and Sons bookstore, with authors including Petra Hůlová, Ferdinand Peroutka and Pavel Kohout.

Other highlights of ELN include the Stockholm release of Nanobook by Czech rock band Tata Bojs bassist Mardoša and illustrated by fellow band member Milan Cais. In Madrid there will be a tribute night to Václav Havel, while Tomáš Zmeškal will participate in Amsterdam’s ELN.

Bohumil Hrabal
Vstoupit do diskuse (1)
Registrace: smskou dopisem
A Concerned Citizen Too late - this event already occurred! I really dislike it when Czech... 8:21 17.5.2012