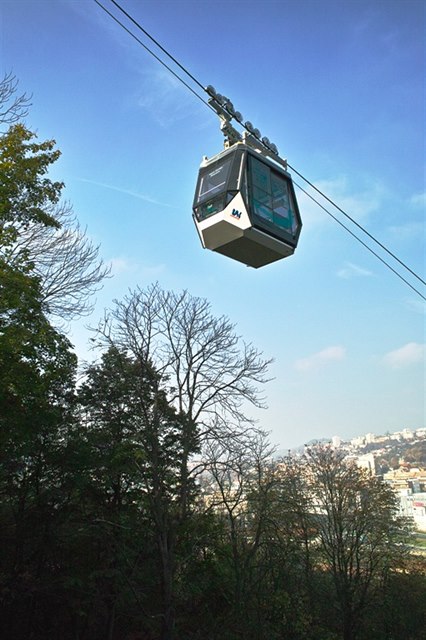 A high point of the northern corruption tour could be a trip in the Ústí cable car foto: © Ústí nad Labem, Česká pozice 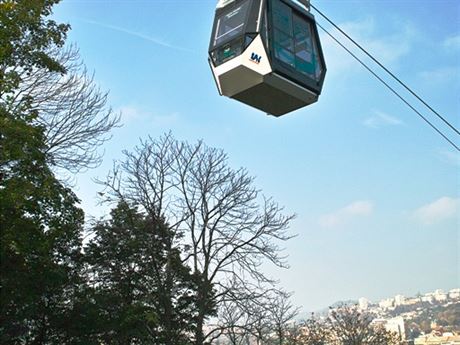 Prague’s landmark four-day tourism exhibition Holiday World at Prague’s Výstaviště showground should have a rather singular participant when it opens on Thursday. Self-styled translator, artist and philosopher Petr Šourek is, according to the Czech daily Hospodářské noviny(HN), due to present his new company, Corrupt Tour, which describes itself as the first “corruption” tour company in the Czech Republic.

Šourek’s idea is to offer a series of trips to sites and monuments highlighting some of the most  recent and notorious corruption scandals.  The tourist hub of Prague is well served with landmarks such as the ongoing Blanka road tunnel, a black hole for municipal funds if ever there was one; Prague City Hall’s main offices, where many corrupt scandals seem to have been born; and the Letňany metro station, whose strange open fields site sparked suspicions of murky deals.

Šourek is also proposing a tour of hospitals, mostly on the edge of the capital, which have become noted for their expensive tenders. The “Hospitals on the edge of the law tour,” which in Czech echoes the title of a popular tv series, includes the IKEM, Motol and Střešovice facilities.

A so-called ornithological safari takes in the Prague villas, or “nests” of some of the wheelers and dealers said to be behind some of the most famous scandals.  The residences of lobbyist Tomáš Hrdlička, lawyer Ivo Rittig, and former CEO of power company ČEZ, Martin Roman, investigated on suspicion of passing orders onto engineering giant Škoda Plzeň, his former employer, after taking up his new job.

For those hoping to get out of the capital, though never too far away from the corruption trail, a coach tour of the northern city of Ústí nad Labem, famed for its collections of political “godfathers” and suspicious municipal projects and tenders is offered. One of the high points, literally, will be the Kč 80 million cable car, which has been described by critics as absolutely useless. A rest is offered in a local park where the benches cost an average Kč 60,000 each, around 10 times the normal price.

The tour operator with a difference insists that the company is a going business proposition which he has put together with friends over the last six months and is not a stunt.  But he admits he is not seeking to make a handsome profit either. “I am not at all at the moment thinking about whether it will be a big earning project. I rather just hope that it will cover its costs,” he told HN. “Of course I have some doubts about whether there will be any interest. But I told myself that I had no reason not to have a go,” he added.

Šourek says, however, that the tongue in cheek tours have a serious aim. “The important thing is that people see how corruption works and what is happening around them,” he explained.

If it takes off, the concept clearly has potential for foreign expansion, say, to the Italian villas favored for meetings between Czech politicians and businessmen on holidays or to Cyprus and the Virgin Islands, some of the favorite locations for shell companies to be established covering the tracks of company ownership and suspicious deals.