Martin Kuba (ODS) was the only one of six new Cabinet ministers who didn’t respond to Czech daily MfD’s survey on income, assets 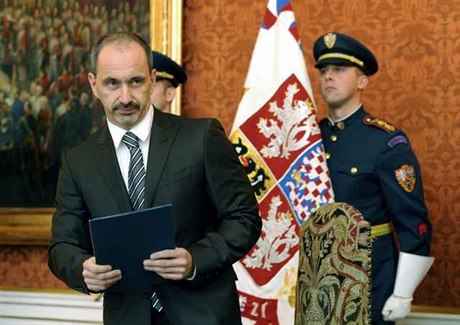 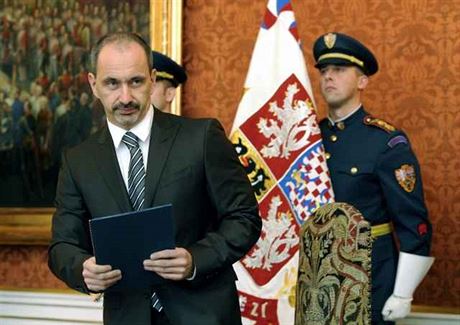 Of the six new Cabinet ministers asked by the largest circulation daily to divulge their property and other assets, only newly appointed Trade and Industry Minister Martin Kuba (Civic Democrats, ODS) has thus far failed to do so.

“I again sent the questions to the minister but do not expect a response today,” Kuba’s spokesman, Pavel Vlček, told Mláda fronta Dnes on Monday; the daily had contacted all six ministers who had succeeded original members in the three-party coalition government of Prime Minister Petr Nečas (ODS).

Kuba, who was deputy governor of the South Bohemia region prior to his appointment as minister, is thought to be backed by the controversial businessman Pavel Dlouhý, whom former ODS prime minister Mirek Topolánek once called the “Godfather” (as in a mafia-type figure) of the region.

The daily said it had posed the questions because a number of politicians had “mysteriously gotten rich” and the assets of top politicians should thus be subject to public scrutiny (as is common practice in most democracies). MfD named ex-prime minister Stanislav Gross (ČSSD) and former transport minister turned Slavia Prague football club owner Aleš Řebíček, who recently sold his stake in the construction firm Viamont for Kč 750 million, as examples.

How the new ministers rank

Karolína Peake, the current deputy prime minister for anti-corruption and deputy head of the Public Affairs party (VV), is “surprisingly well off,” the daily said, owning a 200-square meter apartment on Kampa Island in the Prague city center and boasting Kč 16 million in liquid assets. “Most of our money is in securities, the value of which is volatile (approx. Kč 10 million). In cash we have about Kč 6 million,” she is quoted as saying.

Another VV party member, Transport Minister Pavel Dobeš, was taking home Kč 80,000 per month before he entered politics — more than he now makes as a member of the lower house of Parliament (the Chamber of Deputies). Previously, he primarily worked on the VV party publication Pražan, whose main advertiser was the ABL security and detective agency founded by the party’s de facto chairman and paymaster, Vít Bárta (who was forced to resign over bribery allegations). Dobeš, however, has not yet submitted details about his assets, MfD said.

“The former ministers are on average wealthier than this year’s newcomers. Pavel Drobil [environment], Vít Bárta [transport] and Martin Koucourek [whom Kuba replaced as trade minister] have all acknowledged high incomes and [substantial] assets,” the daily wrote. “In stark contrast is Interior Minister Jan Kubice (nonaffiliated), whose income jumped significantly upon assuming the post. The survey also brought a curious finding: Environment Minister Tomáš Chalupa [ODS] does not own a car (he gets around on a Vespa scooter).”