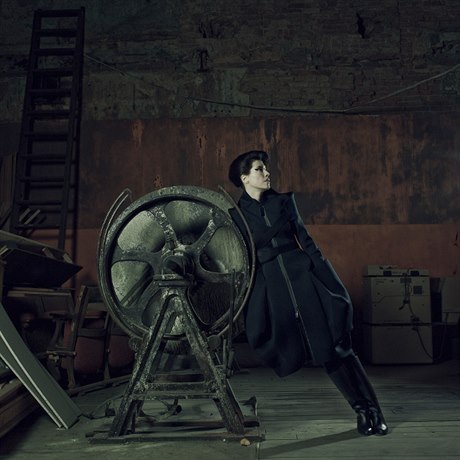 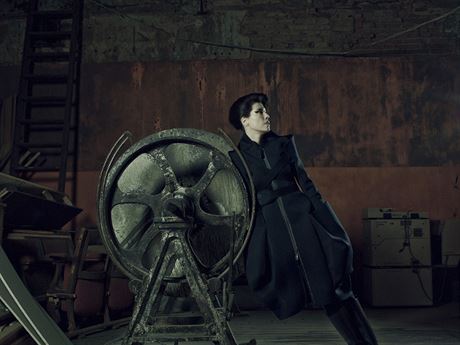 Works by winners and other entrants in the Czech Grand Design awards — given out Feb. 12 — are now on display in the small hall of Galerie Rudolfinum. The annual awards by the Academy of Design of the Czech Republic are meant to draw the attention of the public as well as design professionals to people who are exceptional in their fields.

Ester Havlová, nominated for photographer of the year in 2009, sees this year’s victory in that category as a win for architectural photography as well. It is an underrated niche, even among photographers, according to Havlová.

Behind the lens since middle school, Havlová scored her first commission during her studies at Film and TV School of the Academy of Performing Arts (FAMU) with the help of her professor, renowned photographer Pavel Štecha.

Her path continued in that direction, and eventually she lost her passion for performance photography. Although the approach to shooting live shows and static buildings differs, Havlová says that the product is essentially the same; there is always a certain mood she is striving to convey.It doesn’t matter if it’s a portrait of a performance or a building — it’s always a portrayal of reality.’

“It doesn’t matter if it’s a portrait of a performance or a building — it’s always a portrayal of reality. I don’t make it up, I only interpret it,” she says.

In her interpretations, she always tries to bolster the architects’ intentions. “I enjoy being part of promoting the building,” she says. “I hate criticism, and, in a way, my job is to portray the building in the best light.” On a good day, she might discover a new angle, a detail or color composition gone unnoticed until then, but her loyalty is foremost to the building and its makers, who can point out the structure’s visually strong and weak spots.

A cotemporary architecture buff, Havlová considers herself lucky to be able to collaborate with top architects such as HŠH or Roman Koucký. Good architecture, she notes, “simply lends itself better to the camera.”

Her work doesn’t feature just modern structures. The two projects that earned her this year’s award are a visual map of the Prague metro and a retrospective of Josef Gočár, a leading exponent of Czech cubist design in the 1910s, that she helped to compile along with four authors and two other photographers.

Although the golden era of the Prague metro has long passed, it is still unusually art-infused for a technical structure, Havlová says. “The [stations] built before the revolution are very artistic. The artists’ input is strongly present, including those who have displayed their art creations there like, for instance, [Václav] Cígler, who had a statue showcased at the Náměstí Republiky stop.”

She mentions the A line as the richest architecturally. Even the more recently built stops, like Střížkov, have  angles and moods that many commuters may overlook but Havlová pauses at.

A second-time winner of the graphic designer of the year award, Robert V. Novák would have rather seen the trophy go to a younger fellow designer, he says. The two decades of graphic-design experience put him in a generation that witnessed the field’s baby steps.

Novák describes his self-taught beginnings as “spontaneous and full of rubbish.” A degree in graphic lithography led him to work at printing houses, where he crossed paths with people who would help him land his first projects.

“Those friends that began to set up publishing houses said, ‘Well, you work in a printing house, make us a poster,’” he says. “Or they would become a head of a theater, and I would end up working for Archa Theater for 15 to 16 years.”

He notes that Czech graphic designers have always kept up with the international scene, since radical changes in technology happened around the same time the Soviet influence faded in the late ’80s. “Abroad, they weren’t that far ahead,” he says, adding that the Czech graphic crowd jumped onto the band wagon at the right time.

A photographer, scenographer and curator in the past, Novák now mainly specializes in book design. Some of these designs have won awards this year, including a compilation by an association of engineers and architects titled “Sial, Architekti DAM” that documents the studio’s two decades of work and “Zamlčená moderna,” an examination of the relationship between Czech and German 19th and early 20th century art.

Novák’s mantra is simple: Anything and everything meaningful, and no ads. At the modest Vinohrady-based studio he founded with David Balihar, Novák can’t complain about the crisis deflating his commissions. In just the past year he has completed more artistic books than in other recent years.

To clear his mind in his spare time, he composes scrapbooks that he calls “Filthy Books,” or browses used book stores for inspiration.

2010 has been one of the busiest years for designer of the year Hana Zárubová. In the past year, the full-time mother created seasonal collections for Czech fashion brand Pietro Filipi, dressed the Czech pavilion staff at Expo 2010 in Shanghai and designed limited No.Kolo and Fix-You collections, both of which earned her the Czech Grand Design 2010 award. ‘Many companies won’t let designers do much design work. Instead they copy other brands’ design’

“It’s always been a dream of mine to have my own brand and make smaller, limited clothing series,” she says, referring to the No label she established with graphic designer Štěpán Malovec earlier this year. The No.Kolo collection, which centers around a circle, was born at the Shanghai Expo where Zárubová showcased a large white canvas coated with a quilted, feather-stuffed material that had a removable coat zipped to it in the center.

“The final looks … inspired me so much that I decided to cash in on my experience and design clothes for my own label,” she says. The circle became the base for a series of jackets, t-shirts, feather-stuffed bags and other experimentations with two- and three-dimensional design. “If spread out on the floor, the designs resemble circles with sleeves, hoods or bag handles sticking out. Only after you put them on or hang them up, will you realize what’s going on.”

Endowed with even greater freedom for experimentation when creating her Fix-You collection, Zárubová chose to explore less conventional materials like polyamide and neoprene. The 14 all-black designs took shape on a train ride back from an orthoses manufacturer. Shortly after, Zárubová made the first pieces, embroidered with prints by Malovec.

Zárubova considers “honest material and a superb cut” to be key ingredients of top-notch design. She likes her wool thick and hand-sewn with her Veritas sewing machine. While well-designed collections aren’t lacking, the fashion industry has yet to integrate unique designers, she says. “Many companies won’t let designers do much design work. Instead they copy other brands’ design. That’s why our designers aren’t used to working with technology, don’t know what’s possible to manufacture and what isn’t and, most importantly, can’t create a collection that would function as a whole.”