The government is due to extend the mandate of Václav Bartuška, its appointee to supervise the Temelín nuclear power plant expansion 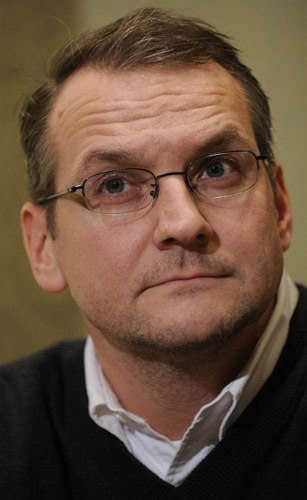 The Czech government is due on Wednesday discuss a proposal to extend the mandate of its ongoing appointee to oversee the expansion of the current Temelín nuclear power plant by state-controlled electricity company ČEZ.

Government representative Václav Bartuška’s term runs out in June this year — ahead of the July 2 deadline for the three international bidders (Areva, Westinghouse and the consortium of Russia's Atomstrojexport and Škoda JS) to submit their bids.

Bartuška is seeking a two-year extension to his mandate to oversee the planned addition of two new nuclear reactors at the south-Bohemian plant, according to the Czech Mediafax news agency.

A former student leader in the Velvet Revolution that helped topple the communist Czechoslovak regime at the end of 1989, Bartuška was formerly the government’s point man concerning steps to improve the Czech Republic’s energy security. The country is heavily reliant on imported gas and oil. That mandate also covered coordinating EU energy security initiatives during the Czech presidency of the EU’s rotating council of ministers at the start of 2009.

Bartuška’s latest role was agreed by the caretaker government headed by former prime minister Jan Fischer (non-aligned) in June 2010. The move was a reaction to fears that almost 70-percent state-controlled ČEZ was making all the running with regard to the nuclear tender with the state having insufficient say over some of the geo-political and strategic aspects of the deal described as the biggest ever public tender in the Czech Republic.

The initial appointment for two years was intended to cover the choice of contractor but the project suffered delays with ČEZ seeking more time to confirm fundamental aspects of how the tender would be framed the frontrunner bidders.

The choice of Temelín contractor has already been accompanied by substantial lobbying by the home countries of the main bidders, the US, France and Russia, with the Czech government worried about the diplomatic fallout from the final selection of a winner, which is due to take place by the end of 2013.