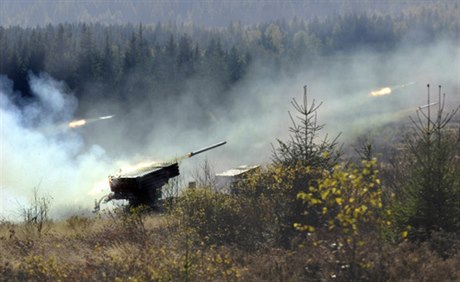 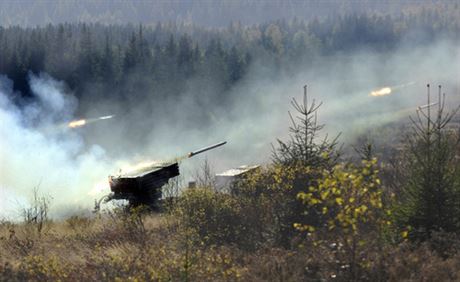 In addition to building two new reactors at the Temelín nuclear power plant, the Czech government is contemplating proposals to make nuclear power the source of up to 80 percent of the country’s energy. Such a strategy would require building more nuclear plants, and a report reviewed by the government on Wednesday says military training grounds are the most-suitable potential sites.

“From the perspective of the impact on surrounding populated areas, it would be advantageous to speedily assess and consider the possibility of utilizing a military area as an advantageous location for the construction of a new nuclear [power] source and influence the decisions on the decommissioning of such areas in time,” reads the report, written by the government’s former energy envoy, Václav Bartuška, as cited by the news server Aktualne.cz.

“A decision to build a nuclear plant on the territory of a military area would remove a large part of the problems, including those relating to [private] property, and would increase the possibilities for the government to influence the choice of investor,” the report suggests. Bartuška is now the government supervisor of the Temelín expansion project valued at some Kč 200 billion; his current two-year term, due to expire at the end of May, was extended by the Cabinet this week.

The Radioactive Waste Repository Authority (SÚRAO) has already surveyed several military training areas as potential locations for a deep underground storage facility for spent nuclear fuels and concluded that the Hradiště military area in northwest Bohemia, nearby Karlovy Vary, and the Boletice area to the west of Český Krumlov in southern Bohemia are suitable spots. Geological conditions required for deep repositories are largely similar to those for nuclear plants.

The military has announced that it is to close the Brdy military range area around 60 kilometers southwest of Prague — once the proposed site for an American radar station as part of wider US plans for a European anti-missile defense system — but SÚRAO deemed it unsuitable due to local seismic conditions.

SÚRAO’s deep repository department head, Jiří Slovák, told aktualne.cz that surveyors have completed inspection of the Hradiště site but further analysis may well show it too is inappropriate, at least for a repository. “The bedrock there is unsuitable,” he said.

Slovák added that SÚRAO will soon conduct a survey of the Boletice military area to ascertain whether to add it to the seven “civilian” sites identified as potential locations for a deep repository. The Czech Republic does not yet have a deep underground repository and all spent fuel from the country’s two nuclear plants — Temelín and Dukovany — is currently stored in temporary storage pools adjacent to those plants.

The temporary storage facilities are designed to accomodate all fuel consumed by the plants during their lifespans. SÚRAO is planning to permanently dispose of all nuclear fuel, currently in temporary storage for up to 50 years, in a deep underground repository to be built in the Czech Republic.

According to the Concept of Radioactive Waste and Spent Nuclear Fuel Management adopted in 2002, SÚRAO is due to decide on a site for a deep repository by 2015.

Any plan to use decommissioned Czech military training areas for nuclear facilities would undoubtedly face staunch opposition from environmentalists. Over the years, due to no forestry or other agricultural activity, large swathes of these areas are deemed to have pristine nature (though others are contaminated and were designated for clean-up in the proposed massive eco-tender).

Former energy envoy Václav Bartuška, however, says that for the foreseeable future at least, it is highly unlikely his proposal will be implemented. “I personally think that it’s not even realistic, but I must present all the options to the government,” the government’s point man on the Temelín expansion told akuatne.cz, adding that the building of two new reactor blocks at Temelín and potentially a new block at Dukovany are currently the country’s nuclear energy priority.

Bartuška’s report also points out that the villages of Blahutovice in the Moravia-Silesia region, and Tetov in the Pardubice region have been identified as potential sites for a future nuclear plant, but that in both areas, demolition of villages and deforestation would be required. “The experiences from northern Bohemia show that these options would be on the borderline of acceptability,” he said, referring to the demolition of villages there to make way for opencast lignite mines.