The Czech Republic’s energy regulator, the ERÚ, is rudderless, and key decisions cannot be taken until a new chief is found 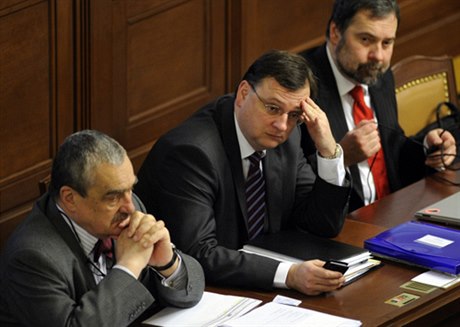 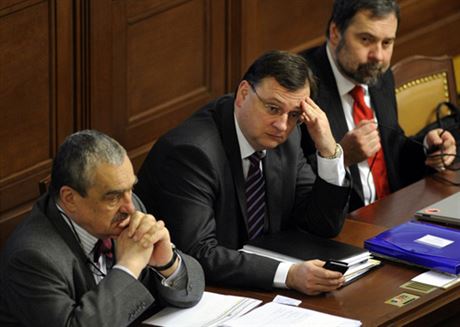 An embarrassing mix up at the center of Czech government means that the country’s main energy regulator, the Energy Regulatory Office (ERÚ), is without a head and key decisions cannot be made.

The mandate of the existing head of the office Josef Fiřt expired on July 4. Government ministers had expected the last Cabinet meeting in June to settle the question of who should fill the post for the following years — but this never happened.

Minister of Industry and Trade Martin Kocourek (Civic Democrats, ODS) told Czech Position that the failure to take that decision is down to the fact that an amendment to the energy law which changes the rules for appointing the chairman of the ERÚ is expected to take effect in several weeks. The government thought it better to hold off on the appointment until it came into effect. “To avoid a mess, the government wanted to be certain under which amendment the post would be filled,” Kocourek explained.

Under the new rules, the ERÚ chairman is named by the president for six years on the recommendation of the government; under the old rules, the appointment was made directly by the government for five years.

The new rules should originally have taken effect at the start of March but are now likely to come into force in around six weeks, following delays getting the measure through the upper chamber of parliament, the Senate, and only being signed by President Václav Klaus on June 29.

The problem is that leaves a long gap where key decisions by the ERÚ chairman — regarding for example prices charged for energy and related services and exemptions to existing rules — cannot be taken.

Aside from the official explanation, government sources have suggested that part of the reason for the delay is the desire of the junior government party, Public Affairs (VV) to have a bigger say in the appointment of the ERÚ chairman.

‘They may rather be looking for someone who would be more immune to the various interests of energy companies.’

“The Prime Minister did not put this point on the government agenda; that’s a fact. But I don’t precisely know the full background to this. I don’t think that VV wants to have influence involving all the appointments at the ERÚ. They may rather be looking for someone who would be more immune to the various interests of energy companies,” said one government source who did not want to be named.

Current ERÚ head Josef Fiřt has come in for a lot of political criticism for the office’s handing of the expensive Czech solar boom, which was fueled by some of the highest incentives for solar generated power in Europe. The level of those incentives is set annually by the ERÚ.

As a result, the Czech Republic faces an ongoing multibillion crown bill to fund solar power and potentially astronomically expensive arbitration proceedings from foreign solar power investors after the government curbed their earning and slapped a retroactive tax on their profits at the end of 2010.

Fiřt has defended himself saying the office warned of the looming solar problems far in advance and had little power to change the incentives because of the rigid framework put in the place by the government.

Politicians seeking the make changes at the top of the ERÚ also face another problem: the complexity of its price fixing and other calculations means that it is difficult to parachute in some political appointee, as is the case in many other ministries or organizations. Fiřt was, for example, in charge of energy policy at the Ministry of Industry and Trade before he took up the new post in 2004.

“The problem is that the ERÚ is complicated and an external appointee would not be able to get to grips with the job quickly,” Fiřt commented. The outgoing chairman says he is ready to stay on if necessary if the government needs more time to make its selection of a successor, presumably from the upper echelons of the office.

Fiřt has made little secret that he would prefer to see his deputy Blahoslav Němeček succeed him, though the erudite and competent official would probably not be to the taste of all the politicians seeking to have a say in the appointment.

That offer looks like it has fallen on stony ground. Meanwhile, the legal and political confusion over finding a new chairman means that the important post could stay unfilled for quite a time to come.