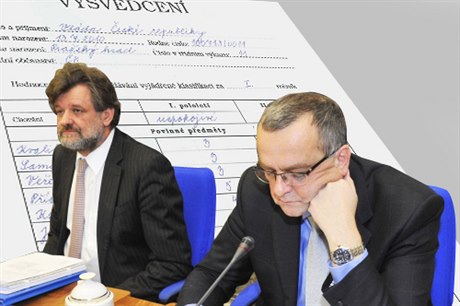 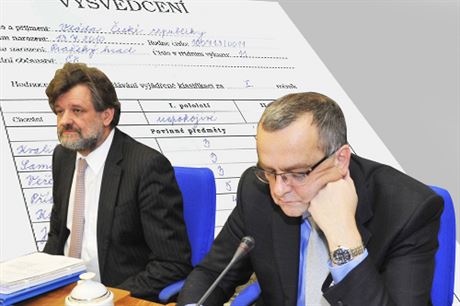 Five NGOs, including Transparency International, say that overall the coalition’s conduct over the past six months in its declared mission to fight corruption has been satisfactory. Nevertheless, the government failed to score a top grade in any of the 11 areas marked; one area where it is deemed to have been particularly poor is combating conflicts of interest and making civil servants more accountable.

The NGOs evaluated the government’s implementation of anti-corruption measures in 11 areas, in each of which the report assesses a range of initiatives, or lack of, by various ministries to improve transparency and reduce the potential for corrupt practices. It awarded grades on their performance on a scale of 1 down to 5.

The Ministry of Interior had the dishonor of receiving the only overall 5, the worst grade possible, for improving public access to information, an area for which it is responsible. “The Ministry of Interior has produced a package of measures that, as a whole, represent a worsening of access and ignore several existing problems (length of application processing, obstructions, neglecting amendments for repeated use of information and open data, and lack of training of civil servants in the area of access to information),” the report says.

The area of control and audits, in which the responsible ministries — finance and justice — received a 4, covers the highly controversial issue of bearer stock through which a company’s real owners can remain anonymous, and the use of companies registered in tax havens. While the report’s authors commend the provision in the draft law “on increasing transparency of legal entities,” whereby bearer stock will be phased out and banned by Jan 1. 2014, they say the government’s overall strategy for increasing ownership accountability remains vague:

“The government obviously doesn’t have a clear plan of how to tackle the problem of anonymous owners conducting business with the state and other public entities and organs. Measures are put forward ad-hoc under the pressure of public opinion, as opposed to through a coordinated approach. The result is the replacement of the proposed bill ‘on commercial corporations’ with the draft of a ‘provisional’ law ‘on increasing transparency of legal entities,’” the report says.

The government has drafted an amendment to the law on financial controls, but the report says the new provisions do nothing to give more independence to auditors or make managers in state organs more answerable for their accounts. For this particular sub-area the finance and interior ministries received a 5.

Another area where the report says the government has almost entirely failed to deliver is conflict of interest. A proposed amendment to the law ‘on conflicts of interest’ is described as “toothless” and “characteristic of the long-term indifference of our lawmakers” to tackle the problem.

“We want to show to the government and society that NGOs are monitoring the government’s approach and actions,” Oldřich Kužílek of the pressure group Open Society told the daily Mladá fronta dnes (MfD) about the aims of the report.

“The assessors believe that the government will receive the criticisms positively as input from expert representatives of the public and will try and improve its grades in the second half of the year,” the Open Up! initiative said in a press release accompanying the report issued on Thursday.

The assessment report has been handed to deputy prime minister Karolína Peake (Public Affairs, VV) who heads the government’s commission for coordination of the fight against corruption. “I’m not sure that we wouldn’t have to see to it that the whole government is arrested in order to deserve ones,” she told MfD on Thursday in an attempt to make light of the government’s grades.

Transparency International | Oldřich Kužílek
Vstoupit do diskuse (3)
Registrace: smskou dopisem
Australian Corruption Of course no country is free of corruption BUT it would be much... 12:05 3.2.2012
jimfreeman Poor marks on government corruption Hardly a surprise that the government... 11:08 3.2.2012
Akita Inu Not far from the mark Although, given the gravity of the situation, Karolina... 19:46 2.2.2012